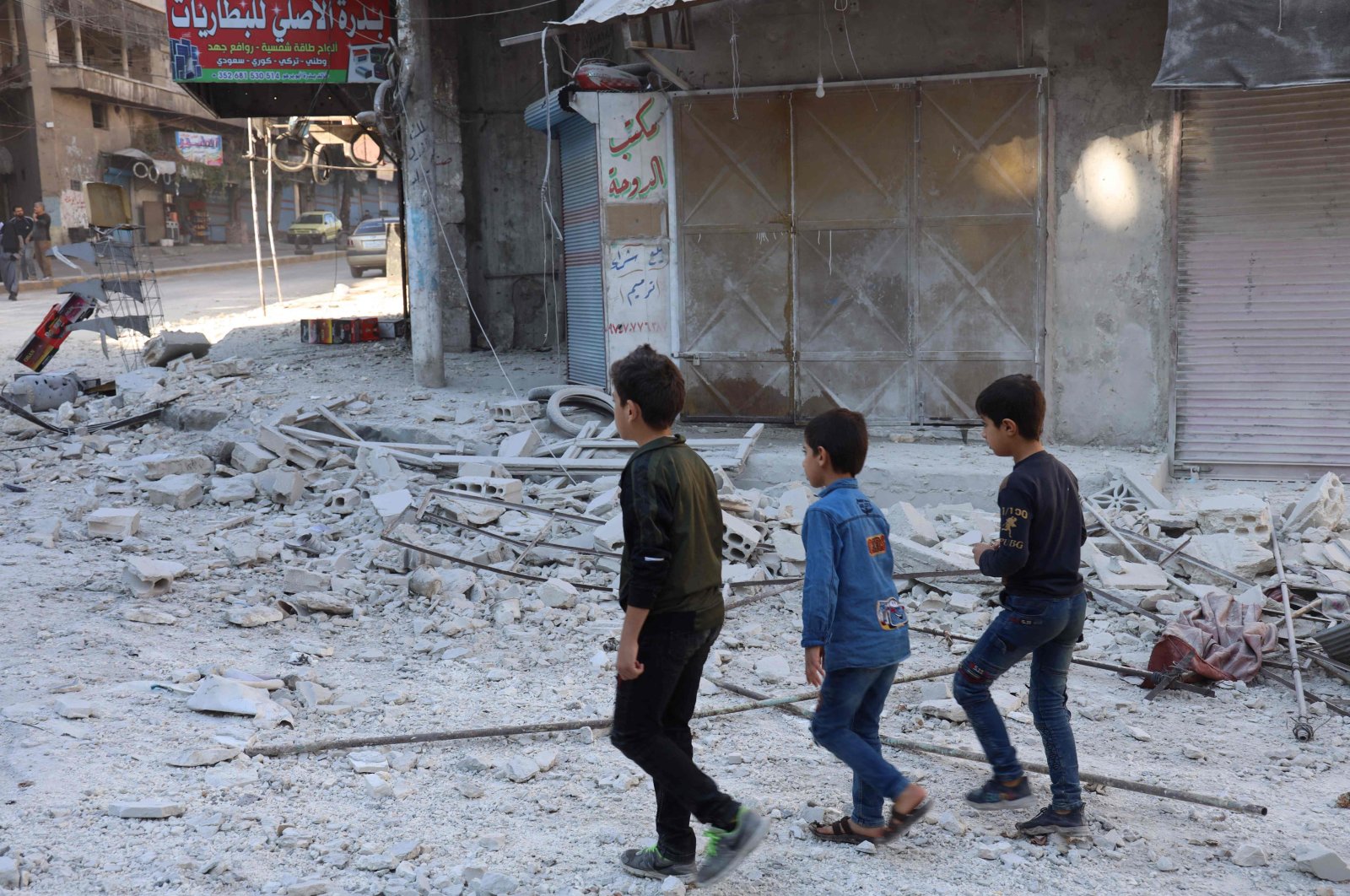 People walk past debris at the site of shelling in the Syrian town of Ariha in the opposition-held northwestern Syrian Idlib province on October 20, 2021. (AFP Photo)
by DAILY SABAH Oct 20, 2021 9:44 am
RECOMMENDED

An attack by the Bashar Assad regime on a marketplace in the Ariha district of Syria’s northwestern Idlib province killed 10 civilians and wounded another 35 on Wednesday.

The attack by regime forces and an Iran-backed militia comes as efforts to draft a new constitution for the war-torn country continue.