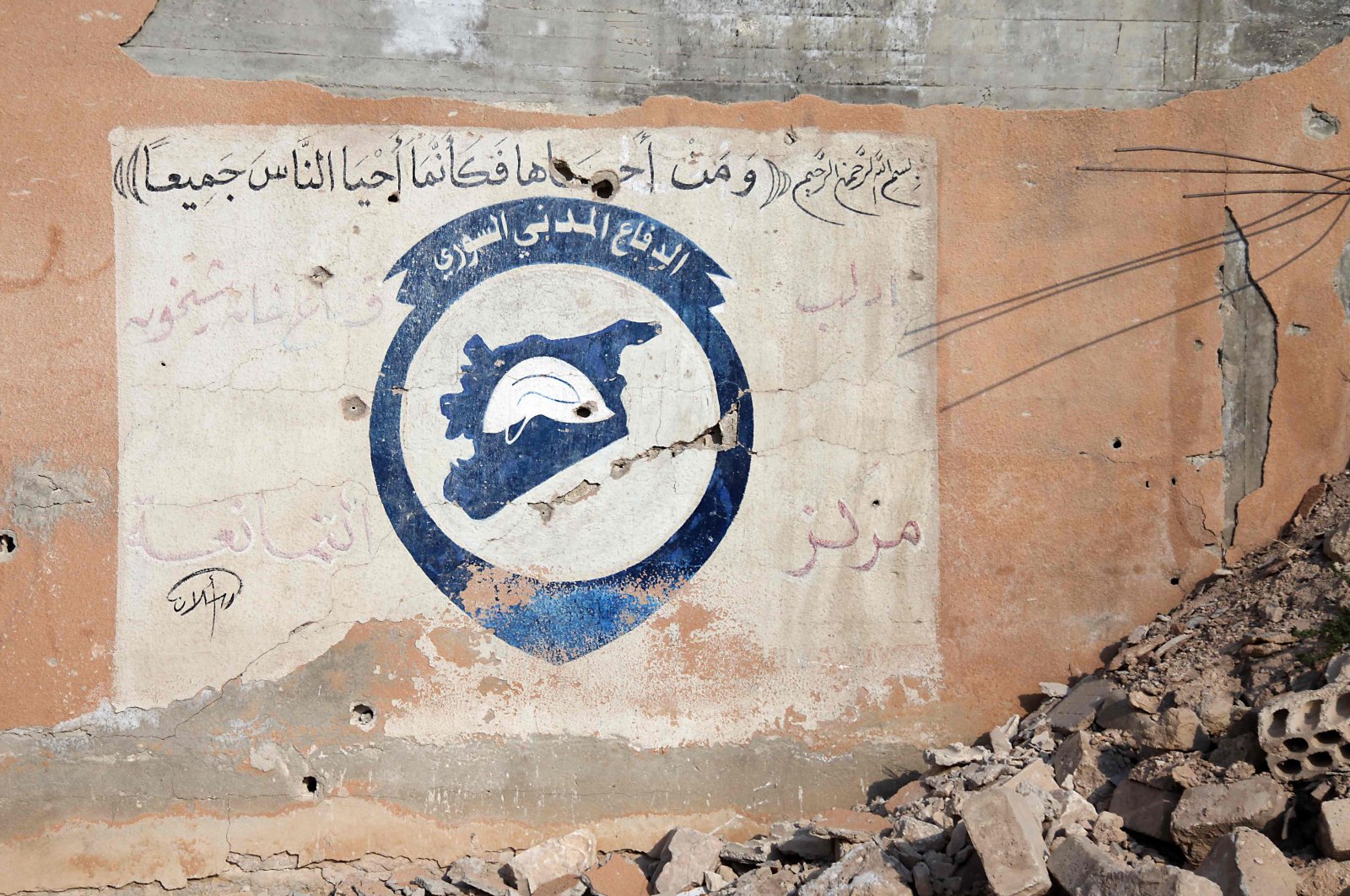 The logo of the Syrian civil defense teams known as the White Helmets is displayed at one of their centers inside a school after alleged airstrikes by regime forces in al-Tamana, in the Idlib province. Sept. 6, 2018. (AFP Photo)
by DAILY SABAH Dec 27, 2020 11:47 am
RECOMMENDED

Five Syrian farmers were killed in an attack by Bashar Assad regime forces in the northwestern Idlib province on Saturday in violation of a March cease-fire.

“Five farmers were killed this morning, in a new massacre carried out by the regime forces in the Al-Ghab Plain, after they targeted a civilian car and a tractor in Al-Zaqqum village in Hama with guided missiles that burned the car and tractor and killed the five farmers,” the White Helmets civil defense group wrote on Twitter.

The attack violated a fragile truce brokered between Moscow and Ankara in response to the months of fighting by the Russia-backed regime that in December 2019 launched military offensives in Idlib, the country's last major opposition stronghold, and displaced almost 1 million people from their homes. Most of the refugees sought shelter at camps close to the Turkish border, while others went to areas under the control of the Syrian opposition. Despite months of calm, the Russian-backed regime has intensified its attacks on the province in recent months.

In May 2017, four de-escalation zones were designated in Idlib as well as in certain regions in neighboring Latakia, Hama and Aleppo as well as northern parts of Homs province, the Eastern Ghouta region in the capital Damascus and the cities of Daraa and Quneitra by Turkey, Russia and Iran in talks held in Kazakhstan's capital Nur-Sultan, also known as the Astana process.