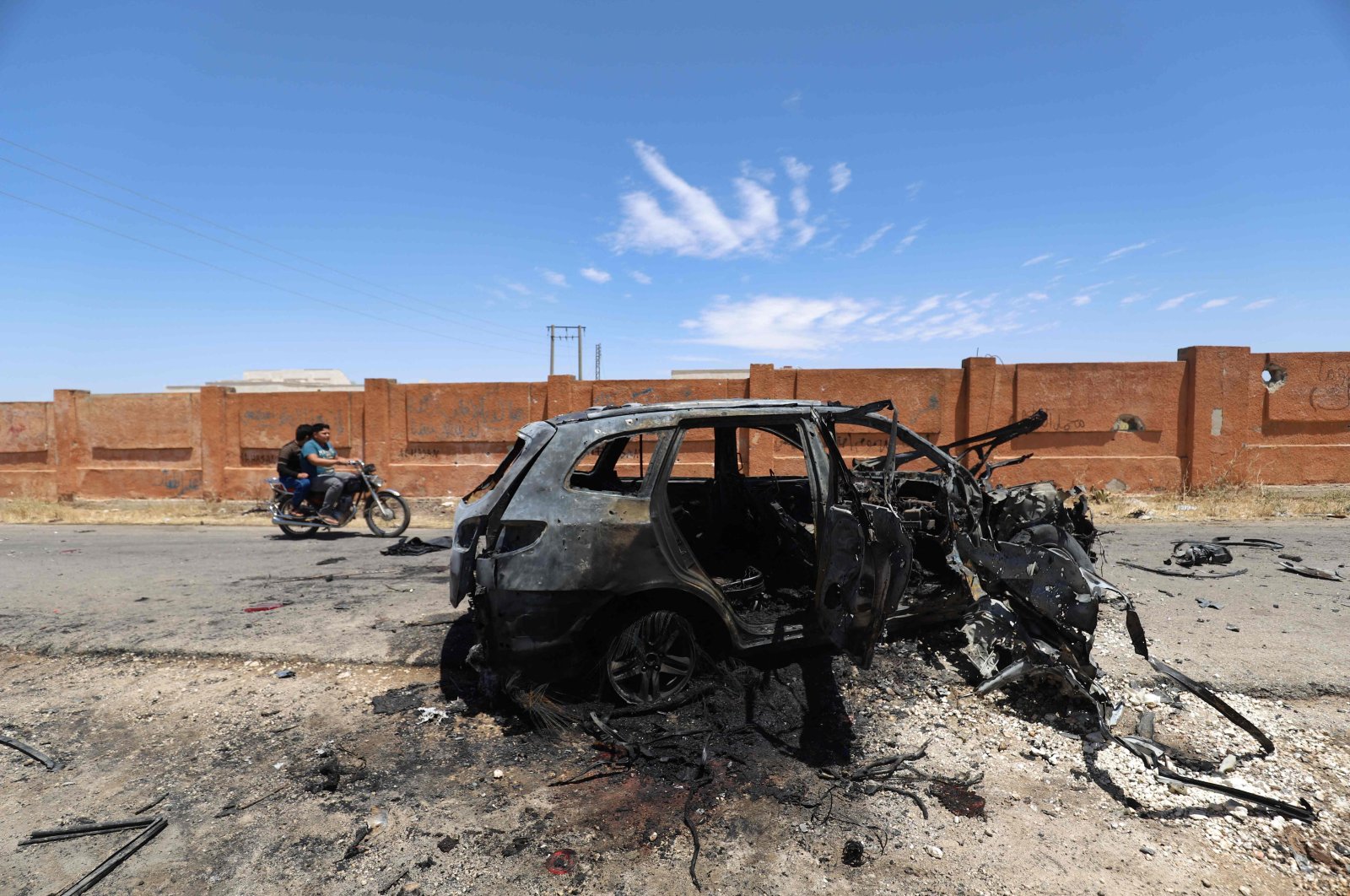 Syrians on a motorbike drive past the carcass of a charred car, hit in a reported bombardment by regime forces on the village of Iblin in the Jabal al-Zawiya region in opposition-held Idlib province, northwestern Syria, June 10, 2021. (AFP Photo)
by DAILY SABAH Jun 14, 2021 12:00 pm
RECOMMENDED

The Bashar Assad regime and its backers have caused the deaths of 20 civilians in the past week in Syria’s northwestern Idlib province while displacing hundreds of people due to artillery shelling.

The Idlib media head of the White Helmets Syrian civil defense group, Firas Khalifa, told Anadolu Agency (AA) that in the past week, 20 civilians lost their lives in attacks conducted by the Assad regime while 36 were injured in violation of a cease-fire.

“Five were children and six were women of those who lost their lives,” Khalifa said.

Furthermore, According to Mohammad Hallaj, director of Syria's Response Coordination Group, the attacks caused the displacement of 1,867 people in the region.

The most recent attack came on Monday when the regime attacked the opposition-held town of Maarat al-Numan, in southeast Idlib in which two children and a woman were injured.