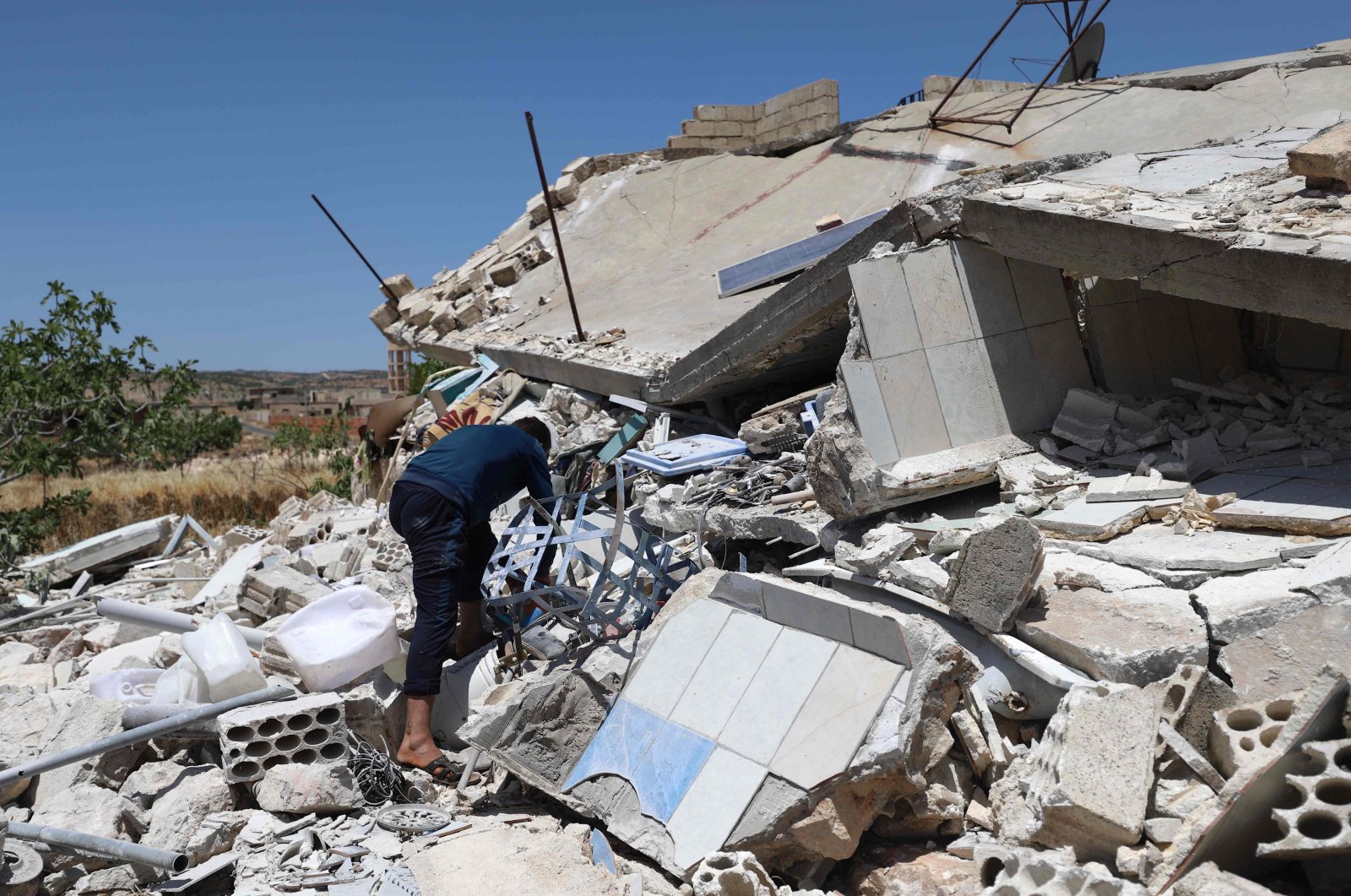 A man looks through the rubble of a destroyed house in the village of Iblin in the Jabal al-Zawiya region in northwestern Syria's Idlib province, June 10, 2021. (AFP Photo)
by DAILY SABAH WITH AA Jun 13, 2021 12:26 pm
RECOMMENDED

Attacks carried out by the Assad regime and its main backer Russia killed one civilian and injured 13 others in northwestern Syria's opposition-held Idlib province on Saturday.

In a separate incident in Kafr Latah, a Syrian civilian was killed and 10 others were injured in attacks by Assad regime forces and Iranian-backed terrorist groups in northwestern Syria on Saturday, according to a Syria Civil Defense (White Helmets) member who spoke to Anadolu Agency (AA).

"Among the injured are two children and one civilian, who is in critical condition," he said, adding that the injured civilians were rushed to hospital for treatment.

Three civilians were also injured Saturday by Russian airstrikes in Syria's opposition-held Idlib province, near the Turkish border, according to civil defense sources in the region.

The attacks, which an opposition plane observation post claimed were carried out by Russia, targeted the villages of Sarja, Mantef, and Ruwaiha in the northwestern Idlib province.

After taking off from the main Russian base in the Latakia province at 5:40 p.m. (2:40 p.m. GMT), Russian warplanes carried out 12 airstrikes, claimed the observation post.

An AA correspondent at the scene transported a child injured in the attacks to the hospital.

On Thursday, regime forces and allied terrorist groups killed six civilians and injured 13 others in attacks in northwestern Syria.

“I strongly condemn today’s attack close to a camp of displaced people, which destroyed a compound used as a school,” he added.