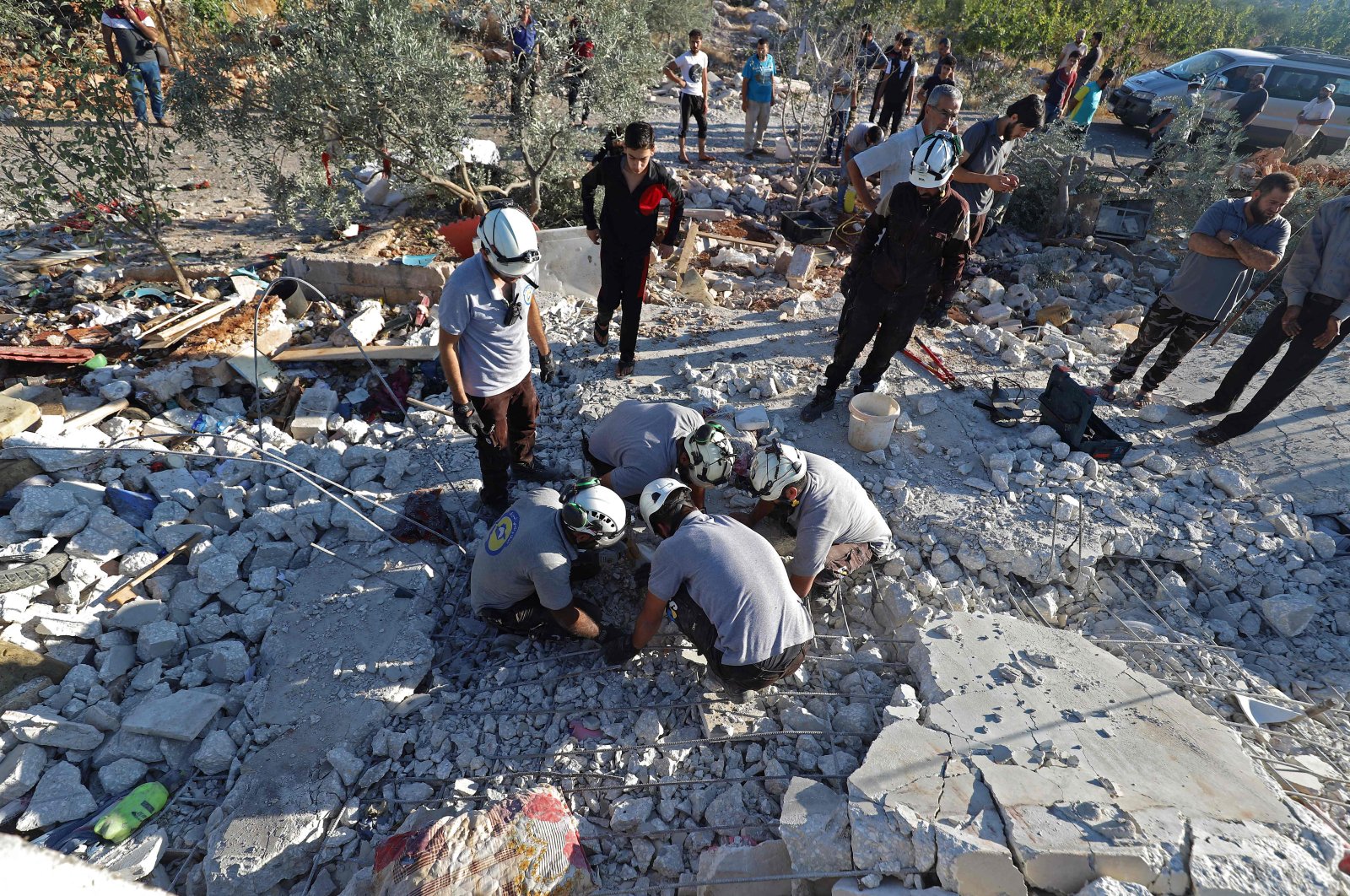 Members of the Syrian Civil Defence (White Helmets) search through the rubble of a building that was knocked down by Syrian regime forces' bombardment in the town of Balashun in the Jabal al-Zawiya region in the south of Syria's northwestern Idlib province, on Aug. 19, 2021. (Photo by Abdulaziz KETAZ / AFP)
by French Press Agency - AFP Aug 20, 2021 11:40 am
RECOMMENDED

Artillery fire early Friday morning on the village of Kansafra in the northwestern stronghold killed four children from the same family, the Britain-based Syrian Observatory for Human Rights (SOHR) said.

An Agence France-Presse (AFP) correspondent saw the father cry over the bodies of three of the children at a cemetery. The remains of a fourth were then brought along and buried in haste as shelling started up again in a neighboring area.

A day earlier, in the nearby village of Balshun, artillery fire by pro-Damascus forces killed four children and the mother of three of them, the Observatory reported.

The Idlib region is home to nearly 3 million people, two-thirds of them displaced from other parts of the country during the decade-long civil war.

A cease-fire deal brokered by regime ally Russia and main opposition backer Turkey has largely protected the region from a new regime military offensive since March 2020.

But regime forces have stepped up their shelling on the southern edges of the bastion since June.