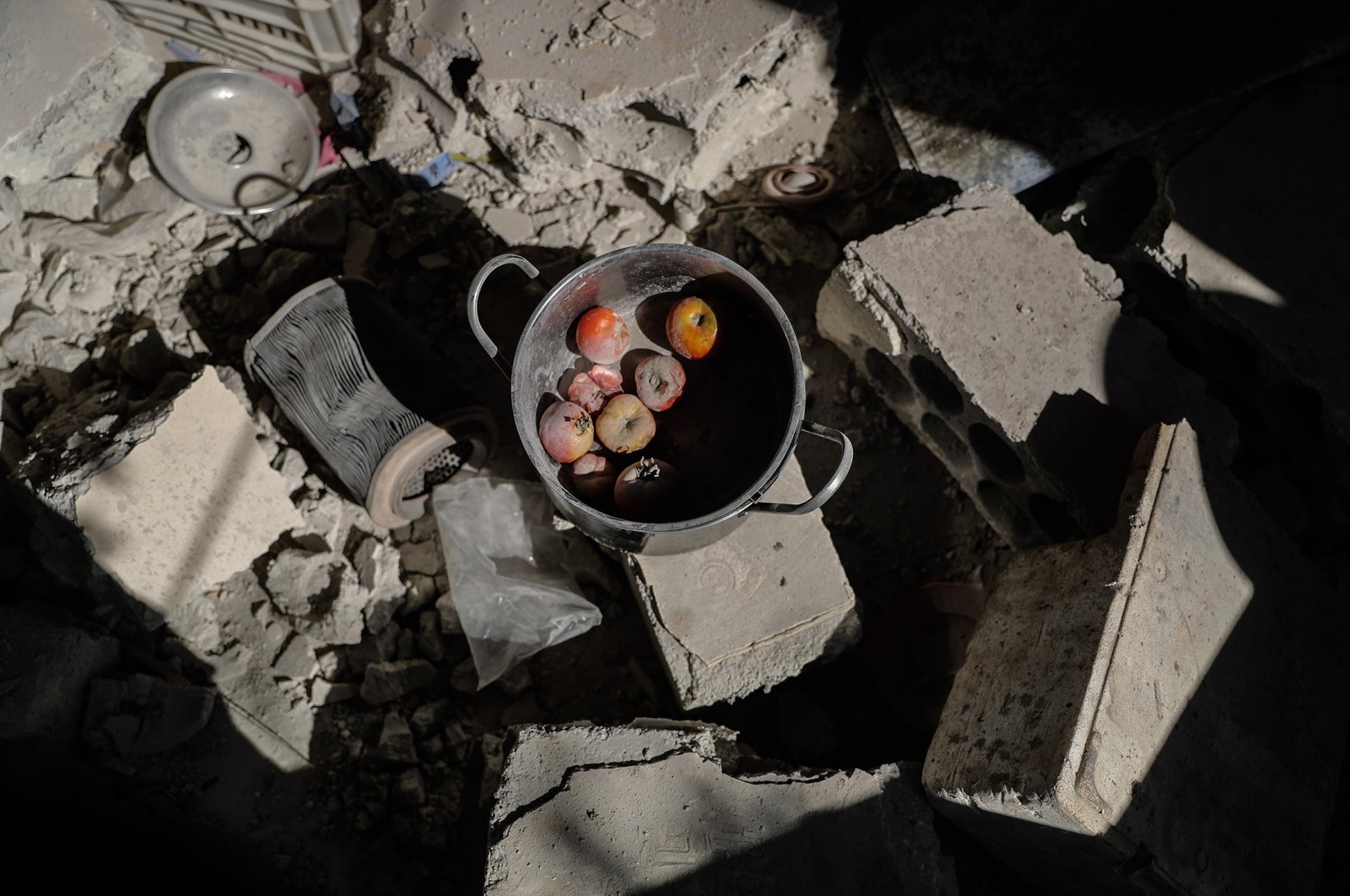 Food remains are seen between the rubble of a residential house that was targeted by a missile shelling carried out by the Syrian regime at the village of Iblin in Idlib, Syria, July 22, 2021. (Getty Images)
by DAILY SABAH WITH AA Aug 19, 2021 9:29 am

An attack by the Bashar Assad regime, in violation of a ceasefire, killed five civilians and injured another four in Syria’s northwestern Idlib province on Thursday.

Over the past decade, around half a million people have been killed and more than 12 million have had to flee their homes.