Assad regime, Russia attacked at least 135 schools in past 2 years 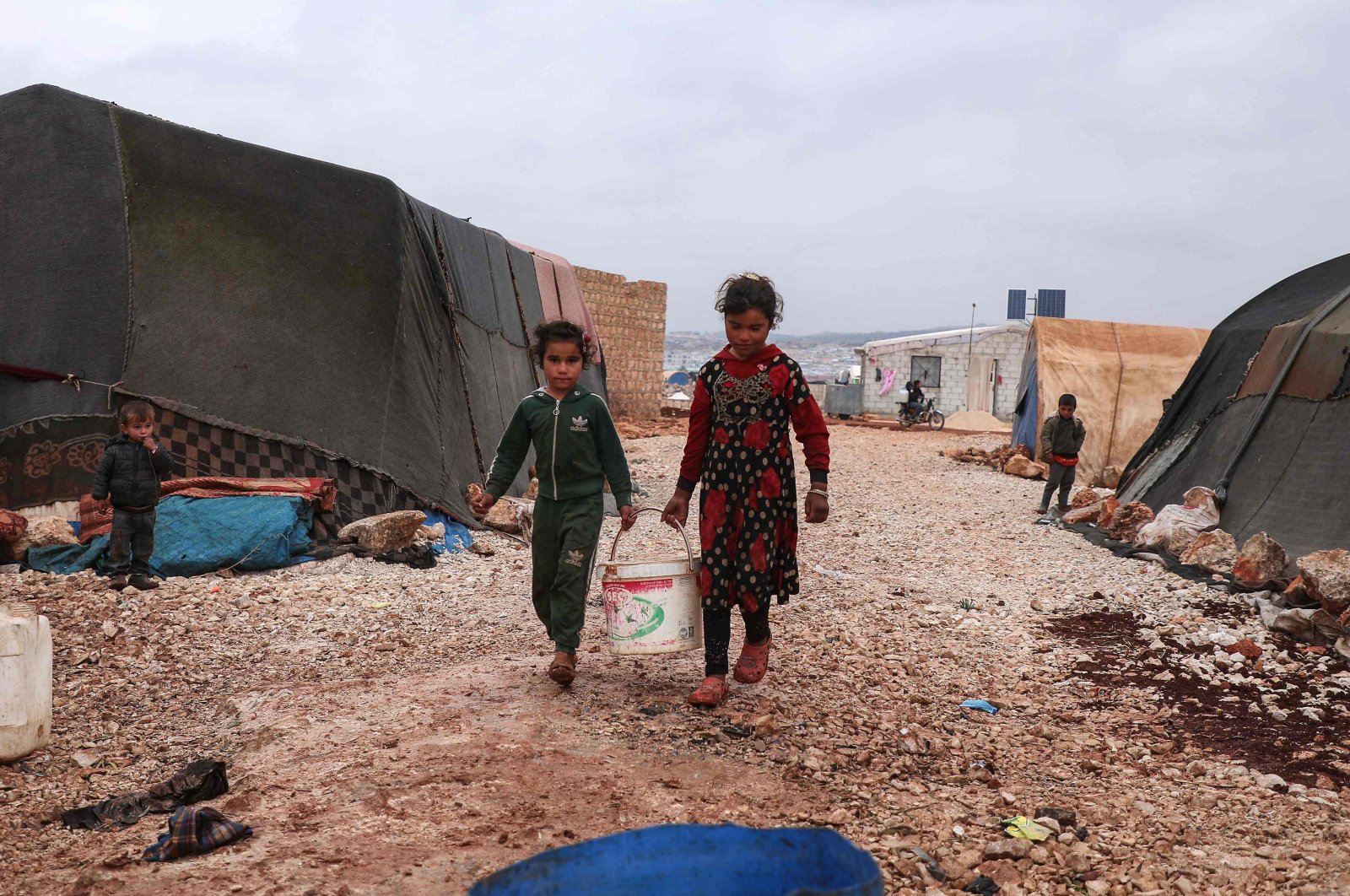 On the occasion of International Day for Children's Rights, children are seen carrying a bucket of water in the Bardaqli camp for displaced people in the town of Dana as winter approaches, Idlib province, northwestern Syria, Nov. 20, 2021 (AFP Photo)
by DAILY SABAH Nov 22, 2021 8:47 am
RECOMMENDED

The Bashar Assad regime and its backer Russia have attacked at least 135 schools in the past two years, the White Helmets civil defense group said Sunday.

“The White Helmets responded to more than 135 attacks by the regime forces and Russia on schools and educational facilities in Northwestern Syria, documenting 89 attacks in 2019, 40 attacks in 2020, and more than five attacks since the beginning of this year,” it said.

Despite the northwestern Idlib province being declared a de-escalation zone under an agreement between Turkey and Russia, the area has been frequently targeted by the Assad regime and its allies.

Most recently, the Syrian Network for Human Rights (SNHR), in a report on the weekend, said that at least 29,661 children have been killed in Syria since March 2011, including 181 due to torture, with 5,036 forcibly disappeared.

“The Syrian regime is responsible for nearly 78% of extrajudicial killings,” it said.

Syria's war is estimated to have killed nearly half a million people and displaced millions since it began with a brutal crackdown of anti-government protests in 2011.