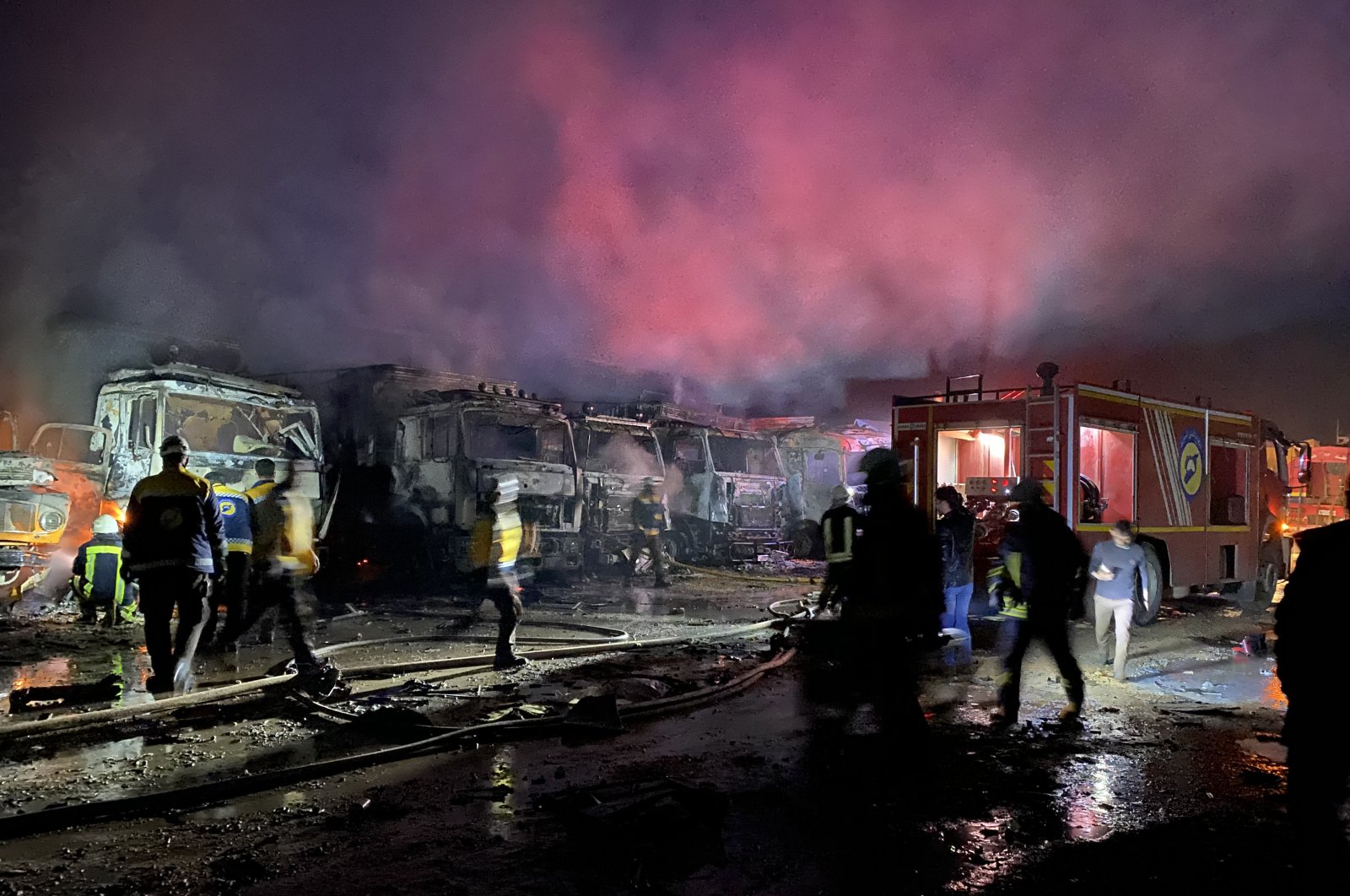 At least one civilian was killed and nine others wounded in strikes by Russian jets and Assad regime forces in two separate attacks in Syria.

The attack carried out by the Russian military targeted an area near the M4 highway in the Bab al-Hawa border crossing area between the town of Sarmada in Idlib province on the Syrian side and Reyhanlı district of Hatay province in southern Turkey, an observatory said Sunday.

A cylinder-filling facility near the crossing was hit in the strikes, as well as trucks carrying commercial materials, areas near the warehouse of a local humanitarian aid association, mountainous areas and a village on the highway in the south of Idlib.

Meanwhile, in the second attack, a ballistic missile launched from the Mediterranean Sea landed near the Syrian National Army headquarters located in the village of Qah, 3 kilometers (1.8 miles) from Idlib’s border with Turkey.

Seven civilians were injured in the regime attack, the Turkish Defense Ministry said in a statement.

“The Assad regime, which targeted a hospital in Idlib, targeted the Qah residential area north of the Idlib de-escalation zone and a truck parking lot near Sarmada,” the ministry said, adding that many animals owned by the village residents were also killed in the attack.

The Defense Ministry also said it has contacted the Russian Federation to immediately halt the attacks.

Earlier in the day, at least six civilians, including a child and a woman, were killed and 15 others injured in the attack by the Assad regime forces and Iran-backed terrorist groups in Idlib.

Idlib is part of a de-escalation zone forged under an agreement between Turkey and Russia. The area has been the subject of multiple cease-fires, which have frequently been violated by the Assad regime and its allies.

Syria has been embroiled in a vicious civil war since early 2011 when the Assad regime cracked down on pro-democracy protests with unexpected ferocity.

More than 5 million civilians have since been displaced.