At least 2 civilians killed in Syrian regime attack in Idlib 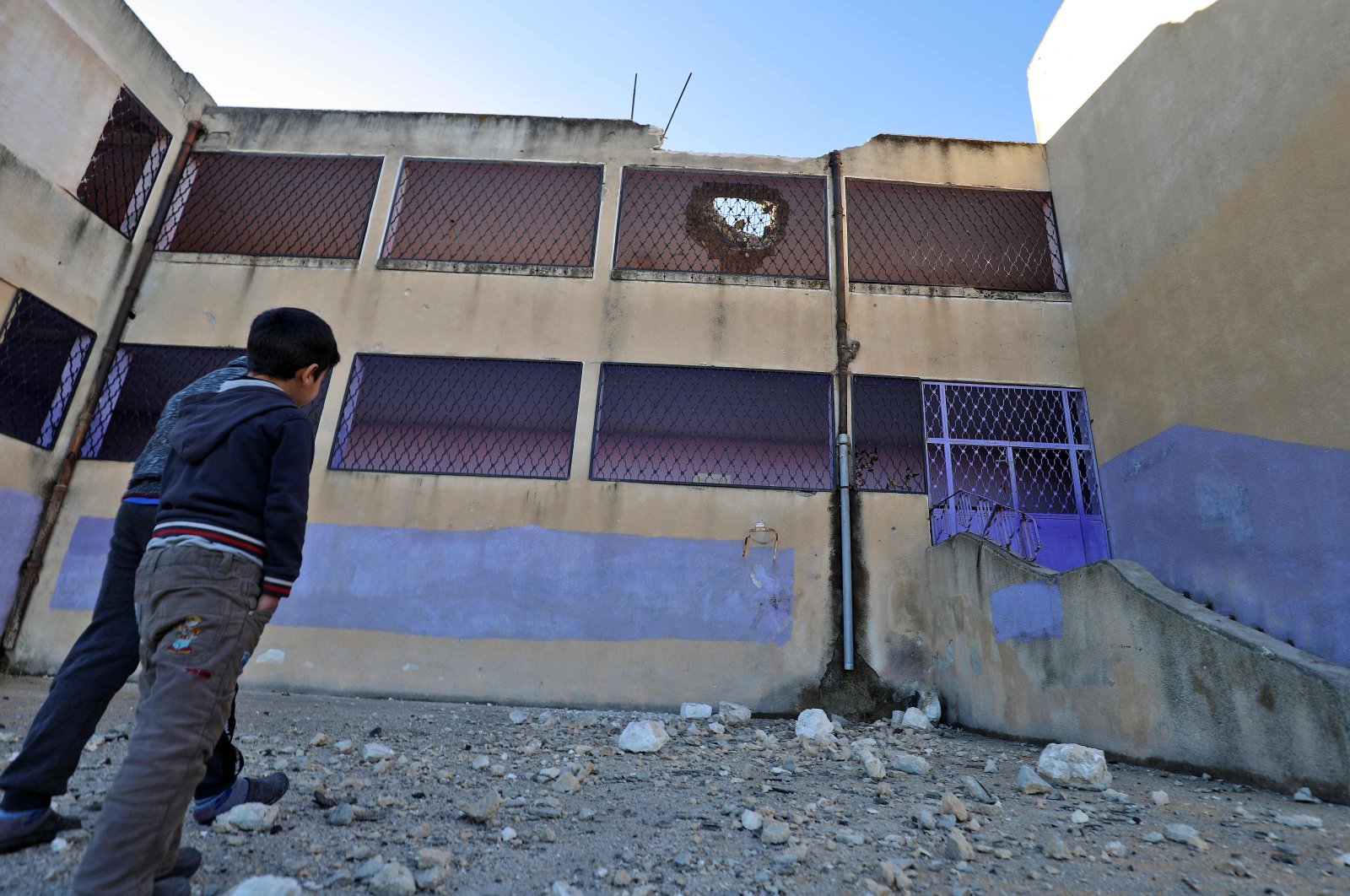 Syrian children stand in the rubble-strewn courtyard of a school after it was hit during the night by pro-regime forces shelling, in the city of Ariha, located near the strategic M4 highway, in the southern countryside of the Idlib province, on January 15, 2021. (Photo by Abdulaziz KETAZ / AFP)
by Anadolu Agency Jan 15, 2021 12:20 pm

At least two civilians were killed in an attack Thursday by Bashar Assad regime forces in northern Idlib province.

Regime forces and Iran-backed foreign terrorist groups carried out an artillery strike on Ariha in southern Idlib, in violation of a cease-fire between Turkey and Russia signed last March.

In May 2017, four de-escalation zones were designated in Idlib and regions in neighboring Latakia, Hama and Aleppo provinces as well as in northern parts of Homs province, the eastern Ghouta region in the capital of Damascus, Daraa and Quneitra by Turkey, Russia and Iran in talks in Kazakhstan's capital, Nur-Sultan, also known as the Astana process.

But the regime and Iran-backed terrorists captured three of the four regions and headed toward Idlib. Talks between Ankara and Moscow were held in Sochi, Russia in September 2018 to consolidate the cease-fire agreement.

Regime forces, however, began military operations to seize the entire region in May 2019 and captured several large residential areas within the Idlib de-escalation zone.

Turkey and Russia held talks on March 5 in Moscow and reached a new agreement.

The cease-fire, which regime forces have since occasionally violated, is largely intact.

Since 2017, nearly 2 million civilians were forced to migrate to regions close to the Turkish border because of attacks by regime forces.