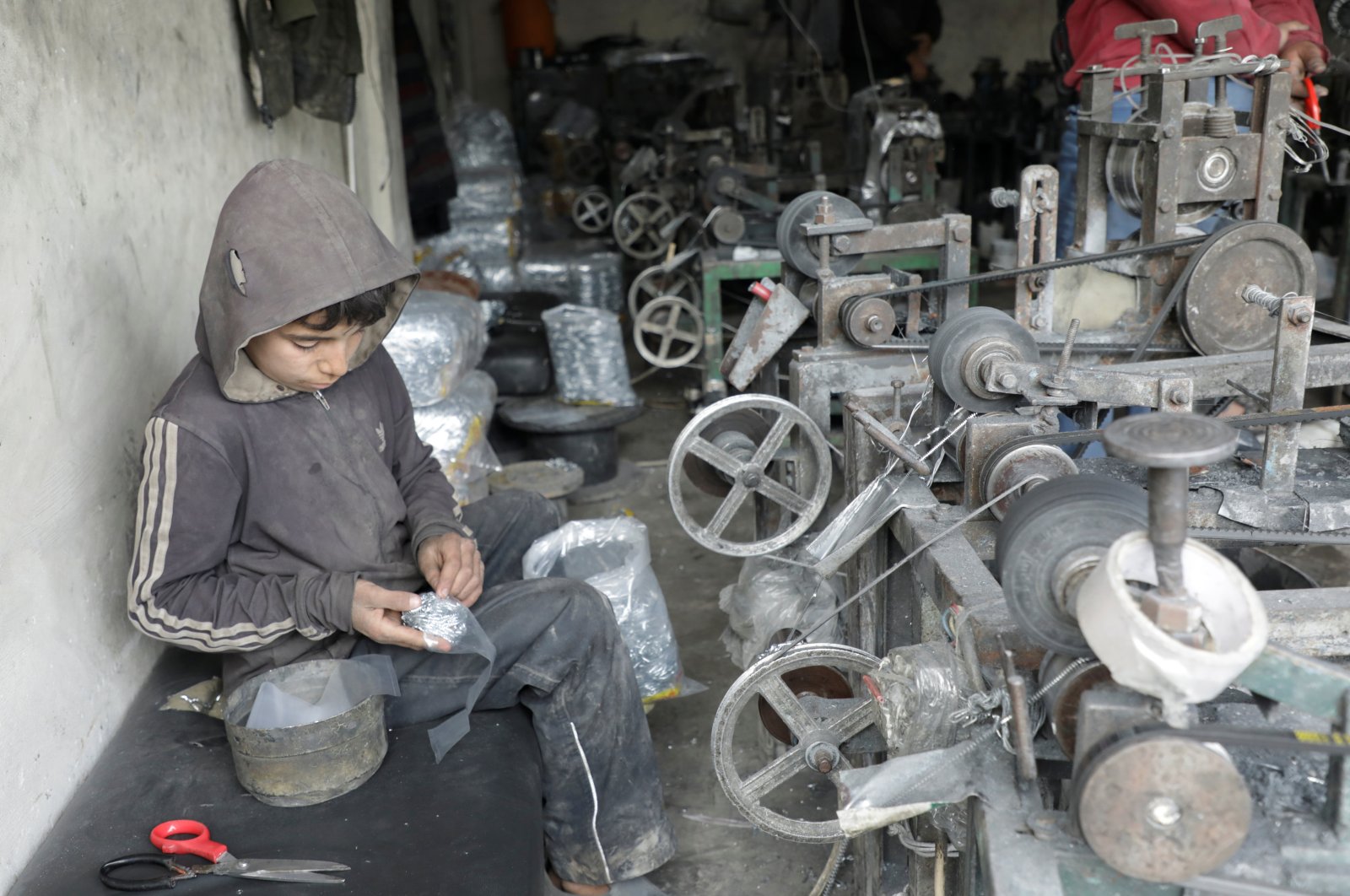 Mohammed Abu Rdan, born in Syria’s rural Aleppo in 2011 when peaceful protests against Bashar Assad’s regime began, has known nothing but conflict throughout his short life.

The protests quickly turned into a multi-sided conflict that has sucked in world powers, killed hundreds of thousands of people and displaced millions more and with it upended Abu Rdan's life.

Like many other Syrian children, school has become a distant dream.

"We had a house and I used to go to school every day... but we came here ... they destroyed our house and our school," Abu Rdan said.

The United Nations Children's Fund (UNICEF) said earlier this month that 90% of children in the country require humanitarian assistance, a 20% increase over the past year alone.

Ten years into the conflict, almost 2.45 million children in Syria and an additional 750,000 Syrian children in neighboring countries are out of school, UNICEF figures show.

Abu Rdan wakes up at dawn every day and braves the cold to stand by the side of the highway and hitch a ride for the 10 kilometers (6.2 miles) to the cleaning products factory where he works.

Several regions in northern Syria have been switching to using the Turkish lira amid uncontrolled devaluation of the Syrian pound and huge hikes in the prices of goods and commodities, which sparked unprecedented protests.

Abu Rdan is paid in Turkey's currency as he lives and works in an area controlled by Turkish-backed rebels, having fled from his hometown, the village of Marshoureen which is now government-held.

Assad now holds sway over many parts of the country, helped by Russia's military and Iran's Shiite militias.

UNICEF says more than 75% of grave violations against children recorded in Syria in 2020 – including killing, maiming, recruitment into fighting, sexual violence and attacks on schools – were in the northwest.

Packing goods into large sacks, some of them twice his size, Abu Rdan is so exhausted by the time he goes back home he can do nothing but eat and sleep.

"When I come back from work I'm so tired, I just put my head down and I'm out," he said.

He shares a tent with his parents and three sisters that does little to shield them from Syria's harsh winter that includes torrential rain and snow.

To keep warm, he has become an expert at making his own cup of tea, working the gas cylinder with the confidence of a grown-up.

Having been propelled into responsibilities far beyond his age, the 10-year old handles a lot of daily chores with the expertise of a much older man.

But he is still a child, giggling and playing with his three sisters in the tent.