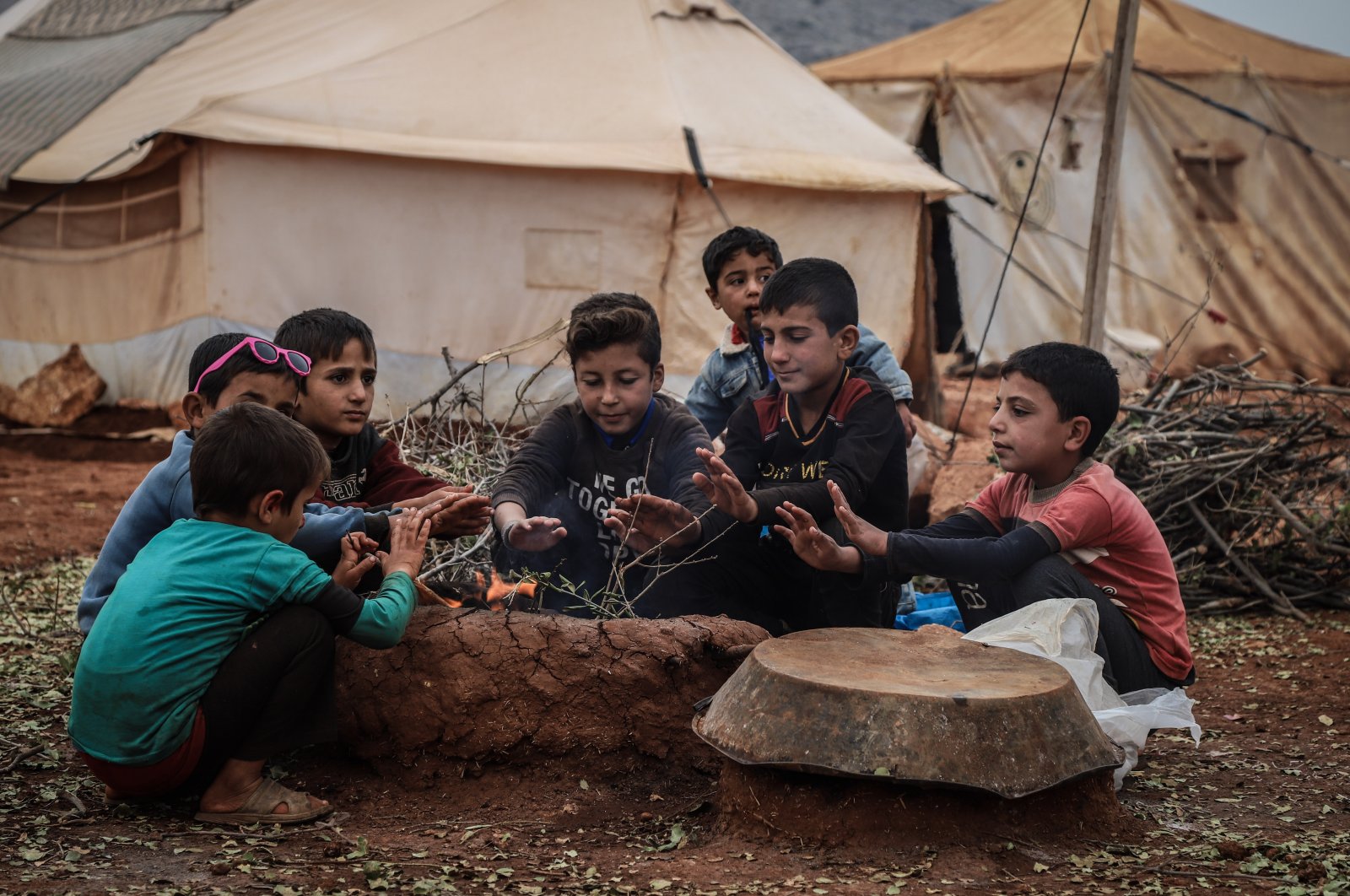 Civilians – who fled attacks by the Bashar Assad regime and its backer, Russia, in northwestern Syria’s Idlib province – risk their lives and health by burning old clothes, nylon and plastic to get warm amid harsh winter conditions.

An internal medicine specialist at a hospital in Idlib, Dr. Usame Ammouri, told Anadolu Agency (AA) that material used to warm up in camps leads to various respiratory diseases such as asthma and bronchitis.

“Especially in these days when we struggle with the coronavirus, I recommend our people to stay away from such kinds of burning material,” he stated.

Ahmed Darwesh, head of the al-Sadaqa camp in northern Idlib, stated that the people burned turf, plastic, shoes, old clothes and nylon to protect themselves from the cold since they could not find firewood.

“Material that we burn in the tents often causes fires and peoples’ difficulties in breathing as well as many other diseases including asthma,” Darwesh said.

A resident of the camp, Om Ahmed said: "We get warm here by burning turf and plastic. This causes shortness of breath and pulmonary diseases in children."

Saying that he had no money to go to the doctor, Ahmed added: “Our children get frequently sick. We have no money for firewood. We have to burn this material.”

Almost a million people fled the Assad regime’s offensive on Idlib – the last opposition bastion – since December 2019 with many seeking refuge in overcrowded tent camps near the Turkish border. A fragile truce was brokered between Moscow and Ankara in March 2020 in response to the months of fighting by the Russia-backed regime, yet the regime still frequently carries out attacks on civilians, hindering most from returning to their homes and stay in makeshift camps.

Fires are a common and real threat in the camps due to their potential to spread.

Last year in May, two civilians were killed in seven fire outbreaks in one month in the tent camps in the Turkey-Syria border zone. In the village of Deir Hassan, north of Idlib, some 20 tents were totally burned and caused material damage.