Germany to contribute more than 1 billion euros to Syria 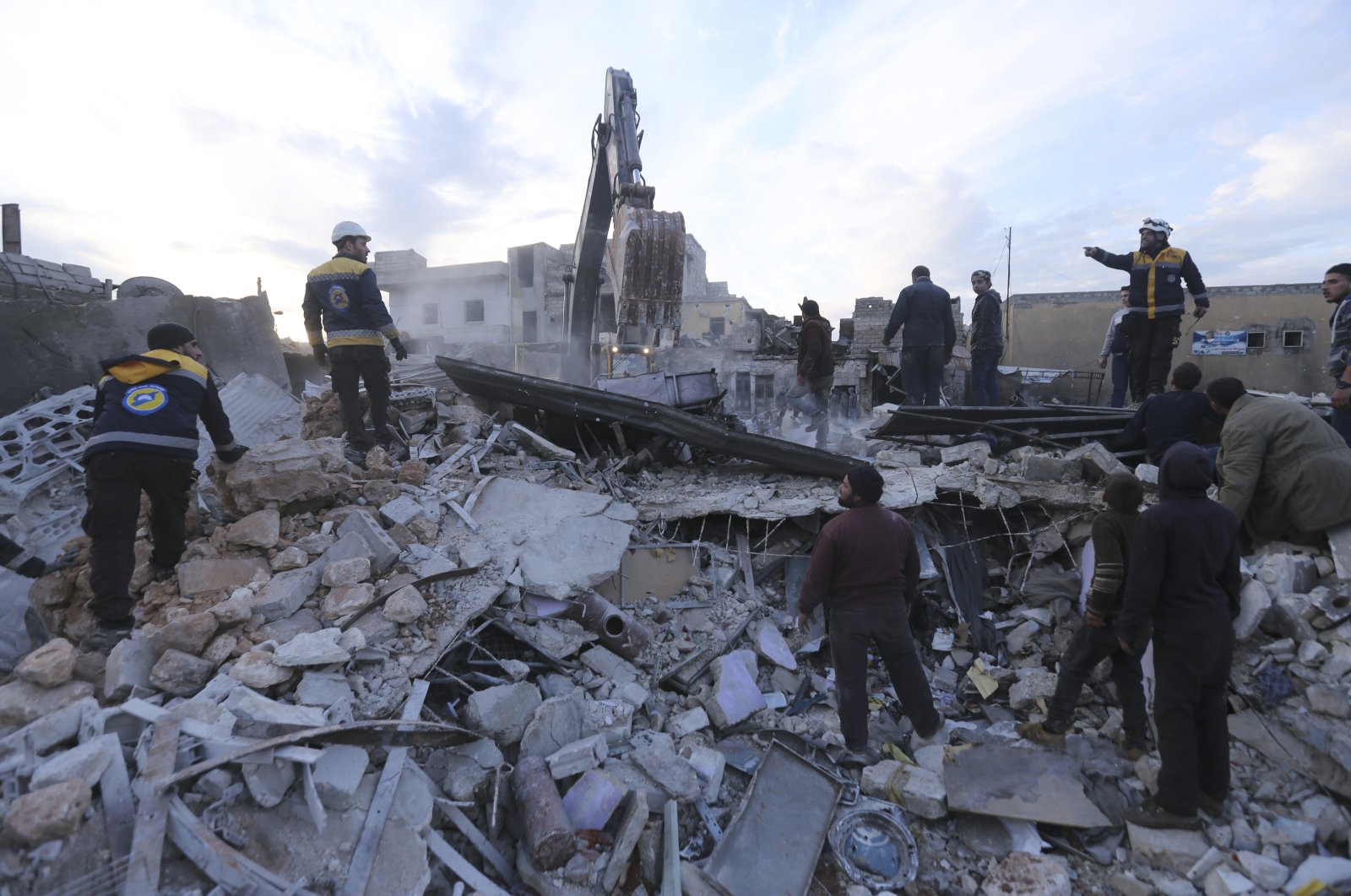 In this Jan. 15, 2020, file photo, emergency services look for survivors after airstrikes in the city of Idlib, Syria. The humanitarian situation across war-ravaged Syria is worsening. But it’s been getting tougher every year to raise money from global donors to help people affected by the country’s protracted humanitarian crisis. The aid community is bracing for significant shortfalls ahead of a donor conference that starts in Brussels on March 29, 2021. (AP Photo/Ghaith Alsayed)
by Agencies Mar 29, 2021 11:57 am
RECOMMENDED

Germany will contribute more than 1 billion euros ($1.18 billion) of humanitarian aid to Syria, Neue Osnabrücker Zeitung stated on Monday, ahead of a donor conference in Brussels that is designed to extend the humanitarian efforts toward the war-torn country as well as toward refugee-hosting countries.

According to Neue Osnabrücker Zeitung, the German Federal Government, which assured 1.6 billion euros at last year's conference, plans to come up with a similar amount this year as well.

The article also mentioned that the German Foreign Ministry plans to continue to lend a helping hand to the Syrian civil defense group White Helmets. Last year, the country contributed 5.1 million euros to the group and it has the intention to continue with a similar number this year. Referring to a ministerial statement, the article expressed that the contributions to the group have been spent in line with the determined aims that were agreed upon during regular negotiations and close coordination with the group. The ministry stated that the group has used the previous contributions in line with their aims.

After 10 years of war in Syria, the international community will be asked to step up with billions of dollars in new aid pledges on Monday to fund humanitarian causes. The 5th Brussels Conference on Syria will be held by video link due to coronavirus precautions, but the needs of Syria’s refugees and vulnerable civilians are pressing.

Pledges were already dropping off before the coronavirus pandemic mainly due to donor fatigue. Officials fear that with the global economic downturn spurred by the pandemic, international assistance for Syria is about to take a new hit just when it is needed most. Across Syria, the pandemic has compounded the worst economic crisis since the conflict began in 2011. The local currency has crashed and food prices have soared – increasing by 222% from last year. Nine out of 10 people live below the poverty line and in northwest Syria, close to three-quarters of the 4.3 million residents are food insecure. According to the United Nations, 13.4 million people in Syria, more than half the country’s pre-war population, need assistance. That is a 20% increase from last year. More than 50 countries will be represented at the conference, along with 30 other organizations, including nongovernmental organizations (NGOs), humanitarian agencies and international financial institutions.

Meanwhile, the head of the German branch of the Catholic charity Caritas, Peter Neher, has called for aid for war-torn Syria to include support for reconstruction projects in regime-controlled areas.

Neher described the humanitarian situation in the country as "a disaster," and said the previous focus on emergency aid should be abandoned, in comments to Deutsche Presse-Agentur (dpa) ahead of the Syria donor conference.

"We have to allow targeted reconstruction measures, even in areas under the control of the regime," he said.

The European Union has so far rejected such aid in areas controlled by the Assad regime because it does not want to support its rule. It is only ready to take this approach if there is tangible progress toward a political solution.

However, Neher pointed to the country's destroyed infrastructure and noted that some 2.5 million children do not attend school.

"We want to help people so they have a roof over their heads again," he said. "We want to rebuild kindergartens, schools and health facilities."

Targeted measures could improve people's lives "without this being seen as carte blanche for the regime," Neher added.

Poverty is on the rise in Syria due to the 10-year civil war and the recent economic crisis.

According to U.N. figures, 12.4 million people – almost 60% of the population – suffer from hunger. The number of people who cannot survive without food has aid doubled within the year.