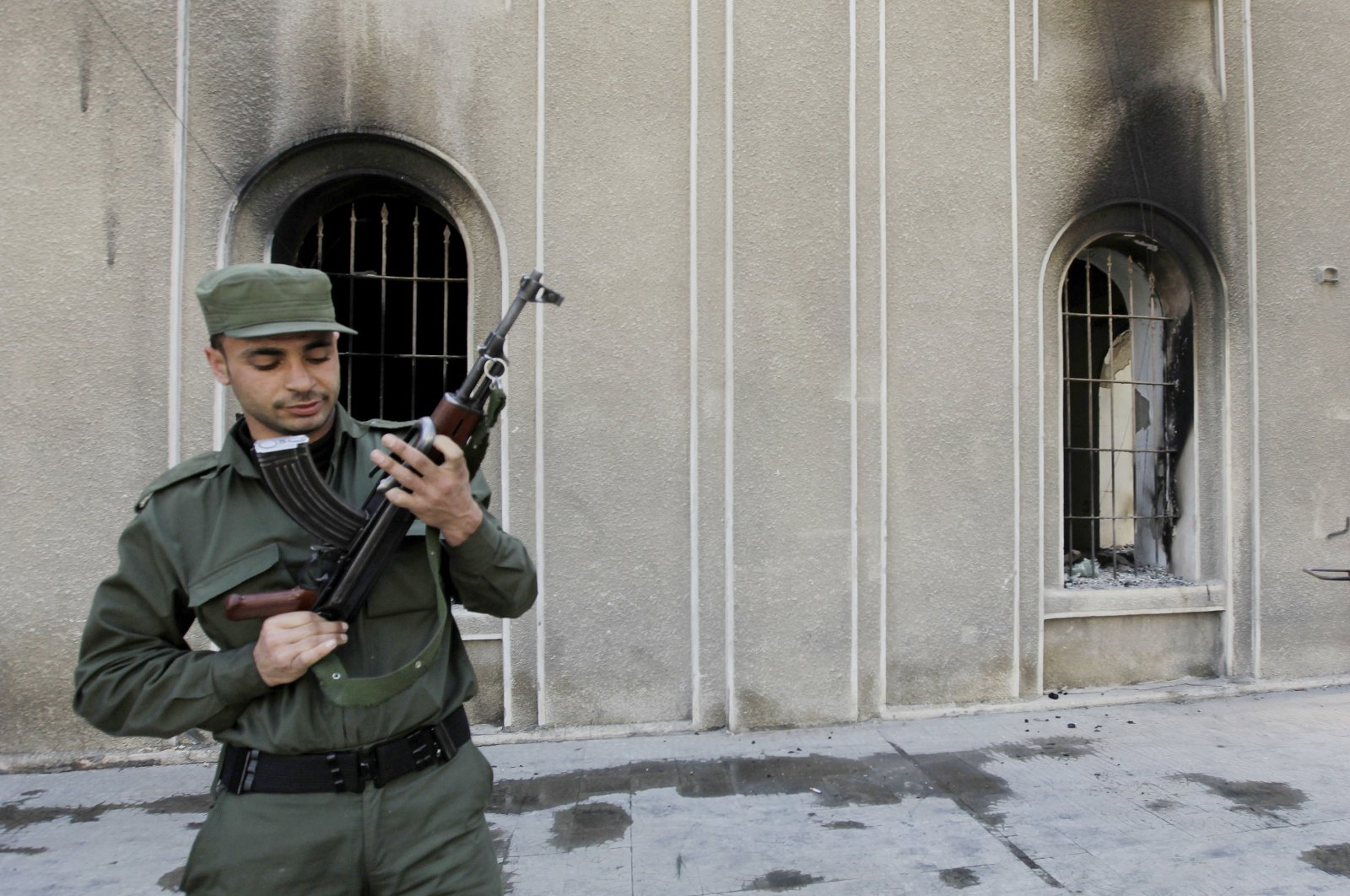 A Syrian regime soldier checks his AK-47 as he stands in front the burned court building that was set on fire by anti-regime protesters, in the southern city of Daraa, Syria, March 21, 2011. (AP Photo)
by French Press Agency - AFP May 04, 2020 3:28 pm
RECOMMENDED

Unknown gunmen abducted and killed nine policemen Monday in southern Syria in a rare such attack on a regime building in the defeated cradle of the nine-year uprising, a monitor said.

The killings, for which there was no immediate claim of responsibility, occurred in a town called Muzayrib in Daraa province, the Britain-based Syrian Observatory for Human Rights said.

"Unknown assailants attacked the municipality building ... abducting nine members of the security forces before shooting them dead and abandoning their bodies in a square," Observatory head Rami Abdel Rahman said.

Attacks are common in the province, which was retaken by regime forces from the opposition in 2018, usually targeting loyalists and civilians working for the state, according to the Observatory.

But the nature of Monday's incident and high toll are unusual.

Daraa is considered to be the birthplace of the popular uprising that erupted across Syria in 2011, before spiraling into a full-blown conflict.

After its recapture by Russia-backed regime fighters in 2018, state institutions returned but the army is still not deployed in the whole province, says the Observatory, which relies on a network of sources in Syria.

Many former opposition members stayed instead of evacuating under a Moscow-brokered deal, either joining the army or remaining in control of parts of the province and some neighborhoods of the provincial capital, also called Daraa.

The Daesh terrorist group has in the past claimed attacks in the area, in July saying it had killed six soldiers at a checkpoint.

The terrorists lost the last scrap of their territory a year ago but retain a presence in Syria's vast Badia desert.

The civil war has killed more than 380,000 people and displaced millions from their homes since starting with the brutal repression of anti-regime protests.