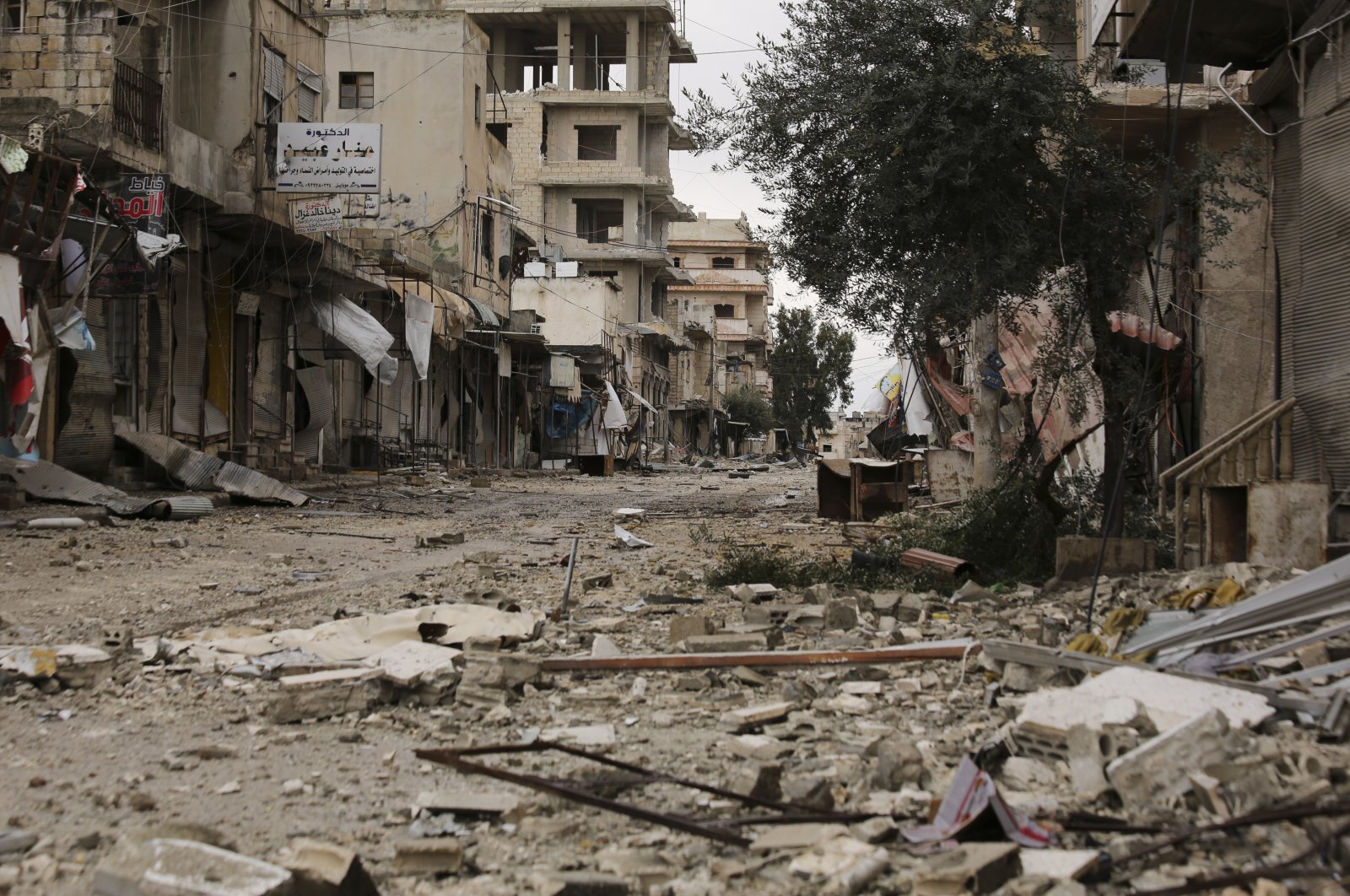 A street destroyed in bombings by the Syrian government forces is seen in the town of Sarmin, in Idlib province, Syria, Feb. 7, 2020. (AP File Photo)
by Agencies Sep 24, 2021 6:27 pm
RECOMMENDED

The raging conflict in Syria has killed more than 350,000 people in the past decade, the United Nations said Friday.

"We assess this figure of 350,209 as statistically sound, based as it is on rigorous work," said U.N. High Commissioner for Human Rights Michelle Bachelet in Geneva. "But it is not – and should not be seen as – a complete number of conflict-related killings in Syria ... It indicates a minimum verifiable number, and is certainly an under-count of the actual number of killings."

The largest number of documented killings, 51,731, was recorded in the Aleppo governorate, long held by the opposition and which became a flashpoint in the conflict. The U.N. statistical analysis indicated that the actual number of people killed between March 2011, when the uprising started in Syria, and March 2021 was higher. It added that in many cases, however, there was a lack of information or documentation of the deaths at all.

"Our numbers include only those people identifiable by their full name, with an established date of death, and who died in an identified governorate," the report said. According to the U.N., more than 27,000 children have died in the conflict so far.

One in every 13 victims was a woman or a child, Bachelet said. "Tragically, there are also many other victims who left behind no witnesses or documentation as to their deaths, and whose stories we have not yet been able to uncover."

Forces loyal to the Assad regime currently control about 70% of Syria's territory, an area home to about 40% of the population, the U.N. has said.

The Syrian Observatory for Human Rights says that 500,000 people have been killed in the war and that it is examining a further 200,000 cases.

"It is very difficult to give a statistic that is close to reality," Rami Abdurrahman, director of the British-based group, told Reuters in Beirut. "There are a lot of names and there has to be documentation to make sure."

Karen Koning AbuZayd, a member of the U.N. Commission of Inquiry on Syria investigating war crimes, told the council on Thursday that incidents of unlawful and incommunicado detention by government forces continue "unabated."

"This is no time for anyone to think that Syria is a country fit for its refugees to return. The war on Syrian civilians continues," she said.