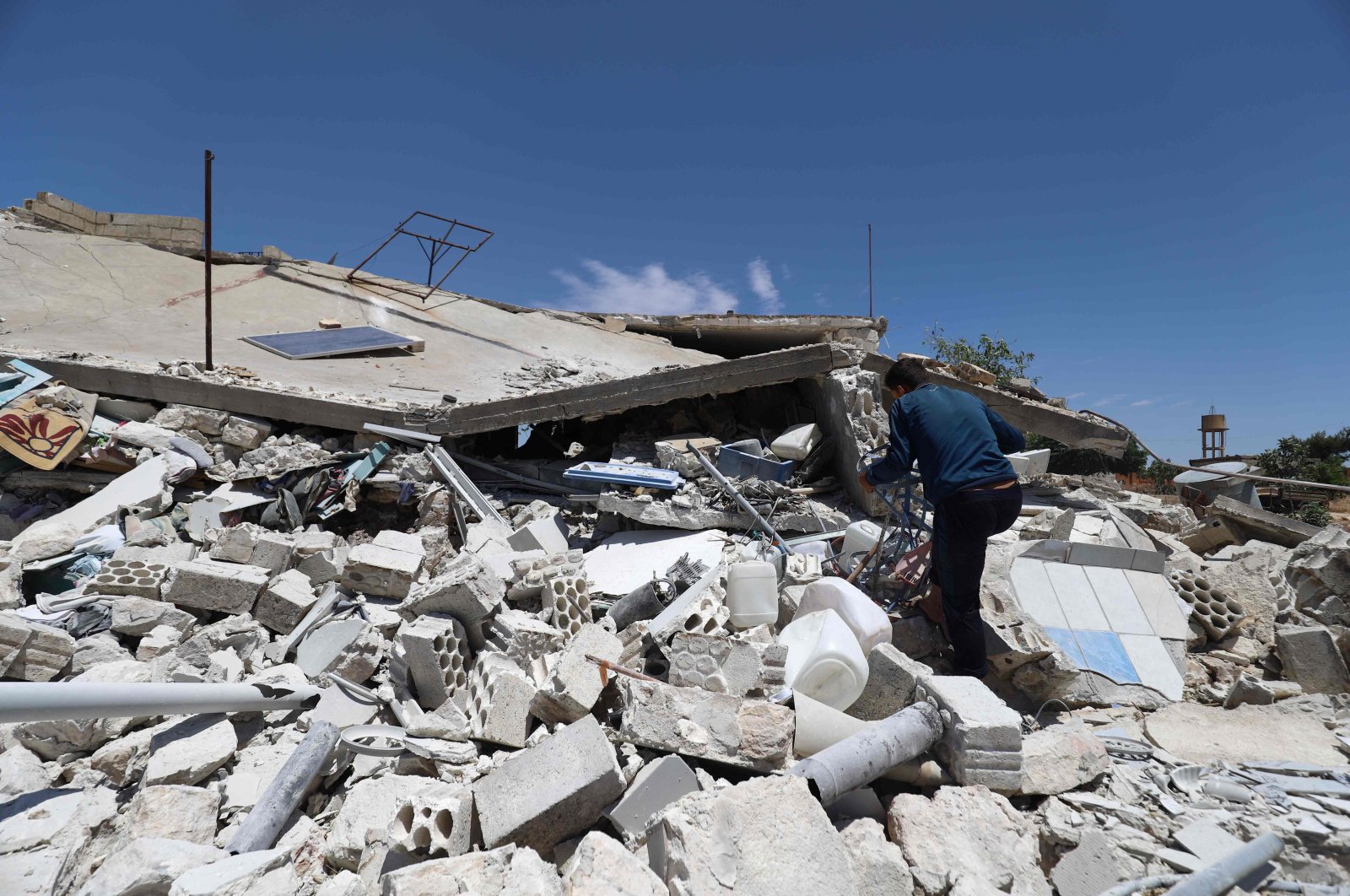 A man looks through the rubble of a destroyed house in the village of Iblin in the Jabal al-Zawiya region in Syria's opposition-held northwestern Idlib province, June 10, 2021. (AFP Photo)
by DAILY SABAH WITH AA Jun 21, 2021 12:56 pm
RECOMMENDED

Ahmed stated that 2 civilians in Bara and 5 civilians in Ehsim lost their lives in the attack. The 10 injured people were taken to nearby hospitals.

Furthermore, the Assad regime forces launched an artillery attack on several other villages in the south of Idlib in the early morning hours.

Almost a million people have fled the Assad regime’s offensive on Idlib since December 2019, with many seeking refuge in overcrowded tent camps near the Turkish border. A truce was brokered between Moscow and Ankara in March 2020 in response to the months of fighting by the Russia-backed regime, yet the regime still frequently carries out attacks on civilians, hindering the return of people to their homes and forcing them to stay in makeshift camps.