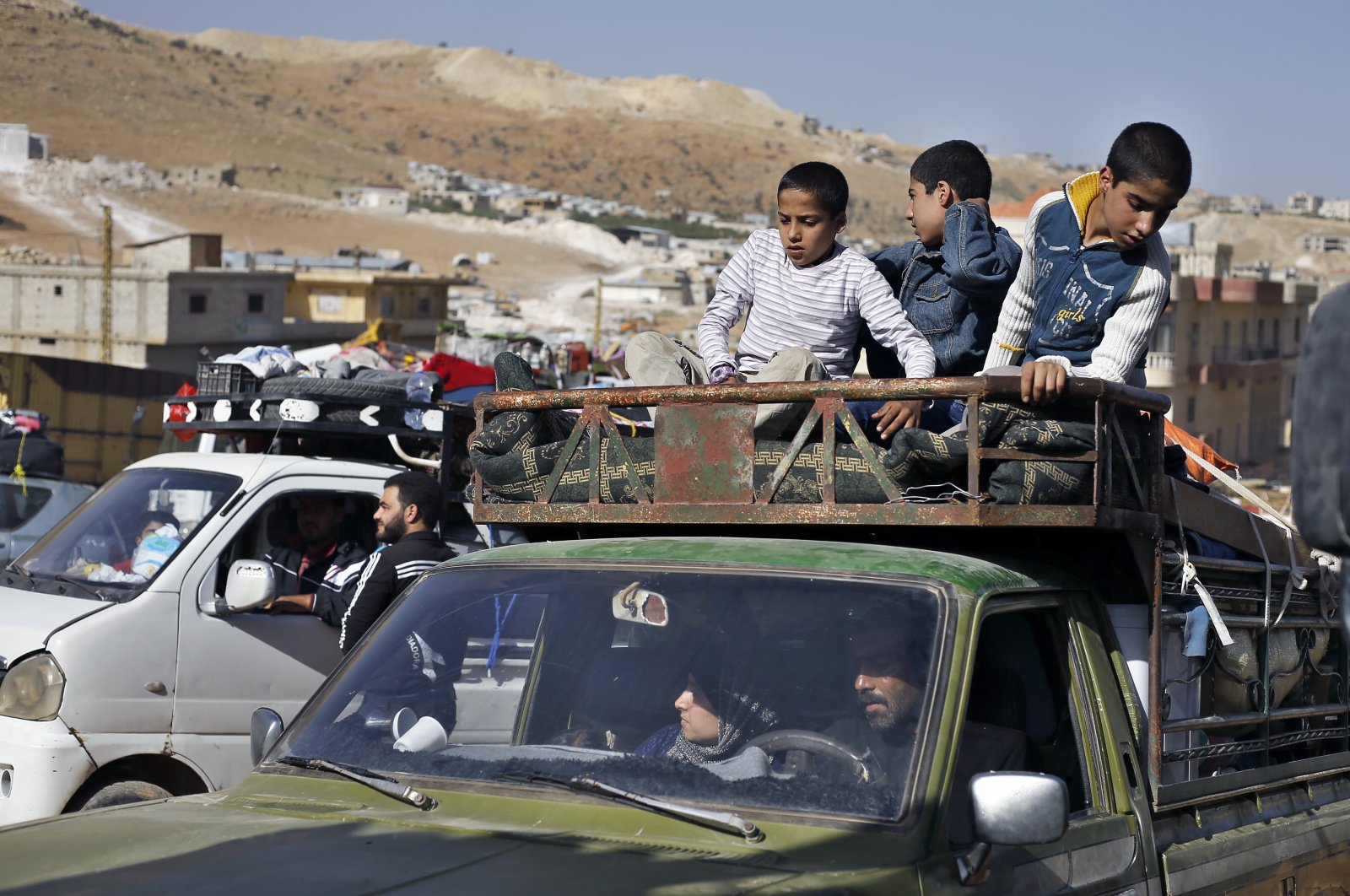 Syrian refugees in a pickup truck get ready to cross into Syria from the eastern Lebanese border town of Arsal, Lebanon, June 28, 2018. (AP Photo)
by DAILY SABAH WITH AGENCIES Sep 07, 2021 10:52 am
RECOMMENDED

Syrian refugees who returned home have been subjected to detention, disappearance and torture at the hands of Syrian regime forces, proving that it still isn't safe to return to any part of the country, Amnesty International said Tuesday.

The Syrian regime and its chief international backer, Russia, have publicly called on refugees to return home and accused Western countries of discouraging it with claims that Syria is still unsafe.

The regime has denied refugees face indiscriminate torture and reprisals and Bashar Assad has said millions of refugees were being forced to stay in host countries by "pressure or intimidation" and that host states were enticing them financially while benefiting from international aid for them.

Assad has all but crushed the insurgency against him regaining control of 70% of the country.

He secured a fourth term in office in a May election that the West has said was marked by fraud but the regime saying it showed the country was functioning normally despite its decadelong war.

In its report, Amnesty International urged European governments to immediately halt any practice directly or indirectly forcing people to return home. It also called on neighboring countries Lebanon, Turkey and Jordan, who host the bulk of the Syrian refugee population, to protect them from deportation or any other forcible return, in line with their international obligations.

It said Syrian authorities in some cases have targeted returnees to Syria simply for having fled, accusing them of treason or supporting “terrorism.”

The report documents serious violations committed by the Syrian regime against refugees who returned to Syria from Lebanon, Rukban (an informal settlement between the Jordanian and Syrian borders), France, Germany, Turkey, Jordan and the United Arab Emirates (UAE) between mid-2017 and spring 2021. They were based on interviews with 41 Syrians, including returnees and their relatives and friends, as well as lawyers, humanitarian workers and Syria experts.

In some cases, the human rights violations included rape or other forms of sexual violence, arbitrary or unlawful detention, and torture or other ill-treatment, the report said.

Syria’s 10-year war has killed about half a million people and forced about 5.6 million to flee abroad as refugees, mostly to neighboring countries.

Turkey hosts nearly 4 million Syrian refugees – more than any country in the world. After the Syrian civil war broke out in 2011, Turkey adopted an “open-door policy” for people fleeing the conflict, granting them “temporary protection” status.

Ankara has frequently said that the return of Syrians to their homeland will be voluntary when a safe and stable environment is established in Syria.