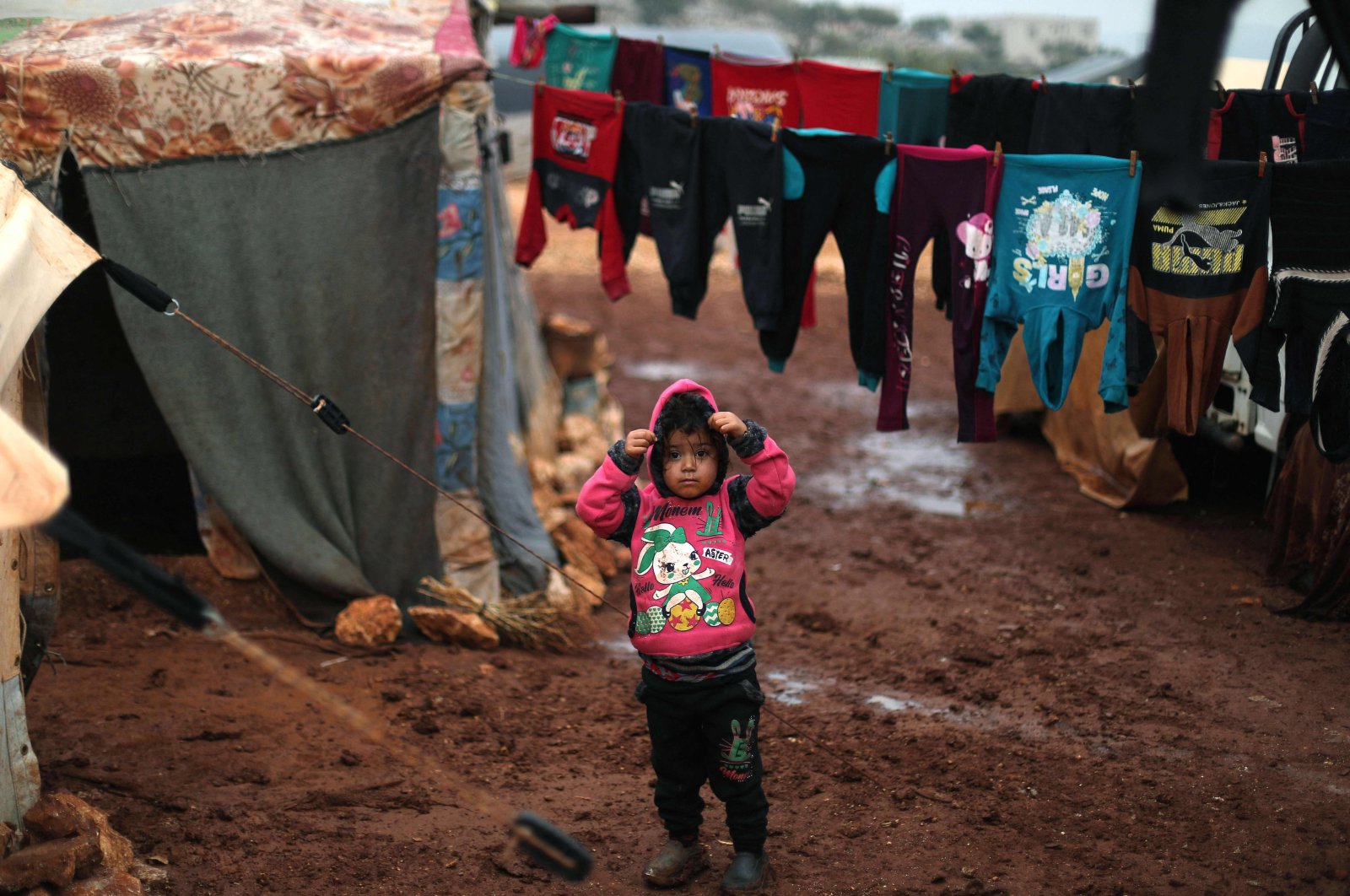 A child in a camp for displaced Syrians near the village of the Kafr Uruq in Syria's northern opposition-held Idlib province, Dec. 17, 2021. (AFP Photo)
by DAILY SABAH Dec 20, 2021 2:02 pm
RECOMMENDED

The Syrian Network for Human Rights (SNHR) on Monday marked the sixth anniversary of the Idlib massacre in which 42 civilians were reportedly killed following missiles fired by Russian warplanes.

The rights group reiterated that the attack was a violation of the truce agreed upon between the armed opposition and Syrian regime forces in September that year.

Although a new truce was brokered between Turkey and Russia in March 2020 in response to months of fighting by the Russia-backed regime, which caused almost a million people to flee the Bashar Assad regime's offensive, the regime and its ally continue to carry out attacks on civilians, hindering many from returning to their homes and forcing them to stay in makeshift camps.

Attacks continued throughout December and November, with 10 children injured on Nov. 28 due to shelling and 63 children killed in the past six months.

For years, the Assad regime has ignored the needs and safety of the Syrian people, only eyeing further territory gains and crushing the opposition. With this aim, the administration for years has bombed civilian facilities such as schools, hospitals and residential areas, causing the displacement of almost half of the country's population.

The situation for the people in Idlib worsened when the Assad regime, backed by Russia, launched an offensive on the province, causing the largest one-time displacement in the history of the Syrian civil war and a massive humanitarian tragedy, according to the U.N.

Frequent bombings and shelling have put nearly 50% of health facilities out of service, just as the Syrian people need them the most amid the coronavirus pandemic. Living in overcrowded tent camps or even out in the open in safe areas near the Turkish border, many are struggling to meet even their basic needs.

Besides the bombings of the regime and Russia, civilians also face a deteriorating situation in makeshift camps amid winter conditions and heavy rains, flooding the tents.

The White Helmets civil defense group reported on Sunday that some internally displaced person (IDP) camps have turned into lakes, while many roads were closed due to the continuous rains.

“The level of suffering in the displacement camps in northwest Syria is just beyond imagination. Torrential rains continue causing dangerous flooding in several camps, leaving dozens of families without shelter and damaging many tents,” the group said.