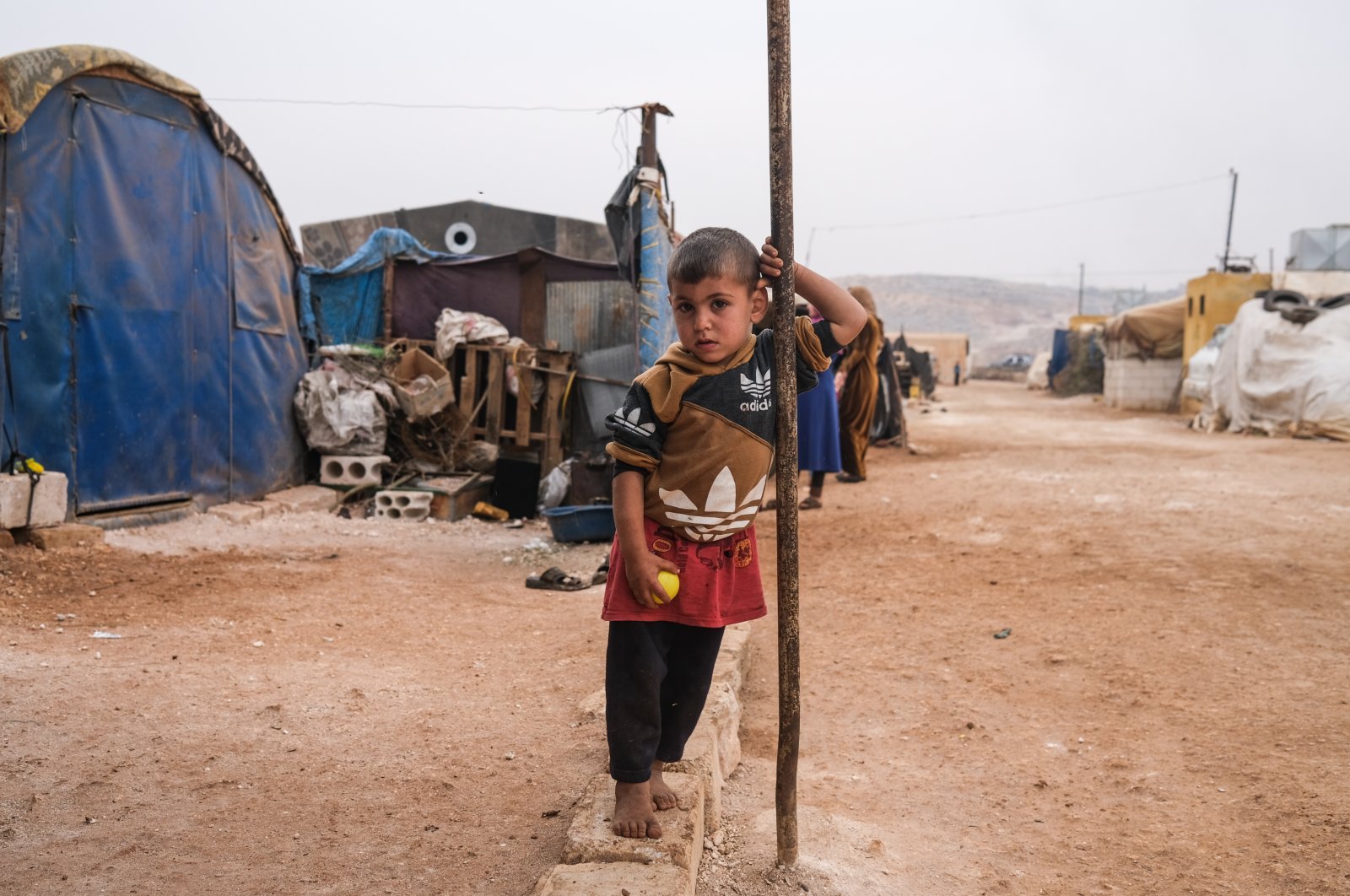 A displaced Syrian boy looks on while standing in front of his tent at Gemmura camp in Sarmada district, on the outskirts of Idlib, Syria, Nov. 25, 2021 (EPA Photo)
by DAILY SABAH Nov 29, 2021 8:50 am
RECOMMENDED

Despite calls by humanitarian and rights groups on World Children’s Day last week, the Bashar Assad regime together with its backer Russia once again targeted and injured 10 children in Syria’s northwestern Idlib province on Sunday.

“Today, 10 children from one family were injured after the regime forces & Russia bombed their house with Krasnopol laser-guided shells in Marzaf village south Idlib,” the White Helmets civil defense group wrote on Twitter.

“Our teams were on the scene of the bombing and transferred the children to the hospital,” it added, sharing pictures and videos of desperate and frightened children that were wounded by the attacks.

Meanwhile, amid the bombings and destruction, the children of Idlib try to continue their daily lives and attend school under difficult conditions, especially in Sarmada, close to Turkey.

In the opposition-held town of Sarmada near the border with Turkey, thousands of displaced Syrians go about their daily lives with little hope of returning to their homes any time soon.

Row upon row of tents, brick homes and other structures with water tanks on top dot the town, making up a series of huge informal camps for displaced people. Women cook and children play. Men go to work, pray and discuss politics.

They are displaced from various bouts of violence in Syria’s 10-year conflict.

Some of the camps in Sarmada, north of Idlib city, are run or supported by the Turkish Red Crescent (Kızılay), which donates food and other items like blankets and toys.

The town’s population has increased dramatically over the years, due to waves of displacement from around the country.