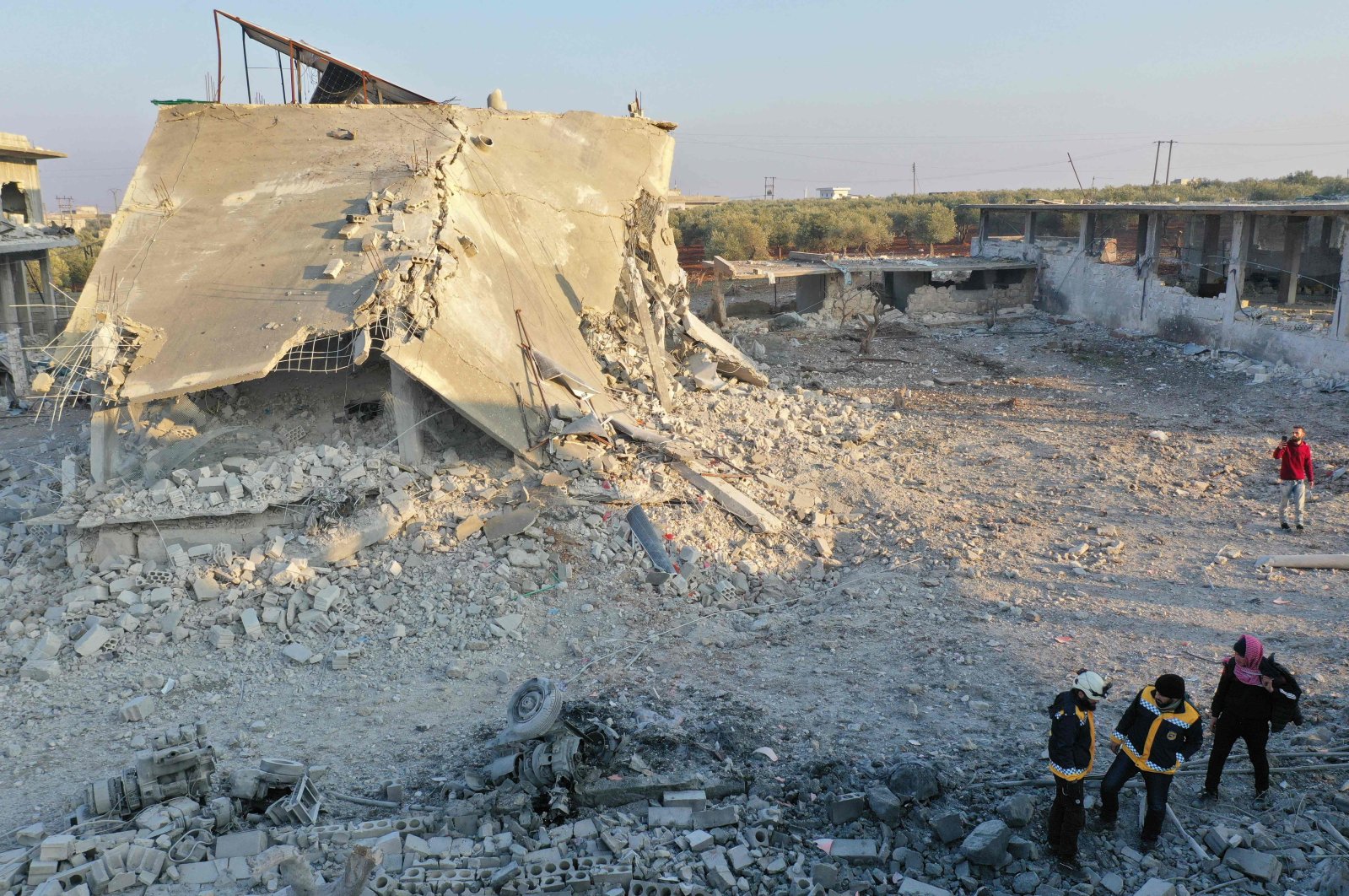 As the world was celebrating entering 2022, vulnerable Syrian civilians in the war-torn country’s north spent the first day of the year under bombardment by Russian forces.

Two children and a woman were killed in the attacks while 10 others were injured, most of them children, the White Helmets civil defense group wrote on Twitter on Saturday.

The group said that the attacks happened in the village of Nahr Alabyad near Jisr Shughour in western rural Idlib in the late hours of the night.

“Russia started the year 2022 by bombing different areas in northwestern Syria. Its air forces attacked the vicinity of Idlib city, Kansafra and Jadida in Idlib while its artilleries targeted Kafr Taal village, west of Aleppo,” the group said.

The United Nations also condemned the attack on civilians.

“On New Year’s Day while most of the world was celebrating, in northwest Syria the airstrikes were continuing and more civilians were killed, including children,” Mark Cutts, the U.N.'s deputy regional humanitarian coordinator for Syria said on Sunday.

“As always, it’s the civilians who are paying the highest price,” he added.

Idlib continues to suffer at the hands of the Bashar Assad regime and its backer Russia. Both are determined to recapture the last opposition stronghold and normalize political relations with regional countries, particularly within the scope of steps already taken with several Arab countries.

A fragile truce was brokered between Moscow and Ankara in March 2020 in response to months of fighting by the Russia-backed regime. Almost a million people have fled the Bashar Assad regime’s offensive; yet, the regime still frequently carries out attacks on civilians, hindering most from returning to their homes and forcing them to stay in makeshift camps.