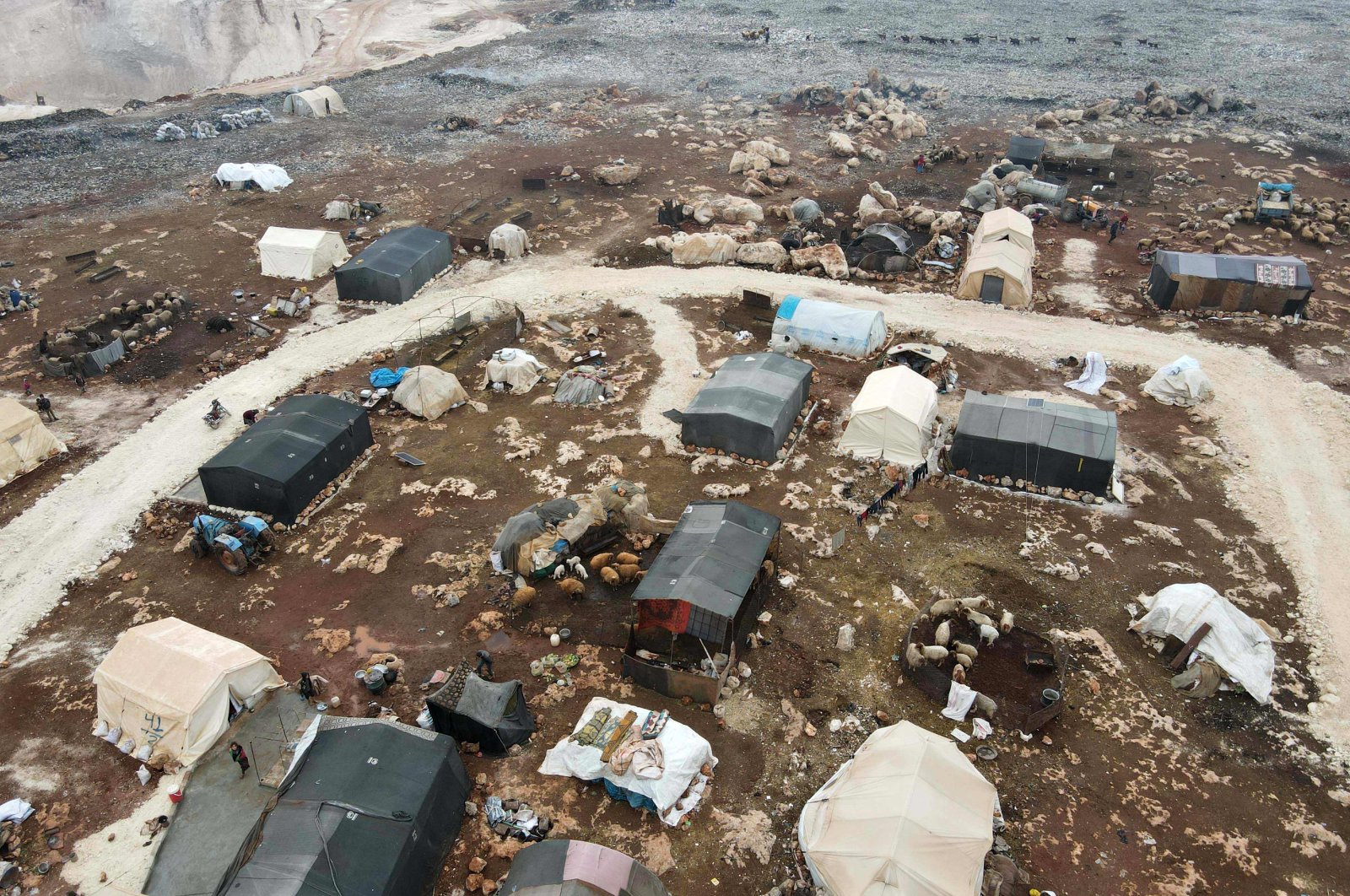 This aerial view shows the Bardaqli camp for displaced people in the town of al-Dana in Syria's northwestern Idlib province, Nov. 20, 2021. (AFP Photo)
by DAILY SABAH Dec 13, 2021 11:58 am
RECOMMENDED

Russian fighter jets have continued to target Syria’s last opposition bastion, Idlib, as a solution to the decadeslong crisis seems out of reach, according to security sources.

Russian jets bombed rural Idlib, the sources told Daily Sabah and added that an observatory of the opposition determined that the attack was carried out by Russian SU-34 type fighter jets.

Idlib continues to suffer from the Bashar Assad regime and its backer Russia. Both are determined to recapture the last opposition stronghold and normalize political relations with regional countries, particularly within the scope of steps already taken with several Arab countries.

Attacks on civilians in Idlib almost continue on a daily basis and have caused the deaths of several children and women. Most recently on Saturday, three people died, among them a child, in another attack by Russia, the White Helmets civil defense group reported.

The attack took place in the outskirts of al-Jadeeda village west of Idlib and injured 13, including nine children.

A fragile truce was brokered between Moscow and Ankara in March 2020 in response to months of fighting by the Russia-backed regime. Almost a million people have fled the Bashar Assad regime’s offensive; yet, the regime still frequently carries out attacks on civilians, hindering most from returning to their homes and forcing them to stay in makeshift camps.