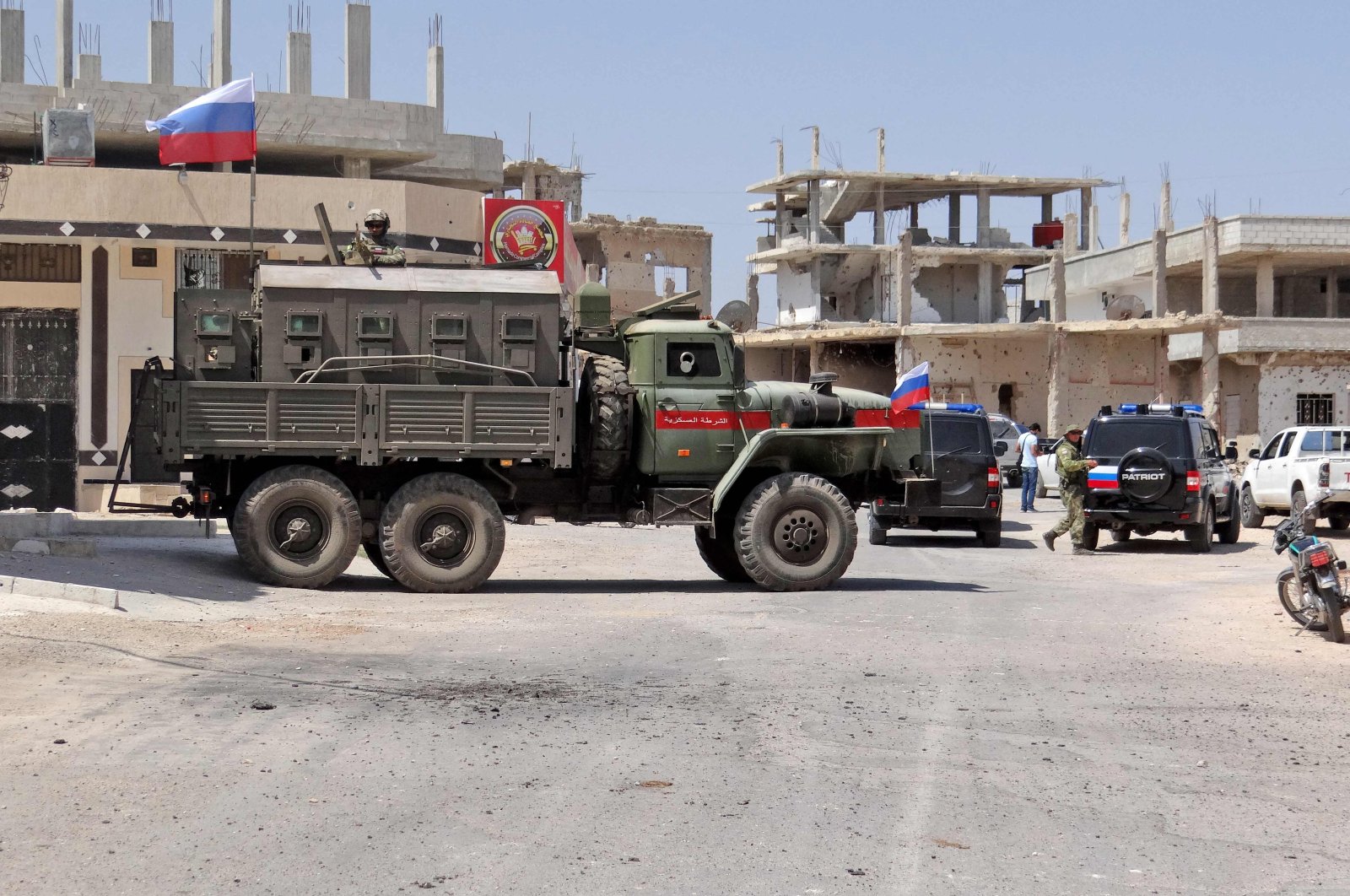 Russian military police on Wednesday started patrolling the last opposition stronghold in Syria's southwest under a deal that halted an Iranian-backed regime offensive to retake the birthplace of the 2011 popular uprising, military and civilian sources said.

Russian generals brokered the deal late Tuesday to avert bloody urban warfare after the heaviest bombardment by elite Fourth Division Assad regime forces of the opposition core of the city of Daraa in a two-month siege.

Russian troops hoisted the Russian and Syrian flags inside the Daraa al-Balad district, where the first peaceful protests against Assad regime rule in 2011 broke out before security forces cracked down and the unrest morphed into civil war.

Under the deal, local opposition units began to hand over light weapons based on assurances that Russian military police would maintain patrols and checkpoints to bar Iranian-backed militias from entering, preventing feared reprisals, negotiators said.

"It is a sad day to see the flag of the Russian occupier and the criminal regime in the cradle of the revolution that has seen tens of thousands die for its cause," Abdallah Aba Zaid, a Daraa resident whose wife and four children died in a Russian airstrike on Daraa province earlier in the war.

In 2018, Assad's army, aided by Russian air power and Iranian-backed militias, retook the southwestern province of which Daraa is the capital and which borders Jordan and Israel's Golan Heights.

Under a Russian-orchestrated deal then, the Western-backed Daraa units handed over heavy weapons but were allowed to continue their own administration of Daraa al-Balad.

Moscow also gave guarantees to Israel and the United States in 2018 that it would restrain Iranian-backed militias from expanding their influence in the sensitive border region.

In talks that yielded this week's deal, Daraa al-Balad officials told Russian officers that any entry of the militias, who have been a feared ally of Assad during the war, could lead to reprisals such as arrests or even summary executions.

"The Russian military must live up to their commitment to prevent Iran's militias from sowing destruction here," Abu Yusef Masalmeh, a Daraa al-Balad negotiator, said of the latest deal.

The U.S. State Department on Wednesday condemned what it called "the Assad regime's ruthless assault on Daraa that has killed civilians and displaced thousands."

Most of the 50,000 people who inhabited Daraa fled after weeks of shelling during which the army prevented food, medical and fuel supplies from coming in but opened a corridor for civilians to leave, residents and local officials say.

Assad turned the tables against opposition groups arrayed against him in the war after Russia intervened on his side in 2015, and has since recaptured about 70% of the country.

Over 50,000 civilians along with several thousand former opposition forces lived in the stronghold that was the site of the first peaceful protests against the Assad family rule, which were met by force before spreading across the country.

The area has now become a ghost town after weeks of intermittent fighting and shelling during which the army has prevented food, medical and fuel supplies from coming in but opened a corridor for civilians to leave, residents and local officials say.

The enclave and other towns in southern Syria have since the regime regained control of the province, held sporadic protests against Assad's authoritarian rule that are rare in areas under state control.