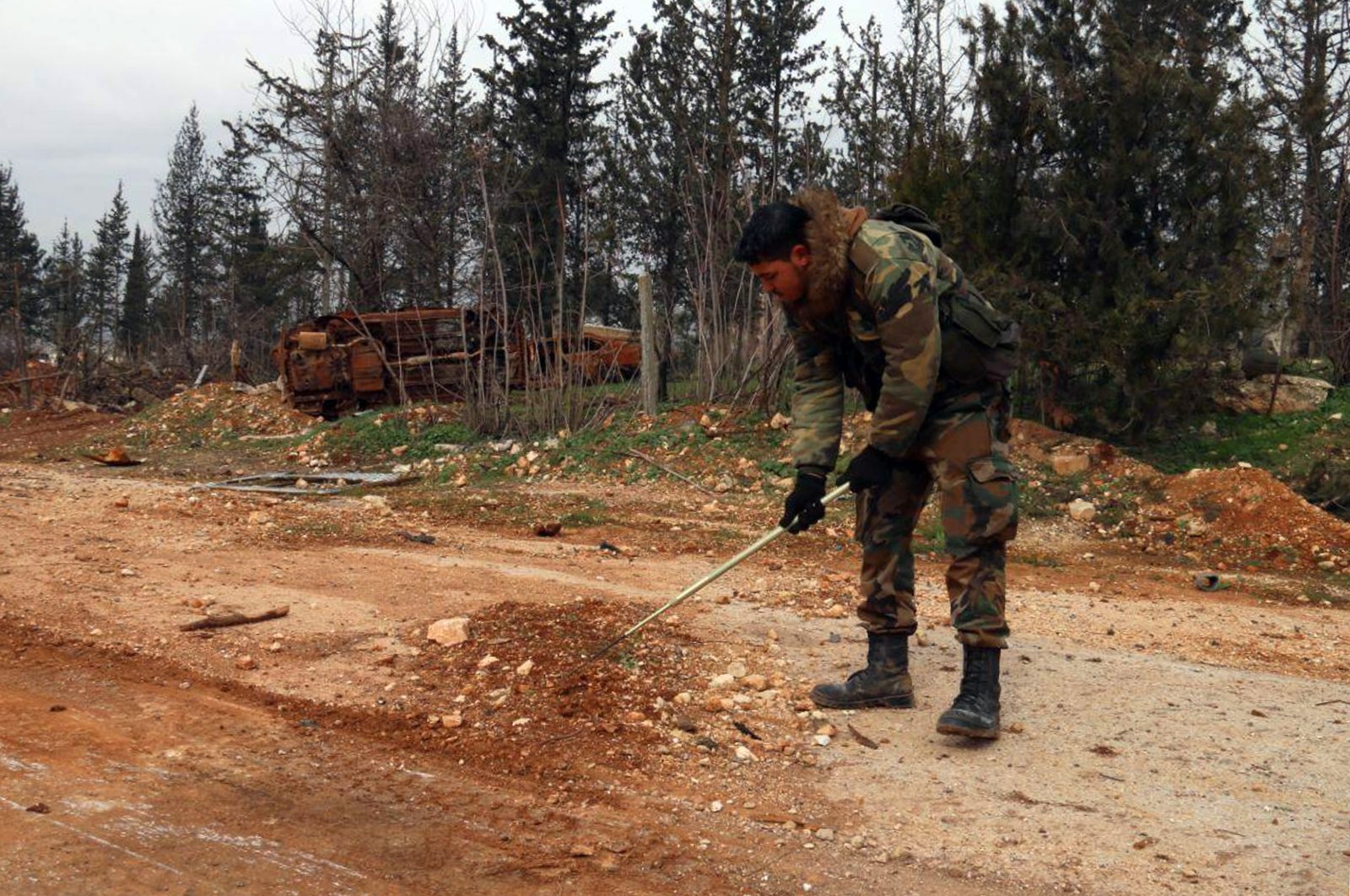 In this photo released by the Syrian official news agency SANA, a Syrian engineering soldier checks for mines in the M5 highway, recaptured by Bashar Assad's forces in Aleppo, Syria, Saturday, Feb. 15, 2020. (AP File Photo)
by Agencies Oct 20, 2021 8:11 am

Thirteen people died, three others were injured in a bomb attack targeting a Syrian army bus in central Damascus on Wednesday.

Pictures on the Syrian state TV channel's account on Telegram showed the charred cabin of the bus.

Two explosive devices went off as the bus was on the Hafez al-Assad bridge, it said, adding that a third device was defused by an army engineering unit.

No one claimed responsibility for the attack.

Such attacks in Damascus have been rare in recent years after regime forces captured suburbs formerly held by opposition forces.

Assad's forces now control much of Syria after military help from his allies Russia and Iran tipped the balance of power in his favor.

Syria’s conflict that began in March 2011 has left more than 350,000 people dead and displaced half the country’s population, including 5 million who are refugees abroad.

In August, Syria’s state media said a short circuit triggered an explosion in the gas tank of a bus carrying soldiers, killing one and wounding three.