Study: Syrians more willing to stay in Turkey, even if war ends 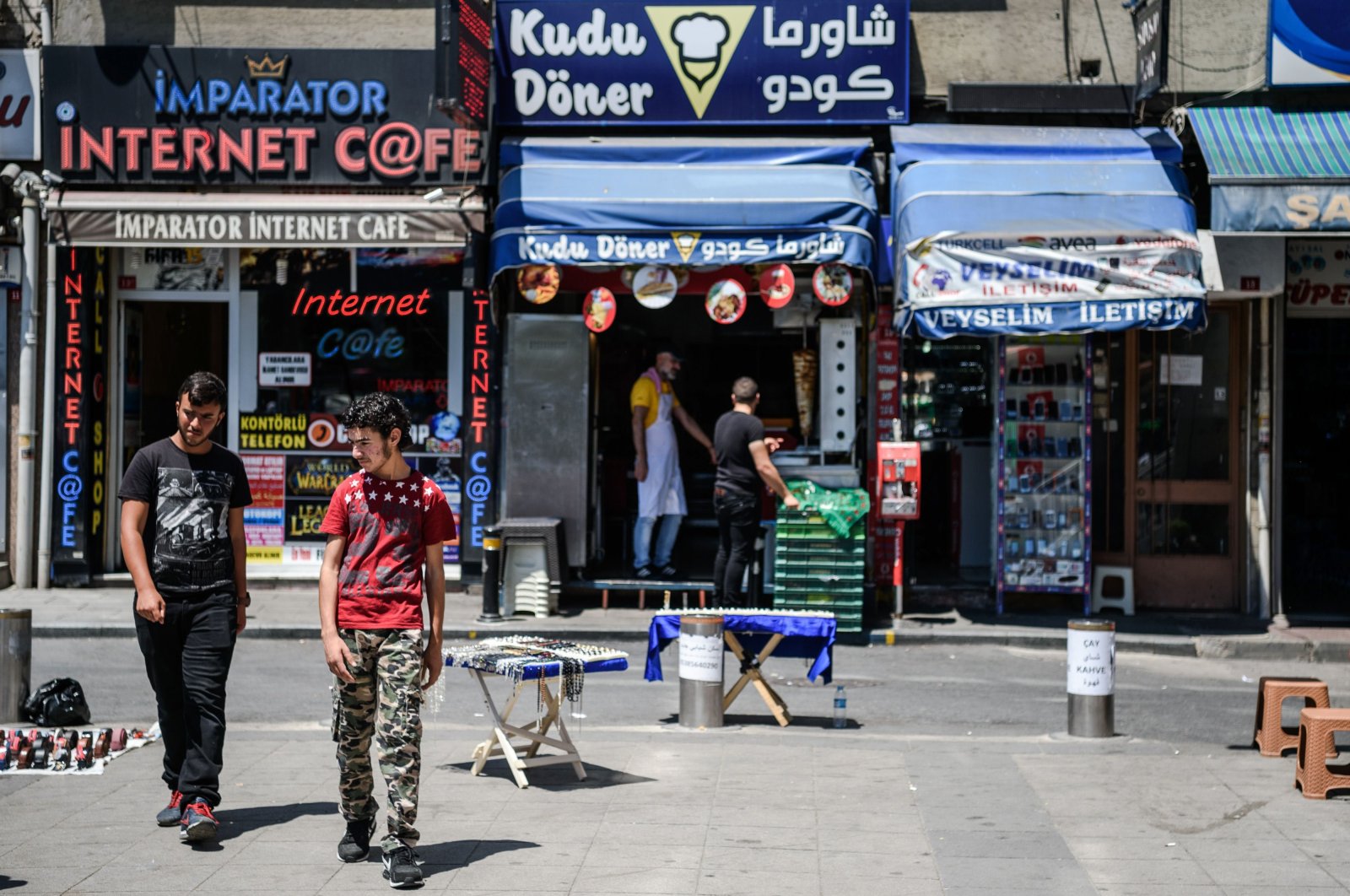 A recent study among the Syrian refugees in Turkey has revealed that, as more years pass since their initial migration to the country, Syrians are becoming more inclined to make their stay permanent rather than return to Syria, even if the decadelong war finally comes to an end.

The Turkish daily Hürriyet reported Thursday that according to the study conducted by Murat Erdoğan, the head of the Migration and Integration Research Center at the Turkish-German University based in Istanbul, there are about 3.635 million Syrian in Turkey.

In 2017, 60% of the Syrians were saying, "If the war in Syria would end, and a government of our choice can be formed, I'd return." However, the latest study shows that this percentage has fallen to 30% in just two years.

Sharing the results of the study with the Turkish Parliament's sub-commission on migration and integration, the academic said that in their last three studies, they discovered that the happiness level of Syrians in Turkey is constantly rising.

"There is a perception that they felt safer and better in the process between 2017 to 2019," the researcher said in his presentation to the parliamentary commission.

In Erdoğan's opinion, it is very "clear" that the Syrians gave up hope for their home country and expect to have a future in Turkey.

The study found that only 6.8% of Syrian refugees say they want to return to Syria.

Although there are many counties that host the persecuted, Turkey is home to the world's largest refugee population.

The study also showed that discrimination toward the Syrians in Turkey has declined from 25% to 21% in the last two years. Additionally, the majority of Syrians no longer request dual citizenship of Turkey and Syria. Instead, they want to become Turkish citizens alone.

Erdoğan emphasized that almost all data on the Syrians in Turkey is quite "positive."

"They acknowledge the fact that culturally, they are closer to us. Why? There are two reasons. First, although Turkish society complains a lot (about the Syrians) verbally when they are asked about the issue, they do not take this stance, meaning that their resistance is passive. Second, which is more important, Syrians have established their own societal ghettos. They, in fact, are not quite aware of what the Turkish society thinks of them," he said.

Ankara so far has spent around $40 billion (TL 274 billion) on the Syrians in Turkey, while the support from the European Union to Turkey for refugees has been only around 3 billion euros ($3.34 billion) from a promised 6 billion euros – a gap Turkey has long demanded be closed.

"The contribution of Syrians to the national income is $75 million. However, the cost of 680,000 children's yearly education to Turkey is 680 million euros," Erdoğan said.

Referring to the heavy domestic migration within Turkey, as almost 3 million people migrate to different provinces each year, Erdoğan expressed that there is a high chance this dynamic mobility within the country enabled the Turkish people to accept the presence of the "late comers" in the community.

Noting that Istanbul's Esenyurt district alone hosts 220,000 refugees, while all of Germany hosts 530,000, Sweden hosts 130,000 and no other European country hosts more than 50,000, Erdoğan underlined it would be absurd to expect the Turkish society to have no reaction at all to such an intense presence of refugees.

In Erdoğan's opinion, the social distance between Turkish and Syrian societies in Turkey has deepened gradually.

"I am afraid it will deepen even further in the upcoming period. We observe that the concern level of Turkish society rises," he emphasized.

"We need to look at the picture realistically. Currently, we are living side by side (with the Syrians.) The percentage of the ones who live in the camps is not even 1%. Therefore, there is definitely a success (in integration.) In fact, this is a miracle; there might have been much worse scenarios," he said.

"They have built a new life. From now on, what is going on in Syria is none of their business," Erdoğan said.

The academic underlined that 90% of Turkish society now believes the Syrians are here to stay.

"To the question of 'Can we live together with Syrians in peace?' 75% says 'no.' Almost everyone rejects the possibility of providing political rights to Syrians, with an average of 87%. When we look at this percentage in terms of political affiliations, we see that even the supporters of the (ruling Justice and Development Party) AK Party say 'no' to political rights, with 80%," he said.

The study also shows that 27% of Turkish society sees Syrians as the biggest problem in Turkey.