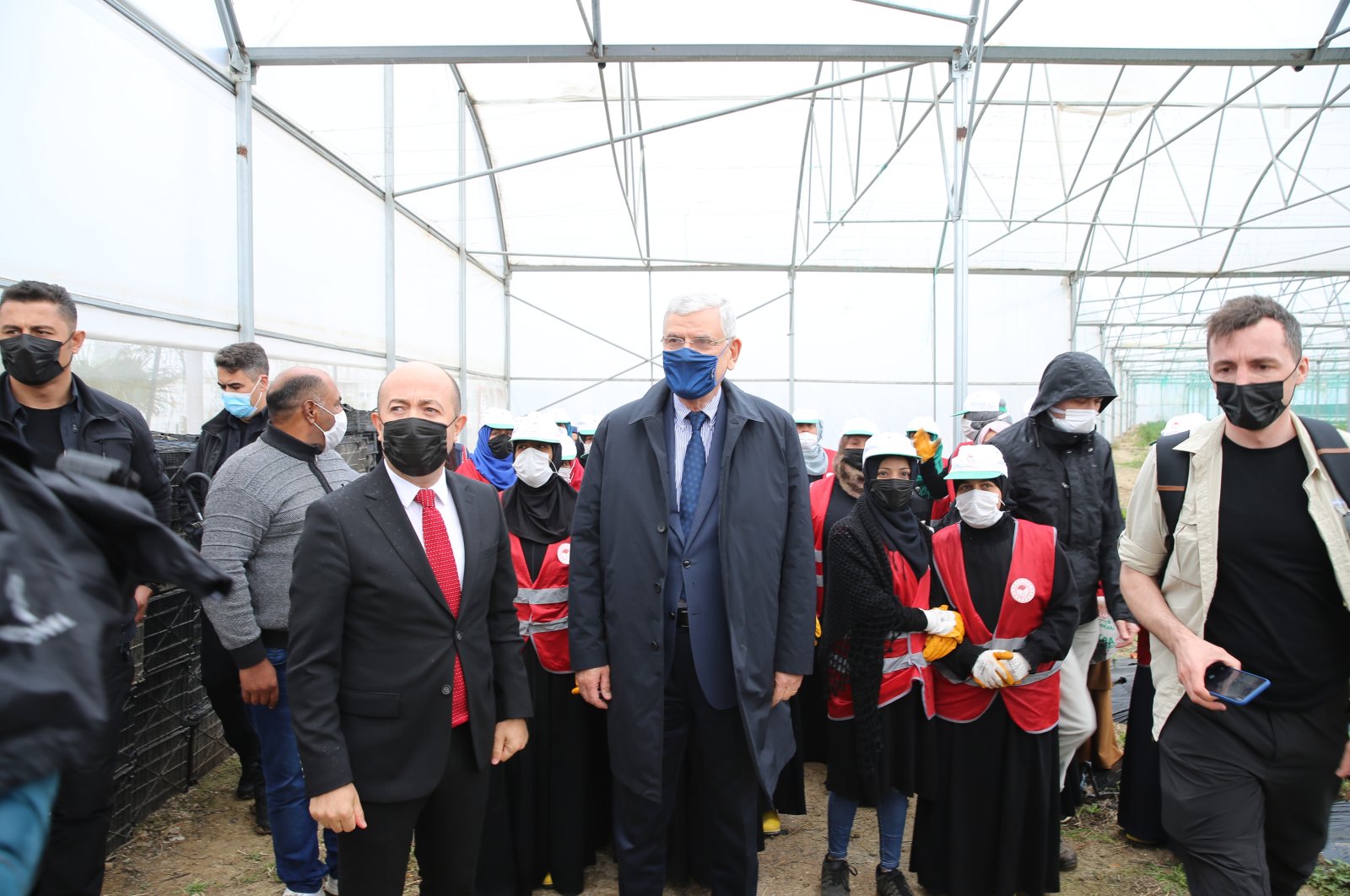 The Turkish diplomat heading the United Nations General Assembly said on Saturday that the greatest human catastrophe the world has ever seen after World War II is being experienced in Syria.

Bozkır was briefed by Mark Cutts, the U.N. regional humanitarian coordinator for the Syria crisis, and other U.N. staff.

"Approximately 2.7 million displaced people live in very difficult conditions in northwestern Syria. Apart from those who migrated to Turkey, Lebanon and Jordan, I'm talking about those living in northern Syria. Approximately 3.4 million people are at risk of starvation. The United Nations General Assembly has addressed the issue of Syria three times, and we had the opportunity to discuss all aspects of it, such as humanitarian aid."

"However, I personally wanted to come here and observe these humanitarian aid operations," he said.

Regarding the U.N.'s humanitarian aid to Syria, Bozkır said, "Unfortunately, only one of the four gates is open, and the U.N. humanitarian aid can be delivered to those in need in Syria through a single door."

"I hope the Security Council will increase this number again at the earliest. I support calls and efforts made by the international community in this direction," he added.

He went onto say that he will share his observations in Hatay with all the U.N. member countries after his return to New York.

Later in the day, Bozkır visited the Boynuyoğun Temporary Refuge Center in the Altınozu district of Hatay province.

Bozkır also inspected a vocational course and talked to Syrian orphans for a while in the Turkish Red Crescent Child-Friendly Area and handed out gifts.

More than 5 million civilians have since been displaced, with Turkey hosting more than 3.6 million Syrians, the most by any country in the world.