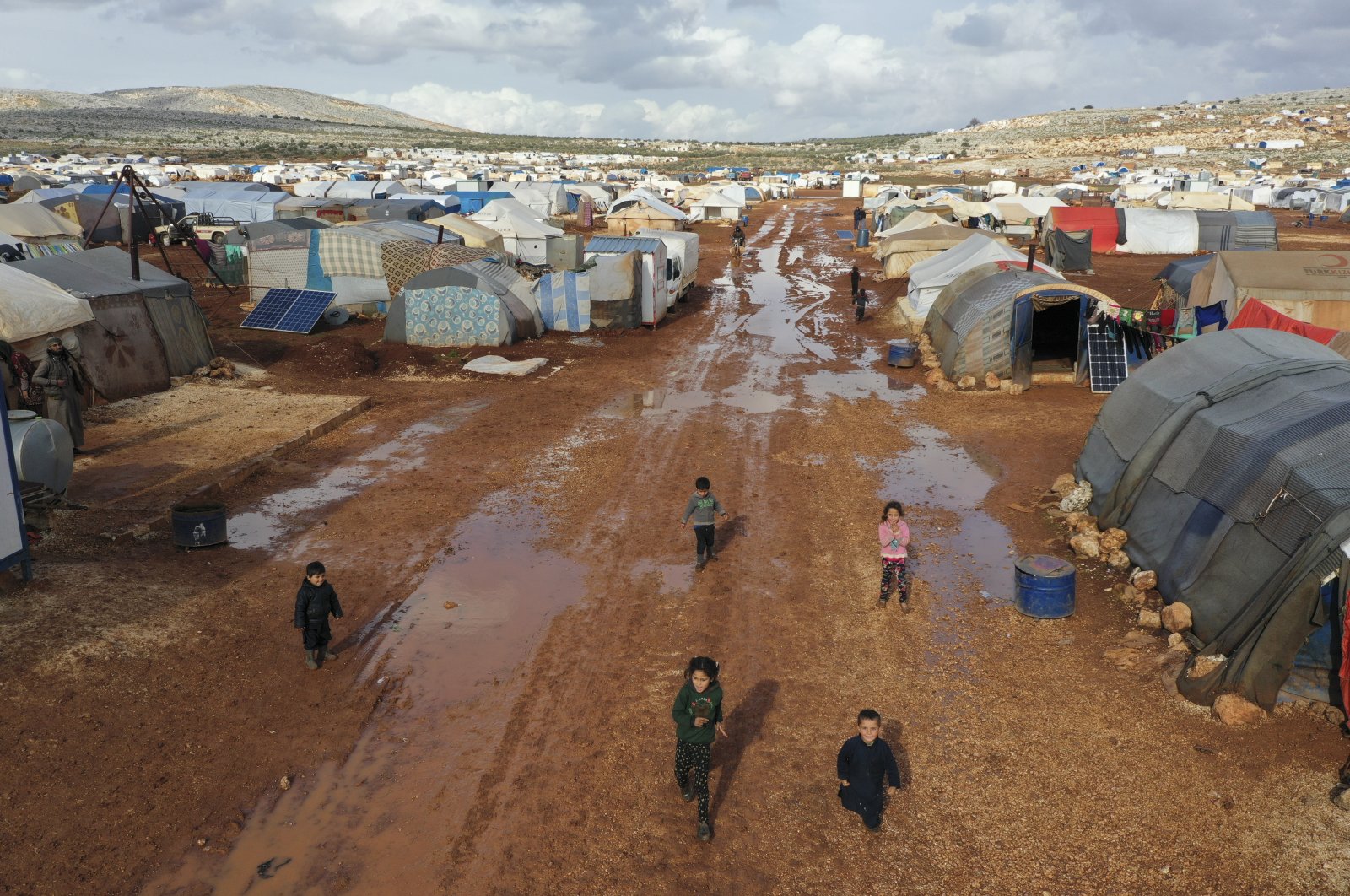 Syrian refugees walk through a camp for the displaced muddied by recent rains near the village of Kafr Aruq, in Idlib province, Syria, Jan. 28, 2021. (AP Photo)
by REUTERS Mar 11, 2021 12:39 pm
Edited By Eralp Yarar
RECOMMENDED

Syria is a "living nightmare" where about half the children have never lived a day without war and 60% of Syrians are at risk of going hungry, United Nations Secretary-General Antonio Guterres said on Wednesday to mark the 10th anniversary of the conflict.

"It is impossible to fully fathom the extent of the devastation in Syria, but its people have endured some of the greatest crimes the world has witnessed this century. The scale of the atrocities shocks the conscience," Guterres said.

"Syria has fallen off the front page. And yet, the situation remains a living nightmare," he told reporters.

A crackdown by the regime led by Bashar Assad on pro-democracy protesters in 2011 led to civil war, with Moscow backing Assad and Ankara and Washington supporting the opposition. Millions of people have fled Syria and millions are internally displaced.

"More humanitarian access is needed," Guterres told reporters on Wednesday. "Intensified cross-line and cross-border deliveries are essential to reach everyone in need everywhere. This is why I have repeatedly urged the Security Council to achieve consensus on this crucial matter."

The 15-member Security Council first authorized a cross-border aid operation into Syria in 2014 at four points. Last year, it reduced that access to one crossing point from Turkey due to opposition from Russia and China over renewing all four. The council is due to address the issue of cross-border aid again in July.

Throughout the past decade, the Security Council has been divided over how to handle Syria, with Syrian ally Russia and China pitted against Western members. Russia has vetoed 16 council resolutions related to Syria and was backed by China for many of those votes.