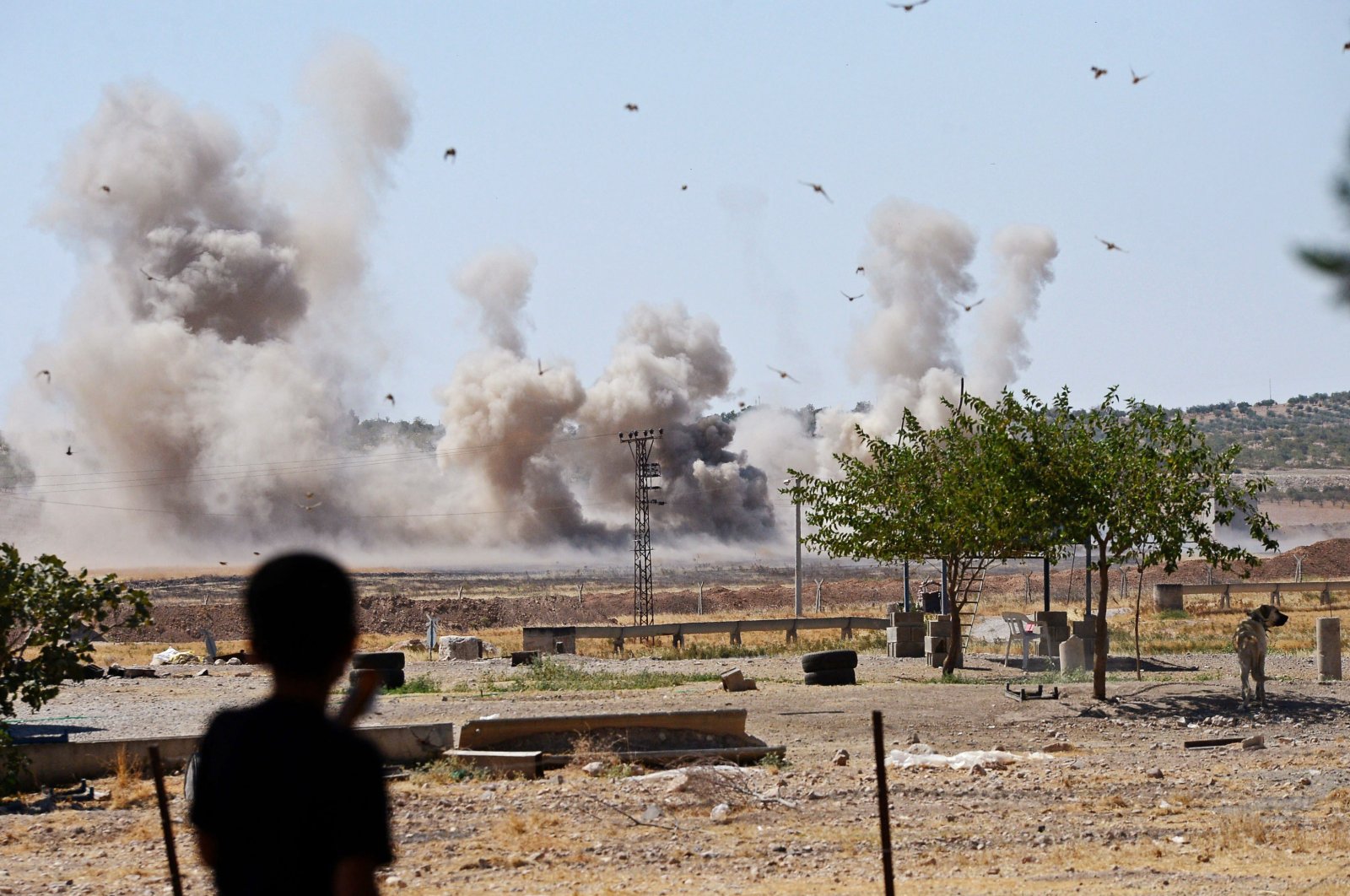 Syria overtook Afghanistan last year as the country with the highest number of recorded casualties from landmines and explosive remnants of war, a monitoring group said Wednesday.

The Landmine Monitor said Syria had registered the most victims for the first time since its annual reports began in 1999, with 2,729 people either killed or injured.

The monitor could not confirm any new use of anti-personnel mines by the Bashar Assad regime or Russian forces, but armed groups "likely continued to use improvised landmines, as in previous years," it said.

The Syrian branch of the PKK terrorist organization, YPG, has been recently accused of planting mines in northern Syria’s Tel Rifaat region as the terrorists fear a possible counterterrorism operation by the Syrian opposition and Turkish military.

A large number of mines were delivered to the terrorists from four Russian-made ZIL military vehicles, which arrived at the YPG/PKK headquarters near Menach airport on Nov. 3, the report by Anadolu Agency (AA) said.

Earlier in September, the United Nations said the raging conflict in Syria has killed more than 350,000 people in the past decade. The U.N. statistical analysis indicated that the actual number of people killed between March 2011, when the uprising started in Syria, and March 2021 was higher. It added that in many cases, however, there was a lack of information or documentation of the deaths.

"Our numbers include only those people identifiable by their full name, with an established date of death, and who died in an identified governorate," the report said. According to the U.N., more than 27,000 children have died in the conflict so far.

Forces loyal to the Assad regime currently control about 70% of Syria's territory, an area home to about 40% of the population, the U.N. has said. The Syrian Observatory for Human Rights says that 500,000 people have been killed in the war and that it is examining a further 200,000 cases.

"This was mostly the result of increased armed conflict and contamination with mines of an improvised nature," the monitor said.

The number remains far higher than the all-time low of 3,456 registered in 2013. Some 164 countries are bound by the landmark Mine Ban Treaty struck in 1997.

"The continued high number of casualties and disappointingly slow clearance outputs highlight serious and persistent challenges to treaty implementation," said monitor editor Marion Loddo. "If we are to reach a mine-free world, states must redouble their efforts toward speedy implementation of their obligations and a much more efficient distribution of resources among all affected states and territories," she added.

Where the age, combat status and gender of victims were known, 80% of casualties were civilians – of which half were children – while males made up 85% of the victims.

From mid-2020 to October 2021, Myanmar was the only country whose state forces had used anti-personnel mines, the report found. There were indications that the new use of anti-personnel mines happened during the Nagorno-Karabakh conflict in late 2020, but they could not be confirmed.

Meanwhile, non-state armed groups were found to have used anti-personnel mines in Afghanistan, Colombia, India, Myanmar, Nigeria and Pakistan, while alleged uses in seven other countries could not be confirmed.

"Ongoing use of mines by non-state armed groups is particularly worrisome and more can be done to prevent anyone from using these weapons," said Mark Hiznay, the monitor's ban policy editor.

Nearly 146 square kilometers (56 square miles) of land was reported cleared of landmines last year, with more than 135,000 anti-personnel mines destroyed. Sri Lanka completed the destruction of its stockpile in 2021 – the 94th country to do so.

The 23rd annual report is produced by the Landmine and Cluster Munition Monitor, the research and monitoring arm of the International Campaign to Ban Landmines and the Cluster Munition Coalition nongovernmental organizations (NGOs).