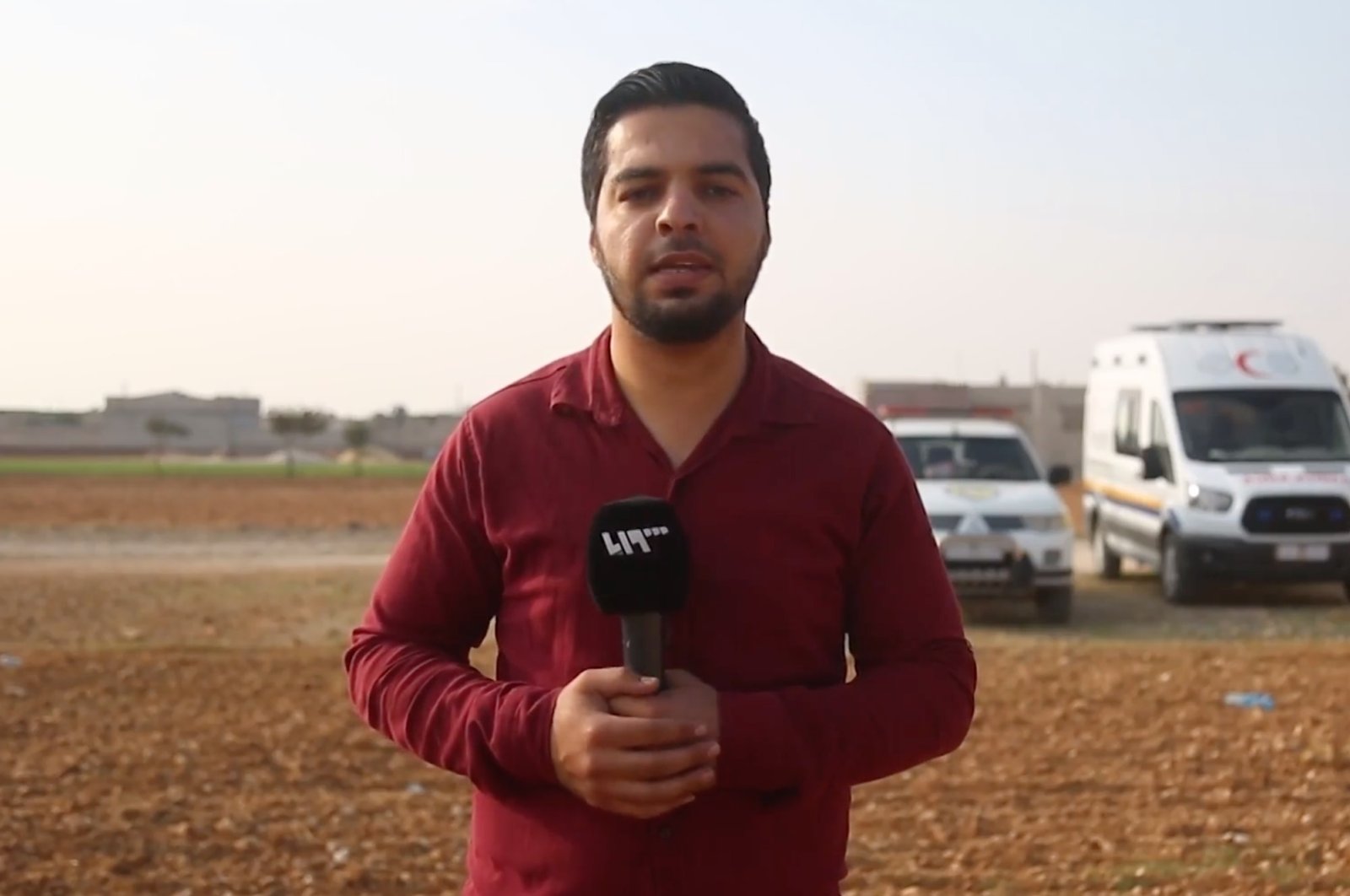 Syria TV condemned the assassination attempt against the news outlet’s reporter Bahaa Al-Halabi and called for justice, saying in a statement late Thursday “we strongly condemn this act of crime which targeted our colleague who was trying to do his duty and be faithful to his job.”

According to the statement, the attack was carried out on Wednesday in the north of Syria’s northwestern Aleppo province by two perpetrators wielding machine rifles.

“As a result of the attack, his hand, one of his shoulders and one of his legs, and his back were wounded,” the news outlet said.

“It is obvious that journalists working in Syria were directly targeted with this act,” the statement added.

“We are hereby calling upon all media executives to show solidarity in the face of this terror wave and support local, Arabic and international media organizations, Syrian journalists and all media workers,” Syria TV added.

“We are requesting from the local authorities and security forces to capture and arrest the perpetrators and reveal the truths regarding the incident.”