Syrian opposition calls on EU to back constitutional process 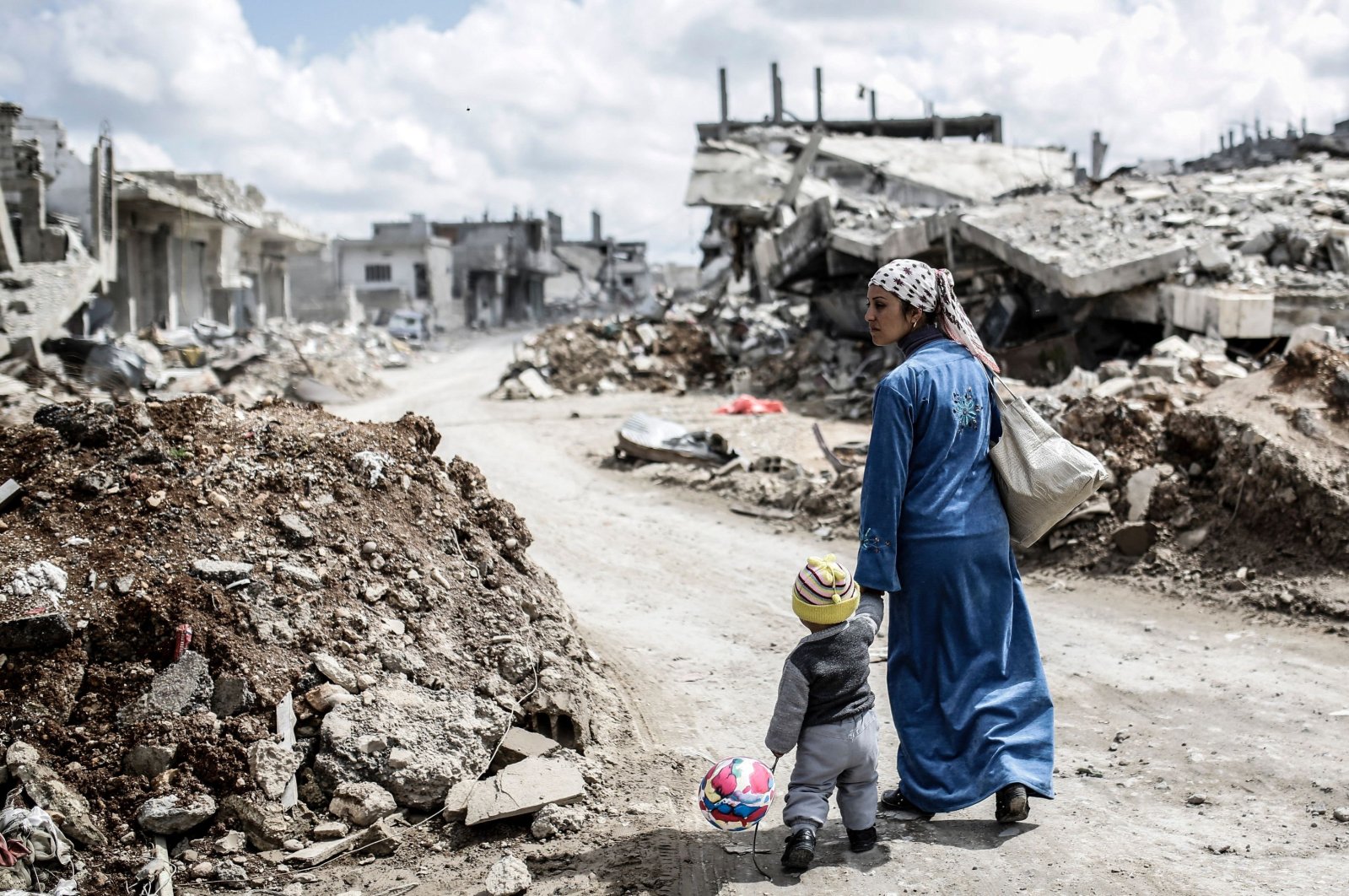 Syrian opposition leaders asked the European Union for help Tuesday in referring back the Syrian constitutional process to the United Nations Security Council.

"This year is a make or break year for the (U.N. Security Council) resolution 2054. The international community and the EU should help formulating a new mechanism to implement" the decision on the Syrian political process, Anas al-Abdeh, the president of the Syrian Negotiation Commission, told EU lawmakers.

Speaking at a hearing of the European Parliament's Foreign Affairs Committee, al-Abdeh explained that Bashar Assad's regime backed by Russia and Iran "played all the tricks" to block the implementation of the U.N. resolution.

The decision of the U.N. Security Council, adopted unanimously in 2015, required a settled political process for the Syrian crisis by forming a transitional government, drafting a new constitution, and organizing free and fair elections.

"The European Union, the United States and allies should invest more efforts in the constitutional committee's work as being the door opener to the wider political process," Hadi al-Bahra, the co-chair of the Constitutional Committee told the European Parliament committee.

Without the international community's help, "Russia will be free to exploit the constitutional process" that leads to "a mission impossible without resolving the root causes which led to the people revolt against felony, corruption, and terrorism," he added.

According to al-Bahra, the constitutional process needs a clear timeframe of six months set by the U.N. Security Council, otherwise, the Assad regime can undermine the political process by organizing illegitimate presidential elections and leading the country into complete bankruptcy.

In his opening speech of the EU's Syria donor conference on March 30, Josep Borrell, the bloc's foreign policy chief, ruled out the cooperation with the Assad regime in reconstructing the country unless it changes course and stops violence and repression.

The EU has provided 25 billion euros ($29 billion) in assistance for the Syrian crisis over the past 10 years and pledged another 560 million euros for 2022.

Syria has been in a civil war since early 2011 since the regime cracked down on pro-democracy protests.

Around half a million people were killed, and more than 12 million needed to flee their homes becoming refugees or internally displaced over the past decade, according to the EU.

Turkey is the largest host country for Syrian refugees and provides international protection to more than 3.6 million Syrians who fled the neighboring country.