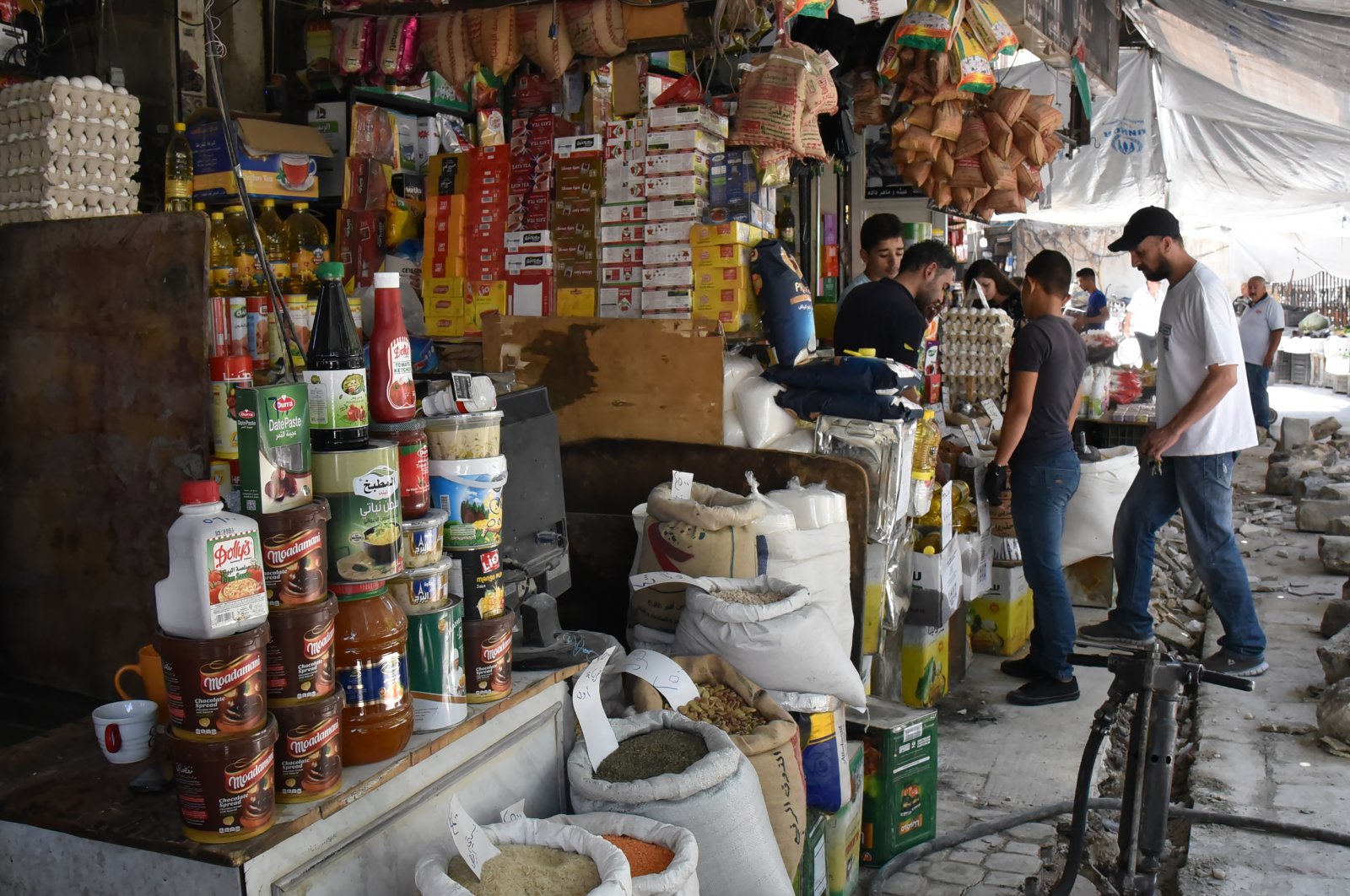 The Bashar Assad regime has increased prices of vital goods including bread and fuel amid a worsening economic crisis in the war-torn country and decreed a 50% salary hike Sunday.

The regime doubled the price of bread, the country’s main staple, and increased the price of diesel fuel by 180% coinciding with a decree giving hundreds of thousands of civil servants and military members a 50% salary increase.

In a second decree, Assad raised public sector and military pensions by 40%, according to the official SANA news agency.

The Syrian economy has been hard hit by a decade of war, Western sanctions, widespread corruption, and most recently, a severe economic and financial crisis in neighboring Lebanon. The last salary increase was announced in November 2019.

The price of diesel fuel nearly tripled and the price of bread doubled Sunday, according to SANA, only days after Damascus announced a 25% increase in the price of petrol.

"This was all expected and now we fear further increases in the price of ... food and medicine," Damascus resident Wael Hammoud, 41, told Agence France-Presse (AFP) while he waited for more than 30 minutes to hail a cab to take him to work.

A price list published by the state news agency Saturday night showed one liter of diesel fuel will now cost 500 pounds, up from the 180 pounds users in most sectors were paying previously.

Mustafa Haswiya, of the regime-run Syrian company for the Storage and Distribution of Petroleum Products, said 80% of Syria's hydrocarbon needs are purchased from abroad using foreign currency. "It was necessary to raise prices in order to reduce the import bill," SANA quoted him as saying.

The price of subsidized bread doubled to 200 Syrian pounds. The regime-run Syrian Foundation for Bakeries said that the rising price of diesel fuel contributed to the increase, according to SANA.

Diesel fuel in Syria is used to power vehicles and private generators that run for up to 20 hours per day in some areas to supplement an ailing power grid hampered by fuel shortages.

The pro-regime Al-Watan daily Sunday said the diesel fuel hike will lead to "an increase in the price of transportation within and across provinces" by more than 26%. The agriculture and industrial sectors will also see production costs rise, it noted. The cost of heating homes will also climb by 178%, according to Al-Watan.

An economist in Damascus, who spoke on the condition of anonymity, said that the regime will continue to raise prices as the crisis deepens. "As long as there is no money entering the treasury, the price increases will continue," he said.

The latest price hikes came nearly two weeks after the government in neighboring crisis-hit Lebanon raised fuel prices by more than 35% to combat shortages that authorities there blame in part on smuggling to Syria.

The provision of basic services and staple goods in Syria has been battered by the country's civil war, which began in 2011 with government repression of protests.

The United States dollar is trading at about 3,200 pounds on the black market while the official rate is 2,500 pounds.

For years, the Bashar Assad regime has ignored the needs and safety of the Syrian people, only eyeing further gains of territory and crushing the opposition. With this aim, the regime has for years bombed vital facilities – including schools, hospitals and residential areas – causing the displacement of almost half of the country’s population while adopting policies to make their lives more difficult.

Nearly 80% of Syrians live in poverty, and 60% are food insecure – the worst food security situation ever seen in Syria, according to the United Nations.

The growing economic crisis in the war-torn country and compulsory military service has led Syrians in areas controlled by the Assad regime to seek refuge with the opposition.