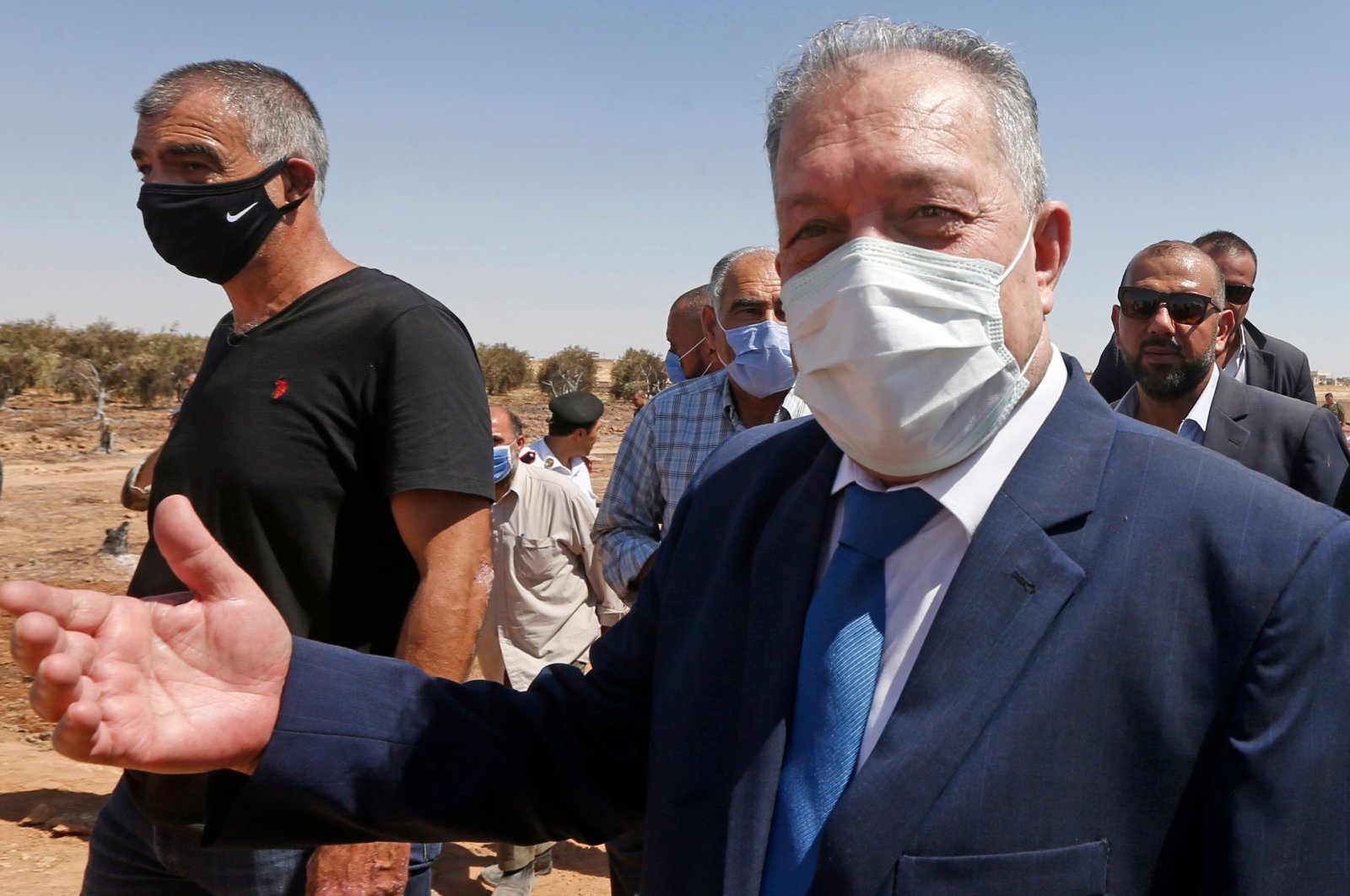 Syrian prime minister-designate, Hussein Arnous, visits on Aug. 24, 2020, the site of an attack on a gas pipeline near Damascus, between the areas of Adra and al-Dhamir. (AFP Photo)
by French Press Agency - AFP Aug 30, 2020 5:36 pm
Edited By Nurbanu Tanrıkulu Kızıl
RECOMMENDED

The decree, published on the presidency's social media channels, keeps the heads of the foreign affairs, defense, interior, economy and information ministries in their posts but changes those in charge of 12 other cabinet portfolios, including the ministries of finance, energy and public health.

The 29-minister government, which includes three female ministers, is the fifth to be formed since the outbreak of Syria's civil war in 2011.

It came as Syria grapples with a grinding economic crisis, a spiraling coronavirus outbreak and continued violence in the country's north.

The government's official mandate will expire next July when presidential elections are due, after which it will continue to function in a caretaker capacity until a presidential decree is issued naming a new cabinet, as per the constitution.

Arnous, an engineer who was previously the water resources minister, replaced Imad Khamis after he was sacked more than two months ago.

Khamis headed the government for four years and the presidency did not give an official reason for his removal, but it followed a wave of criticism against the government for its handling of an economic crisis that had plunged war-weary Syrians deeper into poverty.

A new wave of U.S. sanctions against Syria that came into effect in June has sparked fears of deeper economic turmoil.

Like Assad and Khamis, Arnous has been a target of U.S. and European sanctions.

He is now to head a government that must grapple with a coronavirus pandemic that is sparking alarm among medics and aid groups.

The regime says it has recorded 2,628 cases of COVID-19, including 106 deaths in regime-held areas, but doctors and residents in Damascus say the real number is much higher.

Arnous, 67, hails from Maaret al-Numan in Idlib province, half of which is controlled by the opposition.

After nine years of war, Assad controls some 70% of Syrian territory.

The conflict since 2011 has killed at least 380,000 people and displaced half of the country's pre-war population.