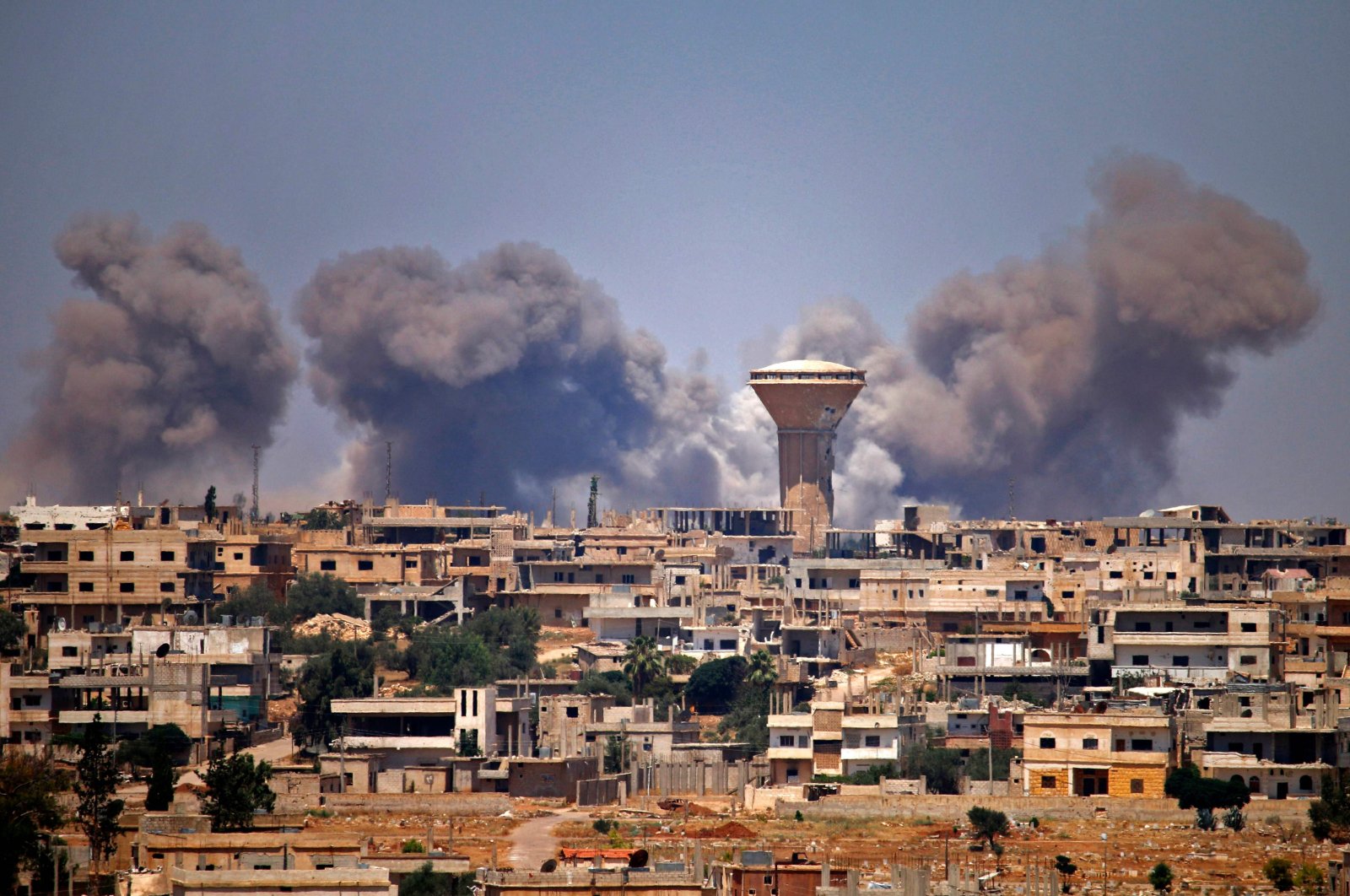 Smoke rises above opposition-held areas of the city of Daraa during airstrikes by the Syrian regime forces, July 5, 2018. (AFP Photo)
by Daily Sabah with Agencies
Nov 22, 2020 9:22 pm

The regime tortured many people in Daraa that had applied for amnesty based on the deal, Anadolu Agency was told.

Those tortured include about 40 former members of the Syrian army, who left when the civil war began.

According to the Syria TV news website, a former police officer, Muaz Ata el-Samidi, who had applied for amnesty to the regime, was executed Saturday. His family was asked to take his body.

El-Samidi left the regime forces in 2012.

Back in 2011, upon the flow of the Arab Spring's spreading to Syria, a group of students in Daraa began the Syrian opposition movement by writing "Ejak el door ya Doctor," meaning "Your turn, doctor," on a school wall.

The same year, Assad forces, backed by allied Russian forces, started a massive ground and air offensive to retake Daraa from the opposition.

The onslaught forced more than 320,000 people to flee and camp in open spaces or makeshift shelters near the border with Jordan or the Golan Heights.

In accordance with the 2018 deal, public buildings display regime flags and have one regime security guard each.

Although Assad regime forces claim that Daraa is completely under their control, in reality, there are constant attack attempts by unknown forces. In these attacks, many regime figures, including high-ranking military officials, have been killed.

Civilians in the region, on the other hand, warn regime forces to respect the boundaries of the deal while often staging protests for the release of the prisoners.

For years, the Assad regime has ignored the needs and safety of citizens, only eyeing further gains of territory and crushing its opposition. With this goal, his forces have bombed vital facilities like schools, hospitals and residential areas, causing the displacement of almost half of the country's population.

Hundreds of thousands of innocent people have been killed in the nine years of brutal civil war that have riddled Syria. Yet, these attacks were not carried out through conventional weapons alone as the Bashar Assad regime repeatedly used chemical weapons, and no legal process is being conducted for these crimes.

According to data supplied by Anadolu Agency (AA), the Assad regime has used chemical weapons in Syria at least 216 times over the last nine years. The regime conducted its first major chemical attack on Aug. 21, 2013, in the eastern Ghouta region of Damascus. The onslaught, which killed over 1,400 civilians, raised international concern at the time.