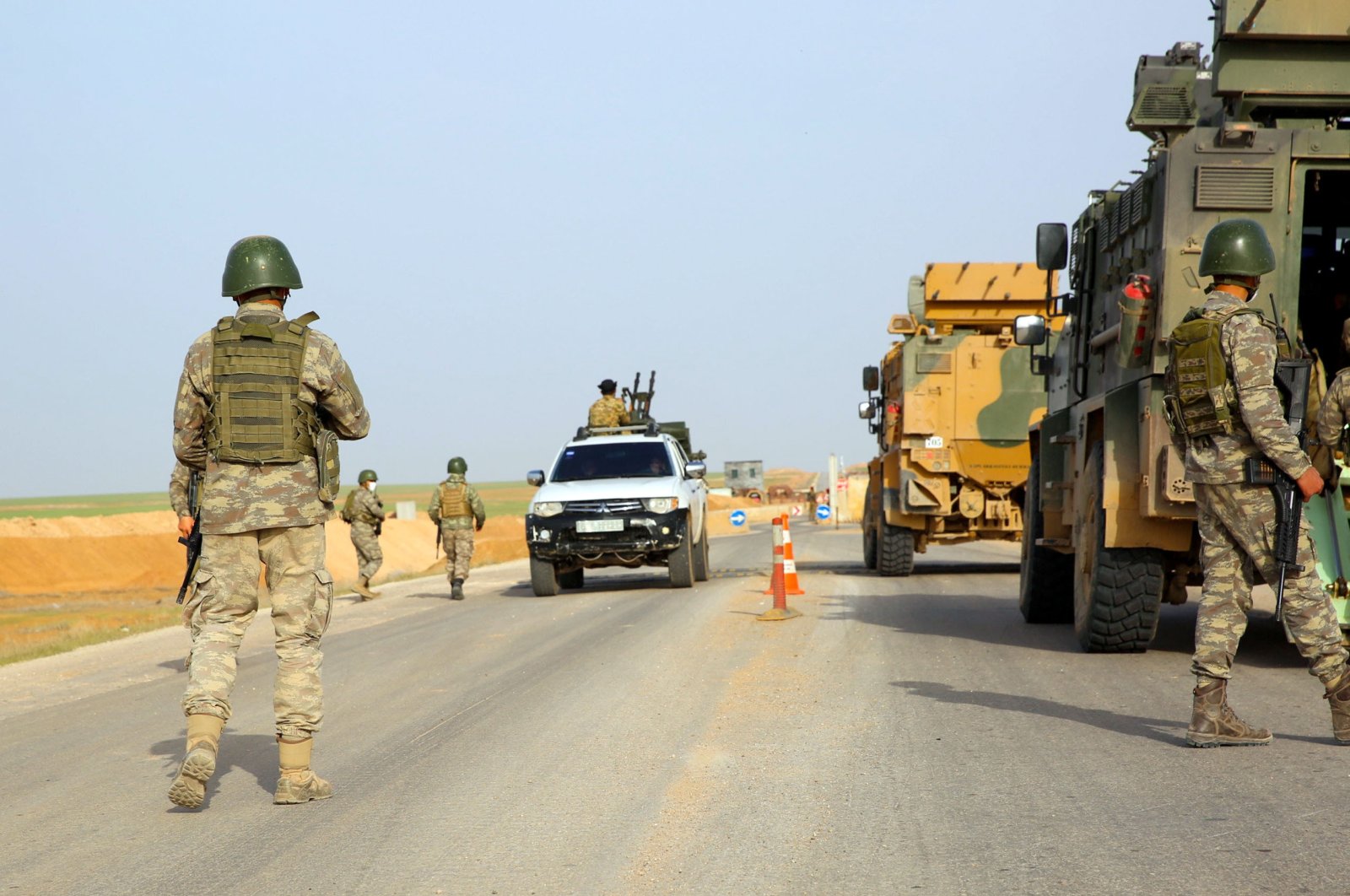 YPG/PKK terrorists tried to infiltrate a village near the front line of Syrian National Army (SNA) soldiers in Tal Abyad district, which was liberated from terrorists by Turkey and the SNA.

A clash then took place between SNA soldiers and the terrorists, during which the SNA troops held them back.

The YPG, which continues its occupation in the Tal Rifat and Manbij regions, frequently stages terrorist attacks targeting the al-Bab, Azaz, Jarablus and Afrin regions.

The YPG has increased the frequency of its attacks, targeting the northwestern town of Jarablus, aiming to displace civilians living in the area.

Since 2016, Turkey has launched a trio of successful counterterrorism operations across its border into northern Syria to prevent the formation of a terror corridor and to enable the peaceful resettlement of residents. Those operations were Euphrates Shield (2016), Olive Branch (2018) and Peace Spring (2019).

Ankara considers the YPG, which is backed by the U.S.-led anti-Daesh coalition on the pretext of fighting the Daesh terrorist group on the ground, a grave national security threat.