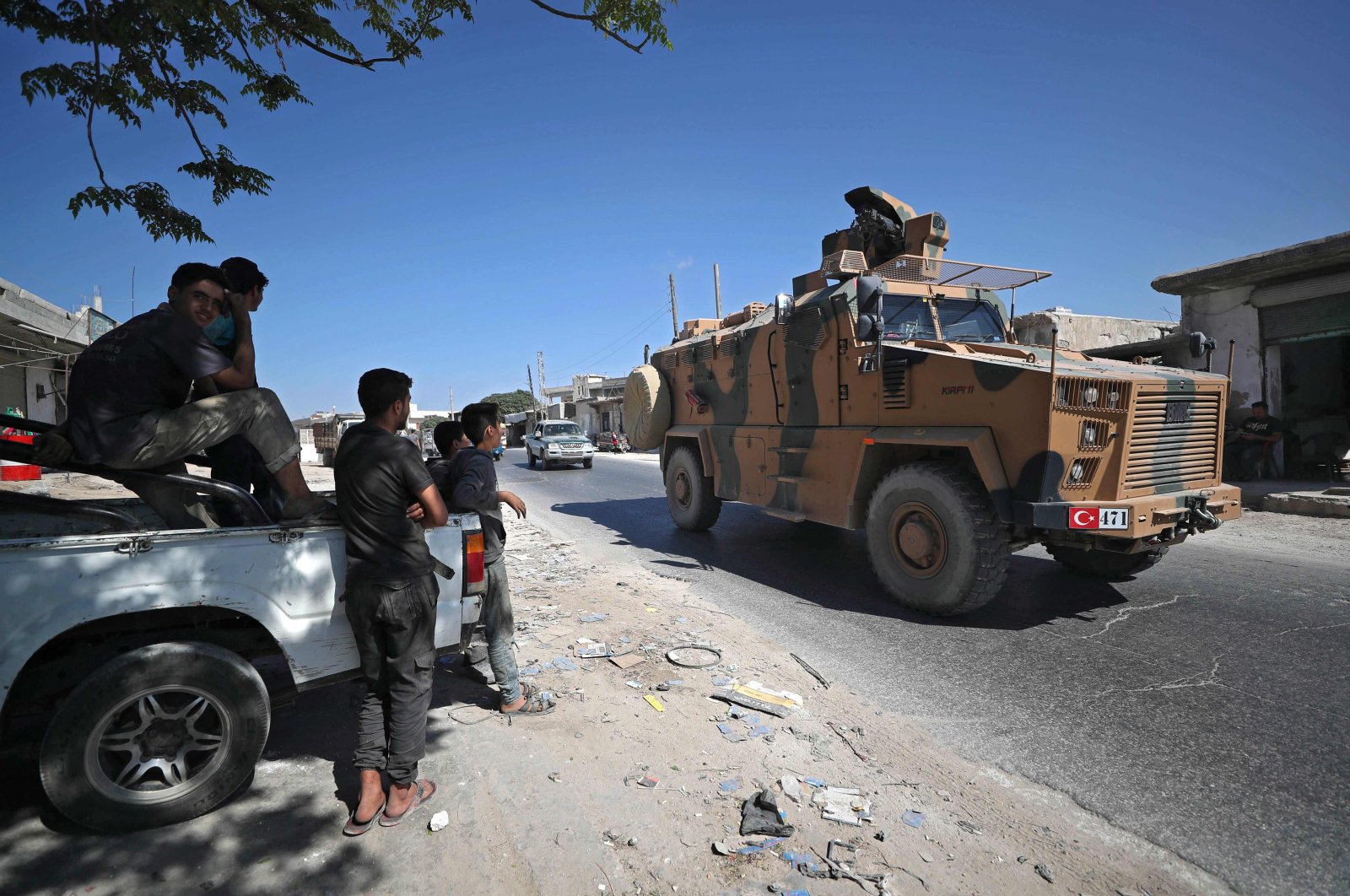 Syrians watch a Turkish military vehicle within a convoy passing through the al-Mastumah village, heading to the south of Idlib in northwestern Syria, on Oct. 14, 2020. (AFP Photo)
by DAILY SABAH WITH AGENCIES Oct 16, 2020 11:26 am
RECOMMENDED

The Turkish Armed Forces (TSK) has made a major military deployment to Syria's northwestern province of Idlib after months of relative calm in the region.

According to the Turkish daily Milliyet, a convoy of 70 vehicles, consisting of tanks and artillery, crossed the border Thursday and entered Idlib. The military convoy was deployed particularly to the Turkish observation points in Idlib.

Apart from the heavy deployment, the Turkish military also started to build a new military base in the southern part of Idlib, the daily reported.

Turkey's new deployments came following a rise in tension over the past week in the region that Bashar Assad regime forces are reported to have bombed once again.

On Wednesday, the Syrian regime and its backer Russia targeted the region, killing two and injuring 13 others.

The attack took place after months of relative calm thanks to a cease-fire between Turkey and Russia.

The campaign ended after the cease-fire was inked last March.