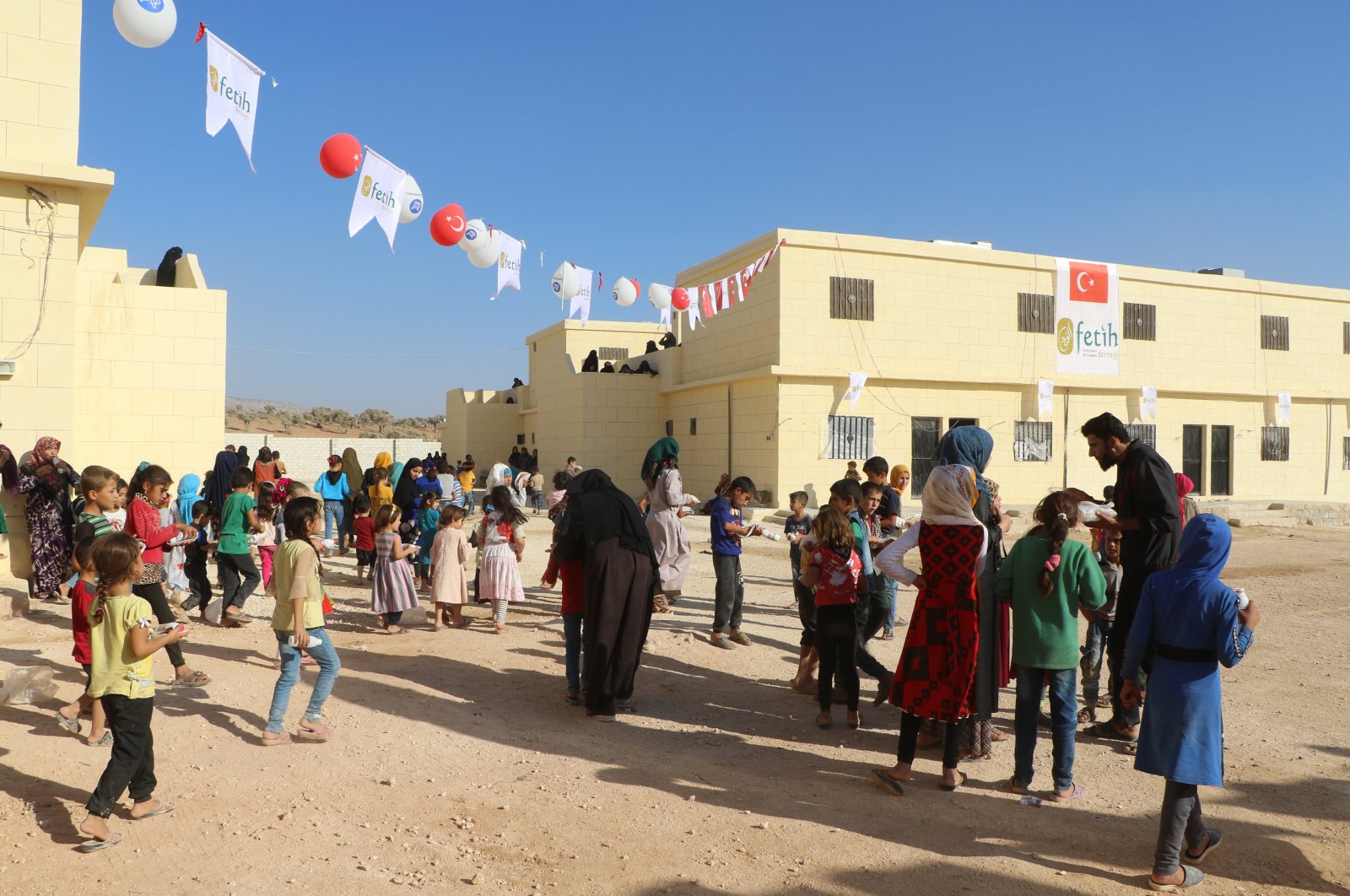 The Free Thought and Educational Rights Society (Özgür-Der) and Fetih Association, in coordination with Turkey's state-run Disaster and Emergency Management Presidency (AFAD), completed the construction of 10 units of three-story buildings.

Around 250 war-weary families will live in these houses that started to be delivered on late Sunday.

Some 4.3 million people are living in Idlib, with many of them in tents.

Rıdvan Kaya, the Chairperson of Özgür-Der, said people, who lost their limbs due to the conflict in the country and their families will live in this area.

"These people should be moved from tents where it is very hot in the summer and cold in the winter and the living conditions are very difficult," he noted.

Yılmaz Bulat, the head of Fetihder, said it is very important for people with disabilities living in tents to move to these houses.