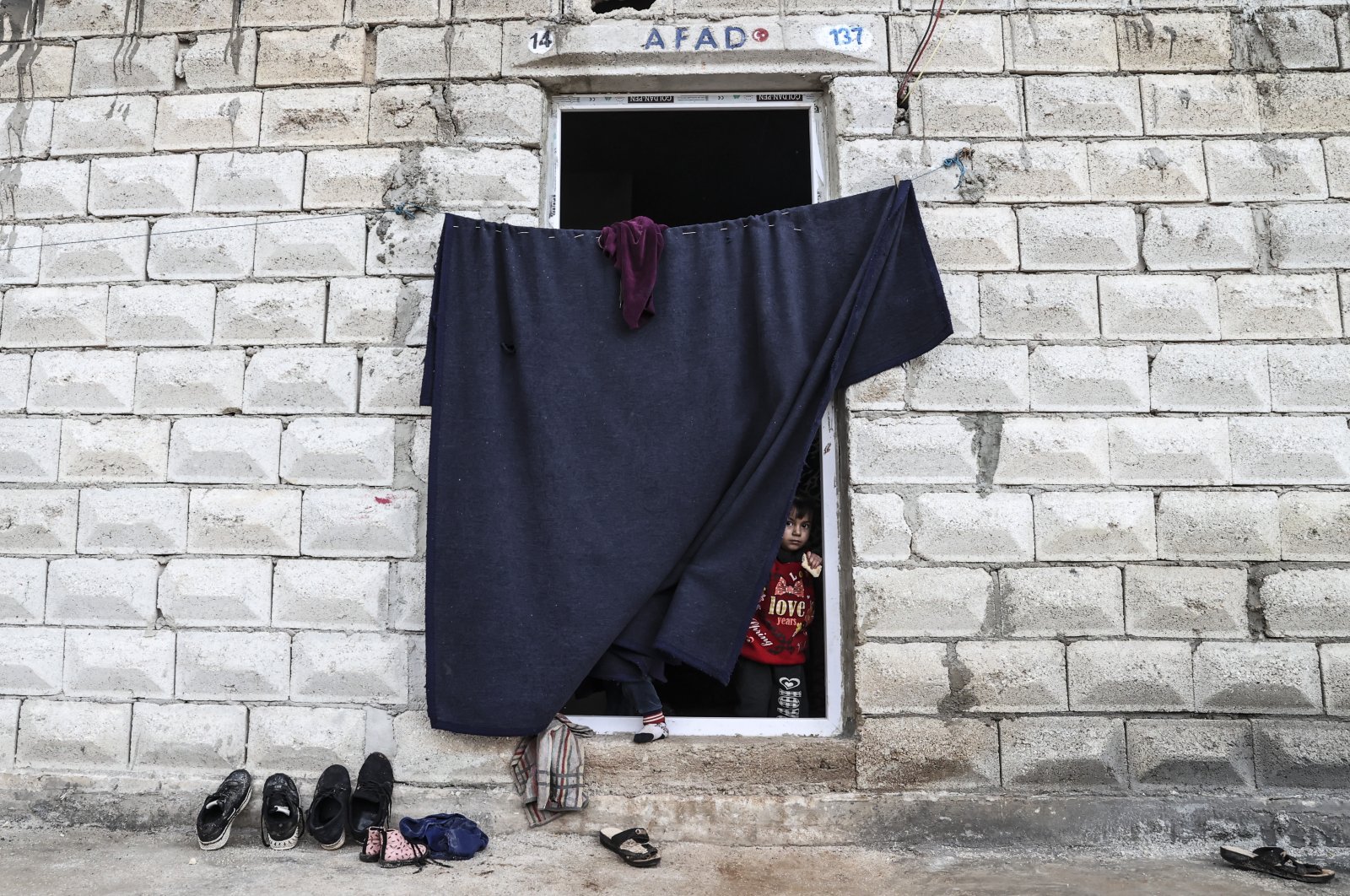 Launched on Jan. 13, 2020, in coordination with Turkey's Disaster and Emergency Management Presidency (AFAD), the "We are together, We are siding with Idlib" aid campaign received major support from other Turkish aid organizations, including from the Turkish Red Crescent (Kızılay), the Humanitarian Relief Foundation (IHH), the Sadakataşı Association, the Türkiye Diyanet Foundation and many more. Apart from the aid organizations, Turkish people have also contributed heavily to the project, providing more than TL 1 billion ($140 million) in cash, so far.

On Thursday, the Interior Ministry provided a press visit to the Meşhet Ruhin and Der Hassan districts of Idlib, where the construction of the briquette houses have been completed for the most part and are already hosting their first residents.

Losing their loved ones to the 10-year civil war, the displaced Syrians who have recently moved to the briquette houses are grateful for this major development in their lives, while also dreaming of a better life.

"Thank God (for this house.) May God provide more to the ones who enabled these houses," said one of the displaced Syrians, Semira Gedro Marras.

Highlighting the sharp difference between the tents and the briquette houses, Marras expressed to Anadolu Agency (AA) that her remaining wish is for her paralyzed husband to receive treatment.

Another resident, Absi Abdallah Saravi, stated that despite the improvements, they are having difficulty building a new life.

"We have seen many wounds created by the war. We are having difficulty building a new life. We are here temporarily and trying to survive the day," he emphasized.

For the ones who are still living in the tents, however, the briquette houses represent a dream come true.

"As you can see, when there is rain, everywhere becomes mud in here. We are in trouble here," said Halid Mahmud, who has been living with his three children in the Vadiettin Camp in Der Hassan district, pointing at the signs of the rain on his tent.

"The houses that were built by Turkey look lovely," Mahmud continued, "I hope they will build even more beautiful ones in the future."

The lives of Syrian people dealing with many difficulties in rural Idlib's tent camps have become much harder due to the recent winter conditions. As the humanitarian catastrophe in the region has reached new heights, people try to survive by taking shelter under trees or in shaky tents built on mud and puddles.

Speaking to members of the press following the visit, Çataklı reiterated that Idlib's population, once around 1.5 million, has tripled since the beginning of the war and has now reached 3.75 million. A remarkable portion of these people are living in tents, Çataklı said.

Çataklı stated that a total of 12 aid organizations have contributed to the construction of the briquette houses, which were built upon the orders of President Recep Tayyip Erdoğan to normalize life in the war-hit region to some extent.

According to Çataklı, although the initial number of the houses was to be around 20,000, this number was quickly increased to 50,000 due to the high demand. A commitment has been made by the aid organizations to build a total of 52,772 houses by the end of 2021.

The construction is ongoing in 124 different locations in Idlib and a total of 27.665 houses have been completed so far, 17.553 of which have already been inhabited.

Back in June 2020, Erdoğan pledged to fund the construction of 50 briquette homes for civilians in Idlib, saying Turkey planned to fulfill the target during the summer so the shelters would be ready for the refugees before winter sets in. First lady Emine Erdoğan also donated funds to subsidize 57 briquette homes. Although Turkish officials and charities continue their efforts to provide humanitarian aid, there are still thousands more who need urgent assistance from the international community.

Since December 2019, almost 1 million people have fled the Assad regime’s offensive on Idlib, considered the last opposition bastion, with many seeking refuge in overcrowded tent camps near the Turkish border. A fragile truce was brokered between Moscow and Ankara in March 2020 in response to the months of fighting by the Russia-backed forces, but the regime still frequently carries out attacks on civilians, hindering most from returning to their homes and forcing them to seek safety at makeshift camps.