UN envoy calls on US, Russia to push for peace in Syria amid recent calm 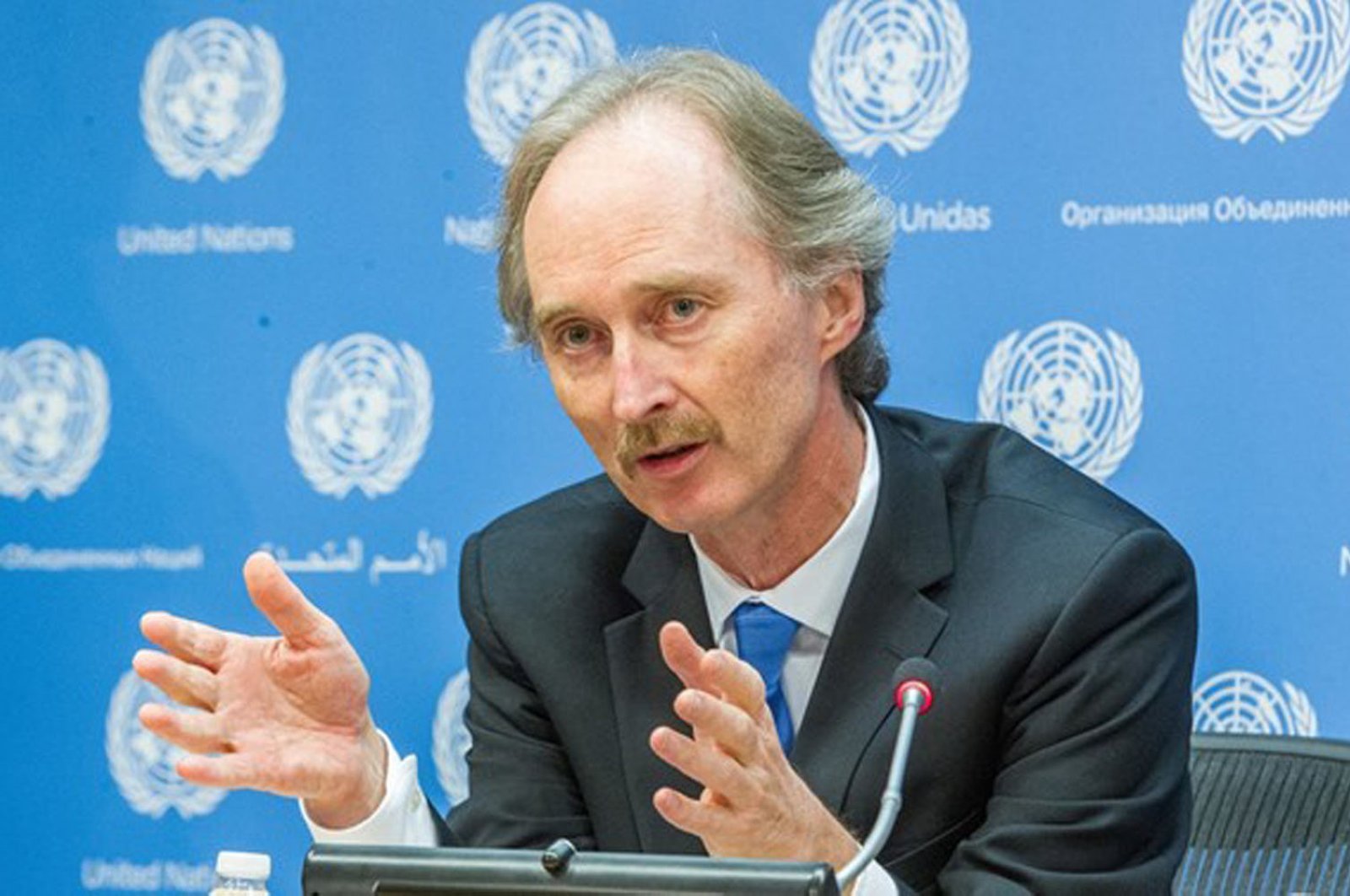 The United Nations' Syria mediator urged the United States and Russia on Monday to make the most of "some calm" in the war-torn country to push for talks aimed at bringing about peace.

A crackdown by Bashar Assad on pro-democracy protesters in 2011 led to a civil war, with Moscow backing the Assad regime and Washington supporting the opposition. Since then, millions of people have fled Syria and millions are internally displaced. The Daesh terror group also took advantage of the chaos to gain a foothold in Syria.

U.N. Syria envoy Geir Pedersen told the 15-member Security Council that since the war started, too many "fleeting opportunities to turn dynamics toward a political path were lost," warning that those "missed moments were followed by renewed violence and a hardening of positions."

“We must not repeat this pattern,” he said.

"With some calm, with the common threats of COVID and ISIS, and with the Syrian people continuing to suffer, I want to stress that renewed and meaningful international cooperation, building trust and confidence between international stakeholders and with Syrians ... is essential," Pedersen said.

"I believe that Russian-American dialogue has a key role to play here, and I encourage them to pursue it," he said.

Pedersen told the U.N. Security Council that the three countries that have taken the lead in arranging cease-fires in Syria are Assad allies Russia and Iran and opposition backer Turkey, noting that all “are key players.”

He said members of a committee from the Syrian regime, opposition and civil society who are supposed to draft a new constitution for the country and the 15 council nations are key players as well.

Pedersen said there is anxiety that while violence has somewhat abated at the moment it could escalate at any time, and deep disappointment that the political process hasn’t delivered tangible improvements for the Syrian people.

“And there is a widespread sense that international competition is more prominent than cooperation, with Syrians paying the price,” he told the U.N.'s top council.

Ultimately, Pedersen said, “there is a need to come together to support a renewed effort in a Syrian-led, Syrian-owned, U.N.-facilitated political process” toward a political settlement based on the 2015 Security Council resolution that endorsed a road map to peace including drafting a new constitution and U.N.-supervised elections.

The longstanding divisions between the U.S. and Russia over Syria were evident in their speeches to the council that followed, which gave no indication of a desire for talks.

U.S. Ambassador Kelly Craft said fully implementing the 2015 road map, starting with an immediate nationwide cease-fire, is “what will move Syria toward a future of peace” — and that’s what the Security Council must pursue.

She urged the council to ensure that the Syrian regime reverses “its destructive pattern of behavior against its own people” and agrees to a cease-fire instead of pursuing a military solution to the conflict.

Russia’s U.N. Ambassador Vassily Nebenzia called for the lifting of unilateral “suffocating sanctions” imposed by the U.S. and others which he said were preventing Syria from buying medical items to tackle COVID-19, and he criticized the illegal presence of U.S. forces in northeast Syria.

Nebenzia said Syrians themselves need to address common threats including the coronavirus pandemic, terrorism, foreign occupation and restoration of the country’s unity and territorial integrity.

“The external community should come together to provide humanitarian assistance and the post-conflict reconstruction of Syria to facilitate the political process without interfering in it,” he said.

Pedersen is the fourth U.N. envoy to try and mediate peace in Syria.

Pedersen’s encouragement to Moscow and Washington to take a leading role was his first public appeal to the rival powers on opposing sides of the conflict.

Northwestern Syria is the last major piece of territory held by opposition fighting Assad. Backed by Russia and Iran, Assad waged his latest offensive to recover the area earlier this year. Fighting has calmed since March when Turkey, which backs some groups opposed to Assad, agreed to a cease-fire with Russia.