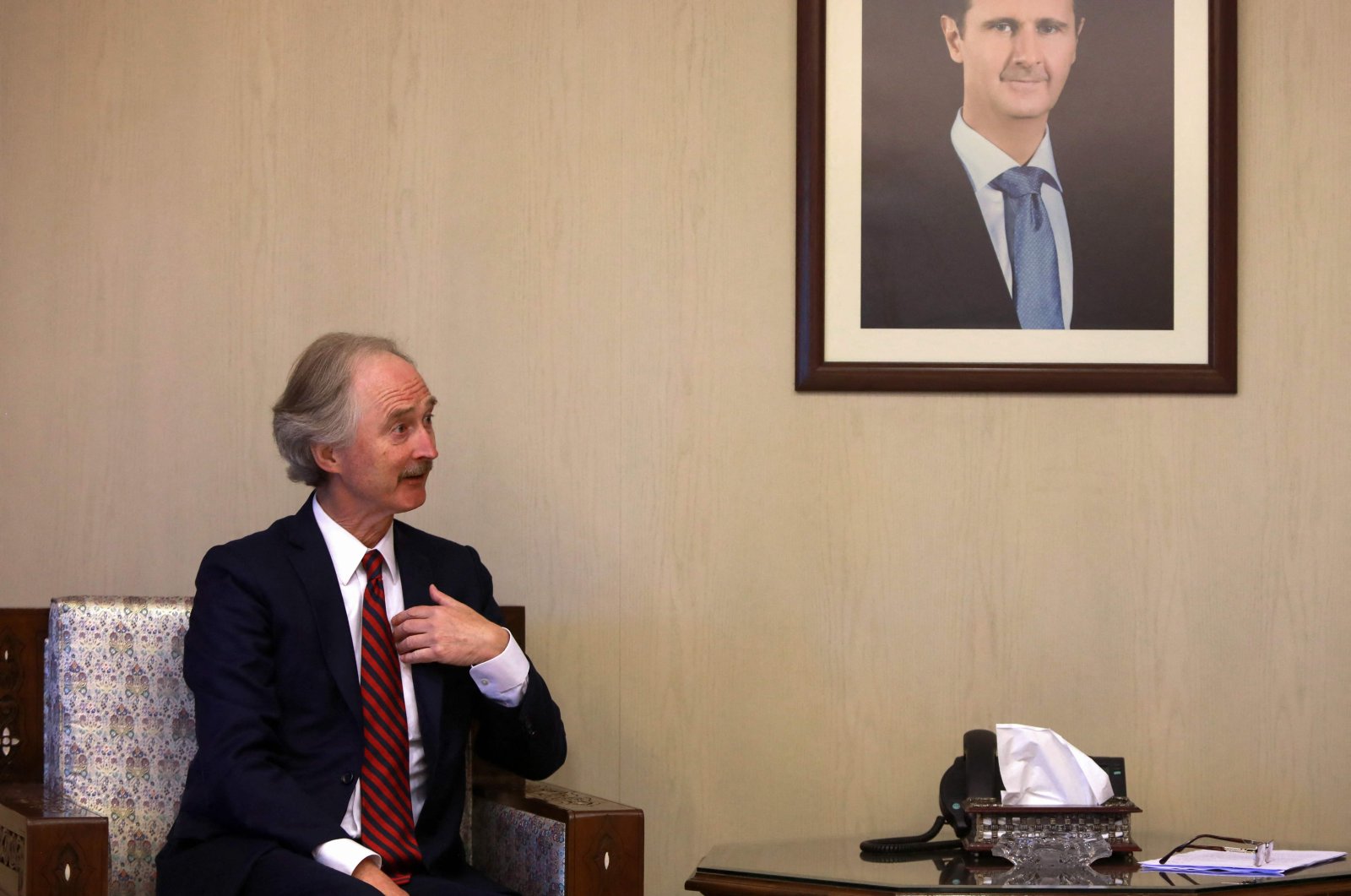 The United Nations envoy for Syria said Saturday he had "very good discussions" in Damascus and hoped that talks on a new Syrian constitution could resume soon.

"We discussed ... the economic and humanitarian challenges here in Syria, the challenges when it comes to livelihoods, and what we all can do to help improve that situation."

The envoy said he hoped "to move forward also on the constitutional committee" working towards a post-war constitution, and that it would be "possible to call for a sixth round" of talks between its members.

The U.N.-backed committee made up of 45 people – 15 delegates each representing the regime, the opposition and civil society – was created in September 2019 but has since made little headway.

Pedersen said a fifth session in January had been "a missed opportunity and disappointment."

Since then, Assad in July took the oath of office for a fourth term as Syria's president, after winning 95% of the vote in an election dismissed abroad.

After clawing back large parts of the country from rebels with key Russian backing over the years, he vowed to make "liberating those parts of the homeland that still need to be" one of his top priorities.

Endless rounds of U.N.-backed peace talks have failed to stem Syria's war, which has killed around 500,000 people and displaced millions since it started with the brutal suppression of anti-regime protests in 2011.

In recent years U.N. efforts have instead focused on the work of the constitutional committee.