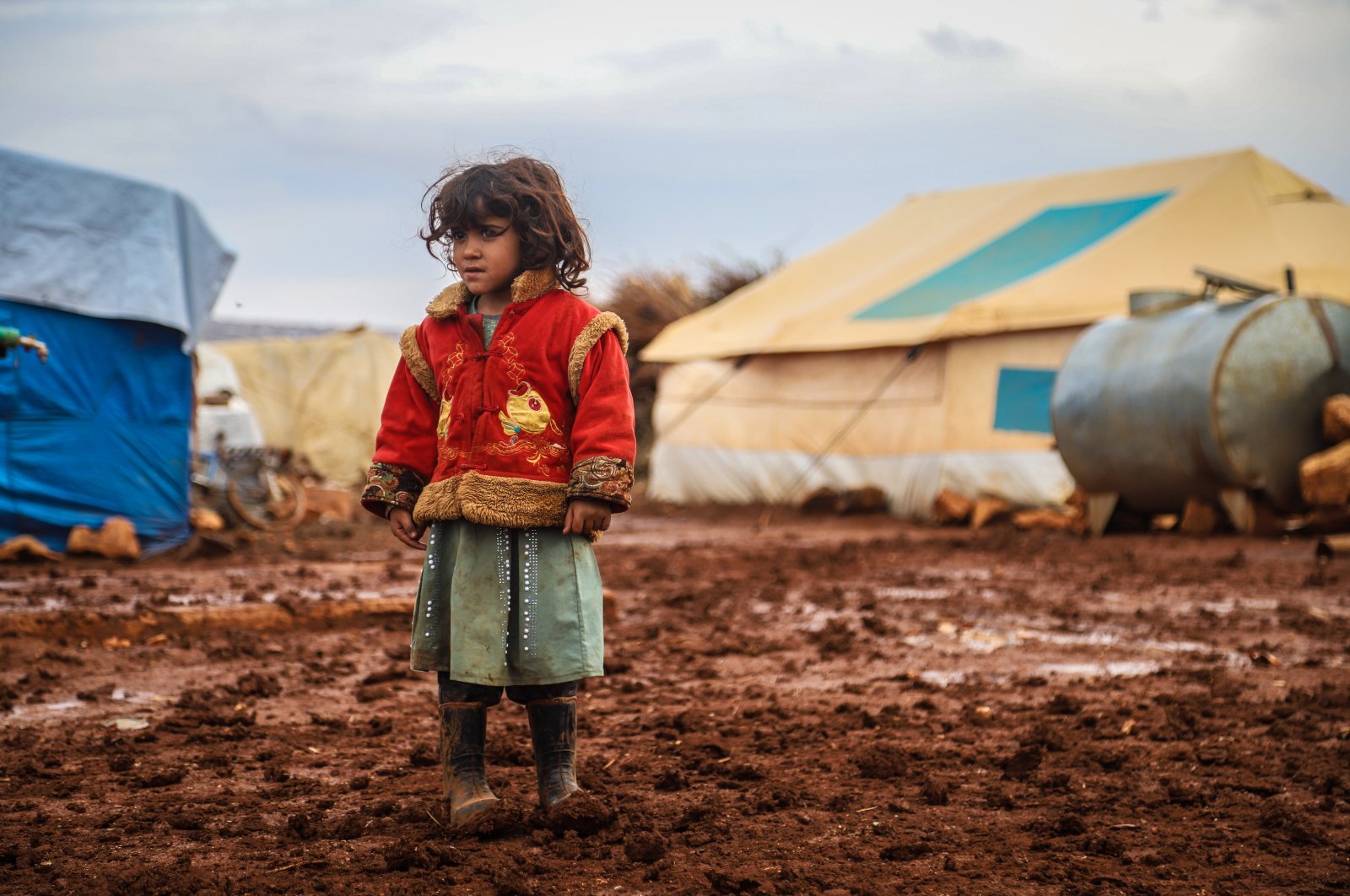 Already in dire need of lifesaving assistance, Syrian civilians in tent camps that fled Russian-backed regime bombings prepare for a harsh winter ahead amid COVID-19 pandemic

The United Nations on Wednesday expressed deep concern over escalating violence in Syria’s northwestern Idlib province following an attack by the Bashar Assad regime that killed seven, including four children.

“I condemn these killings in the strongest possible terms and pass on my deepest condolences to the families of all those who were killed or injured,” Mark Cutts, deputy regional humanitarian coordinator for the Syria crisis, said.

Cutts, in a written statement, pointed out that multiple communities in Ariha district were impacted by the shelling, including the city of Ariha, Shinan, Nahliya, Ehsem, Marayan, Deir Sunbul, Balshun and Balyun.

VIDEO — Millions of civilians in Syria’s Idlib remain in urgent need of life-saving assistance as Syrians living in overcrowded camps struggle due to rain and flooding while awaiting food, clothing and firewoodhttps://t.co/qYSprBX6yM pic.twitter.com/qgCOig0DYL

One of the children killed in the attack was a girl, identified as Rimas, who was on her way to school, according to the White Helmets civil defense group. "Her mother had only wanted her daughter to have an education and will forever be punished for this,” the group wrote on Twitter.

Cutts further stressed the violence "compounds an already dire situation on the ground" in the last opposition bastion Idlib, where millions of civilians remain in urgent need of lifesaving assistance. He elaborated that COVID-19 continues to spread in the overcrowded camps, while seasonal rain has started again and the bitter winter temperatures will soon set in.

"I continue to call on the parties in the conflict to stop the fighting,” Cutts urged, adding that all necessary measures to protect civilians and civilian infrastructure per international humanitarian law should be taken.

The attack came during a day of heavy rain, and targeted Idlib and two towns, to the north and south Wednesday as regime shelling killed seven civilians and wounded another 13, violating a cease-fire.

In March, a fragile truce was brokered between Moscow and Ankara in response to the months of fighting by the Russia-backed regime that launched military offensives in Idlib, the country's last major opposition stronghold, and displaced almost a million people from their homes. Most of the refugees sought shelter at camps close to the Turkish border, while others went to areas under the control of the Syrian opposition.

As the fight against the coronavirus pandemic continues all around the world, vulnerable groups, particularly refugees, face greater risk due to the dire conditions at camps, making them potential hot spots for a pandemic. Displaced Syrians top the list of these vulnerable groups due to their large number and the country's collapsed infrastructure and health care system.

While already struggling to survive airstrikes and trying to meet basic necessities, humanitarian workers fear that civilians could encounter a further rise in coronavirus cases, which would be disastrous in northwestern Syria. The region is home to almost 1.5 million people, who have been displaced by the bombings of Russia and the Syrian regime, and live in overcrowded camps or shelters, often with poor access to running water.

“A bloody day and a dark night is almost ending today in Syria, but the tragedies of the Syrians in it do not end. Today, the regime’s shells killed 7 people, including 4 children, while the rainstorms continue to ravage the lives of millions in the camps and in their broken homes,” the White Helmets wrote on Twitter the same day, urging the international community to respond.

Civilians who are displaced and living in overcrowded makeshift tent camps struggle also with heavy rain and floods while awaiting food, clothing and firewood aid. Tents that are unsuitable for winter conditions, often catch fire while civilians try to warm themselves or get flooded with mud due to the region’s strong winds and rains.

Fatma Said, a resident in one of Idlib’s tent camps, said: “The rain flooded our tent. The floor is wet. We have no wood to warm-up.” Said was also looking after her two grandsons after her son died in an attack, struggling to provide clothing and food. She called on humanitarian groups for aid to survive the winter.