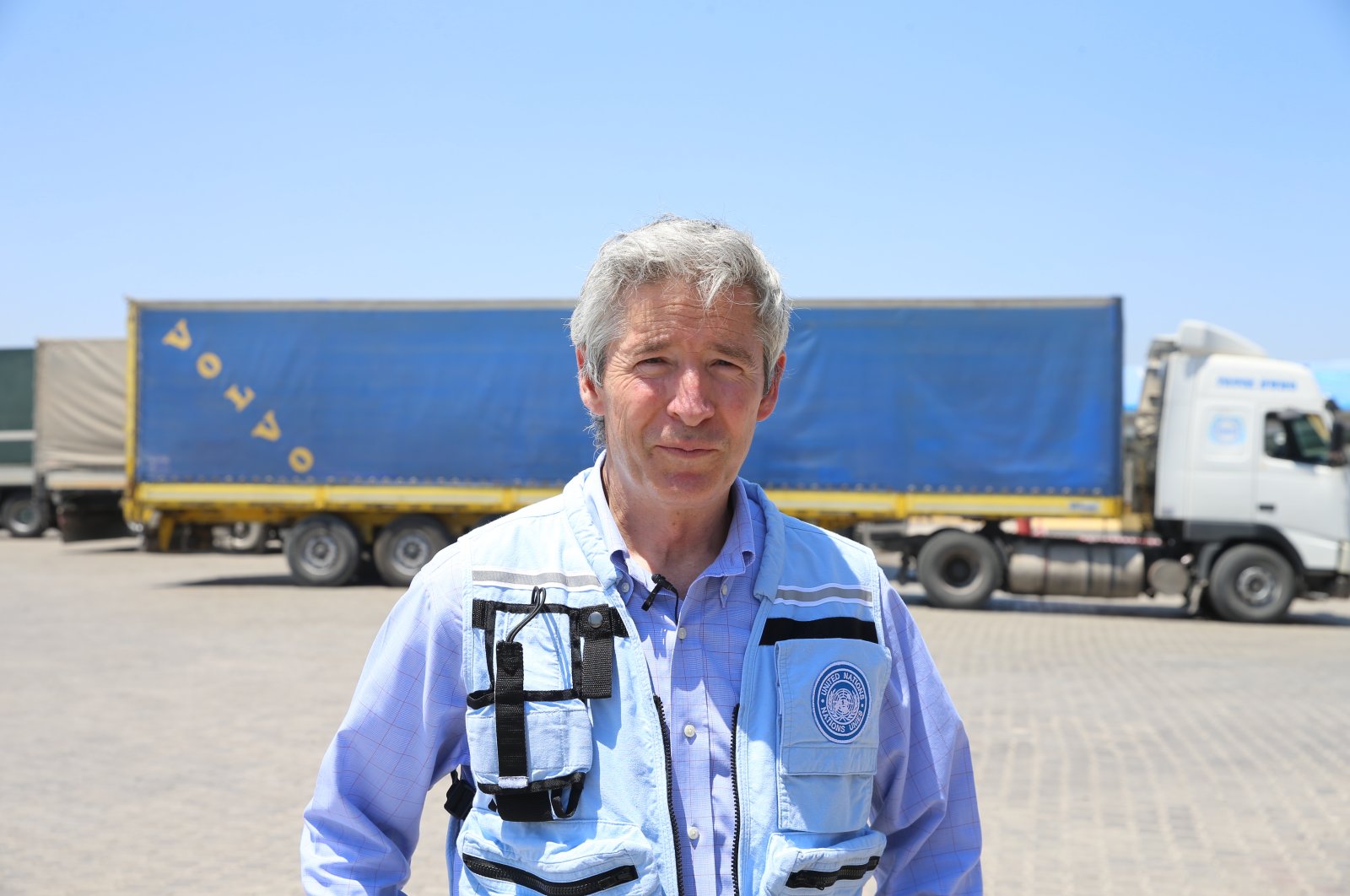 A United Nations official responsible for coordinating humanitarian aid to Syria welcomed the extension of authorization for aid crossings through the Cilvegözü border gate in southern Turkey for another year.

During a visit to the U.N. aid loading facility in the Reyhanlı district of Hatay province, near Turkey's border with Syria, Mark Cutts commented on the U.N. Security Council's (UNSC) move to extend the authorization of cross-border aid mechanisms for the delivery of humanitarian aid to Syria through Turkey for another year.

Cutts said millions of Syrians need humanitarian assistance. The majority of this aid reaches the region through the vital Cilvegözü border gate.

The official continued by saying that the aid materials go to needy families in cities such as Idlib, Azaz, Jarablus, Afrin, and al-Bab through Turkey, and that over 1,000 vehicles carrying aid crossed into Syria via Cilvegözü .

The UNSC decision ensured that food, medical equipment, tents, water and personal care products would be sent to the region without interruption, Cutts added.

International humanitarian aid to Syria was sent through four border crossings until 2020, with two of them on the Turkish borderline. However, following a Russian veto, the count of crossings was reduced to two. Later, Russia approved keeping only the Bab al-Hawa border gate open for another year.

Over the past decade, around half a million people have been killed, and more than 12 million civilians have had to flee their homes.