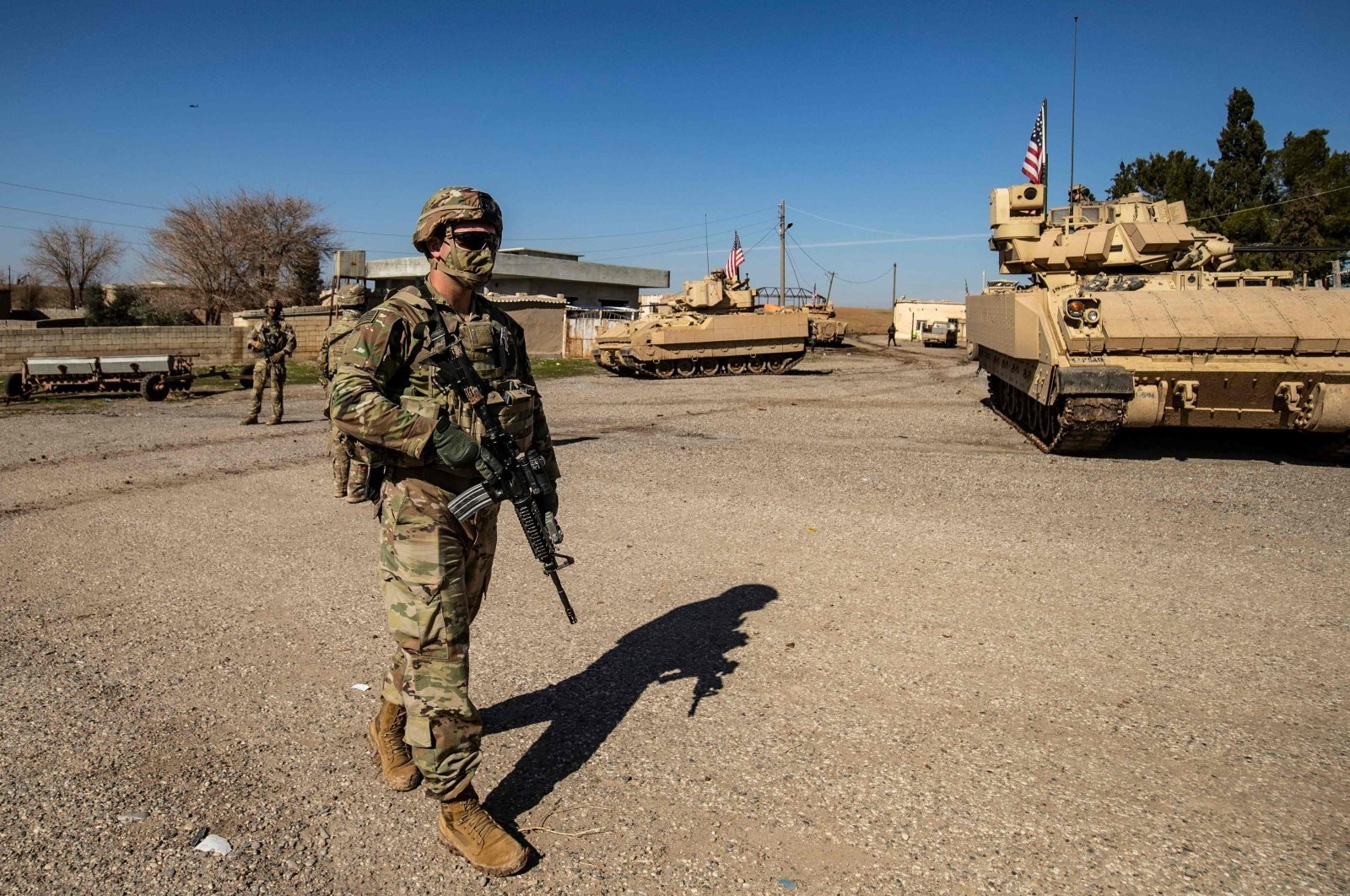 A U.S. soldier walks near a Bradley Fighting Vehicle (BFV) during a patrol in the countryside near al-Malikiyah (Derik) in Hassakeh province, Syria, Feb. 2, 2021. (AFP Photo)
by DAILY SABAH WITH AA Jul 23, 2021 8:28 am
RECOMMENDED

The U.S.-led coalition against the Daesh terror group provided military training to 400 members of the Syrian wing of the PKK terrorist organization, the YPG, in Hassakeh province in northeastern Syria, sources revealed Thursday.

They were taught how to operate light, medium and heavy weapons as well as methods of infiltrating and raiding villages.

A graduation ceremony was held on the completion of the training, which was attended by U.S. commanders and Ferhat Abdi Şahin, code-named "Mazloum Kobani," one of the ringleaders of the YPG.

The U.S. and France, which are in the coalition against Daesh, previously provided YPG/PKK terrorists with military training in parts of Hassakeh and Deir el-Zour to the east of the Euphrates River.

French soldiers, who are currently acting under the auspices of the U.S.in Syria, frequently provide artillery training to YPG/PKK terrorists.

Furthermore, local people living in areas held by the YPG have long suffered from its atrocities, as the terrorist group has a notorious record of human rights abuses in Syria, ranging from kidnappings, recruitment of child soldiers, torture, ethnic cleansing and forced displacement.

Most recently, it was revealed that the YPG had buried 68 bodies in a mass grave in northern Syria’s Afrin in yet another crime against humanity.