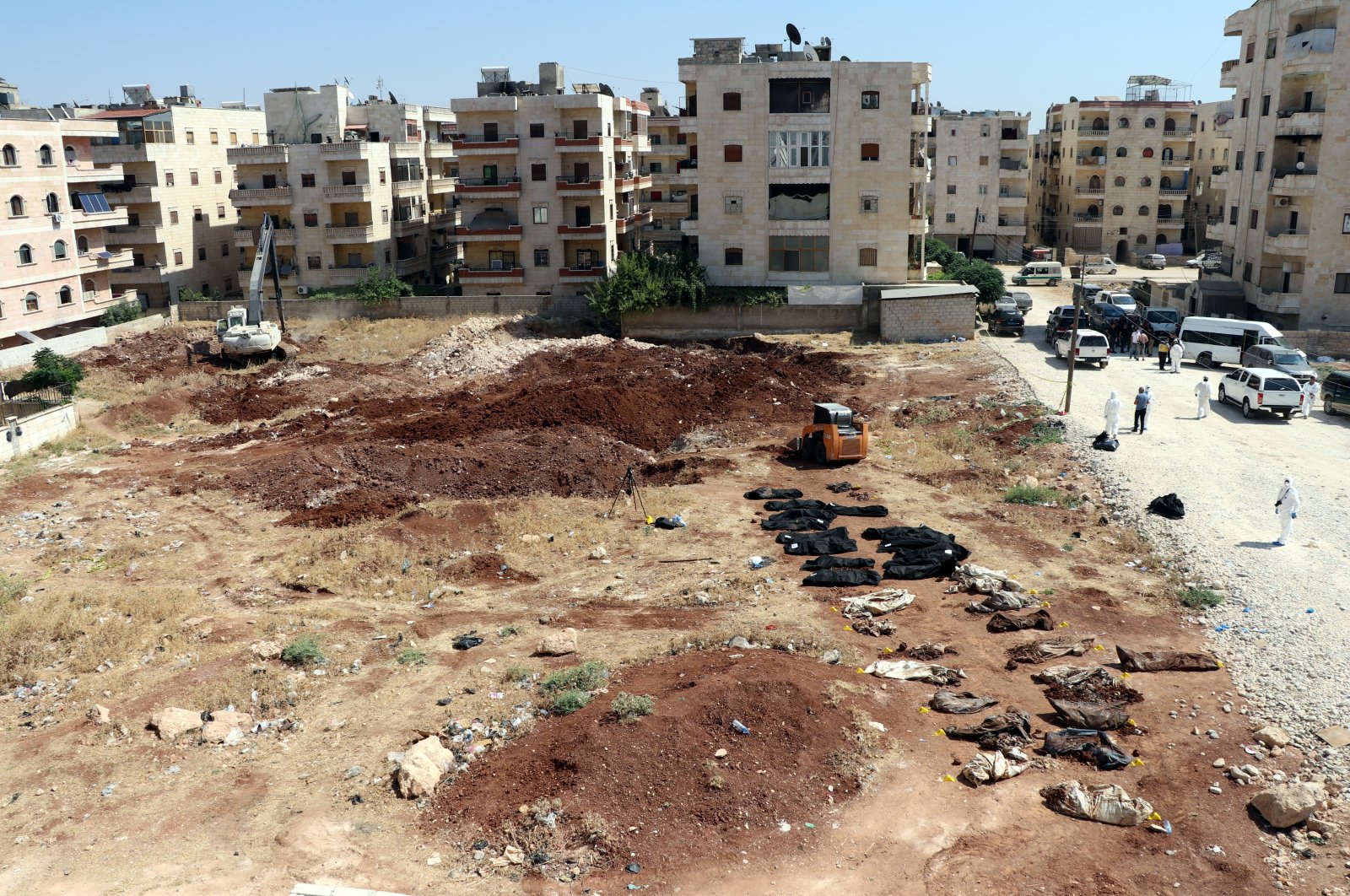 Already shaken by a mass grave and an increasing number of bodies found, locals in Syria's northern Afrin suffered another attack by the YPG/PKK

The PKK terrorist group’s Syrian wing, the YPG, has killed two civilians, including one child, and injured another 10 in a rocket attack on northern Syria’s Afrin province on Thursday.

“On sad & cruel days like today, no words describe the horrific tragedies civilians face, and the countless questions the world has to answer. How many more will die? What did they do to deserve this fate?” the White Helmets Syrian civil defense group wrote on Twitter.

The northwestern Afrin province was rid of terrorist elements thanks to Turkey's Operation Euphrates Shield, but the YPG/PKK maintains its occupation in the Tal Rifaat district although it was supposed to evacuate in line with a deal between Turkey and Russia on Oct. 22, 2019. The terrorist group continues to target central Afrin.

Backed by the Syrian National Army, Turkey conducted Operation Olive Branch on Jan. 20, 2018, to rescue Afrin from the YPG/PKK terrorist group and cleared the district of terror elements on March 18.

Ankara considers the YPG, which was deployed by the U.S.-led anti-Daesh coalition within the pretext of fighting the terrorist group on the ground, a grave national security threat.

Meanwhile, seven more bodies were discovered in the mass grave found in Afrin, bringing to 68 the number of victims exhumed from an empty piece of land occupied by YPG/PKK terrorists before the 2018 liberation, authorities said Thursday.

"When these places were under the control of the PKK terrorists, there were rumors of the disappearance and execution of those who opposed them," Mohammed Seyh Rashid, head of Afrin Local Council told reporters at the scene. "Most likely, there may be a mass grave of the disappeared and the people standing in front of them in this cemetery."

He said work will continue until the identities of the deceased are determined.

Earlier Thursday, Hatay Governor Rahmi Doğan confirmed 26 more bodies were discovered and that the number of bodies removed from the mass grave could rise.

"This is a crime against humanity," Rahmi Doğan said. "I think the number of bodies recovered will rise," he added, after the Turkish Defense Ministry initially put the number at 35 on Wednesday.

Images on Turkish television showed officials in hazmat suits surrounded by what appeared to be bodies in bags.

A recent United Nations report stated in May that the YPG has been recruiting children to fight among its ranks and that the organization has enlisted at least 400 children in the past two years.