US says Assad regime’s use of chemical weapons no surprise 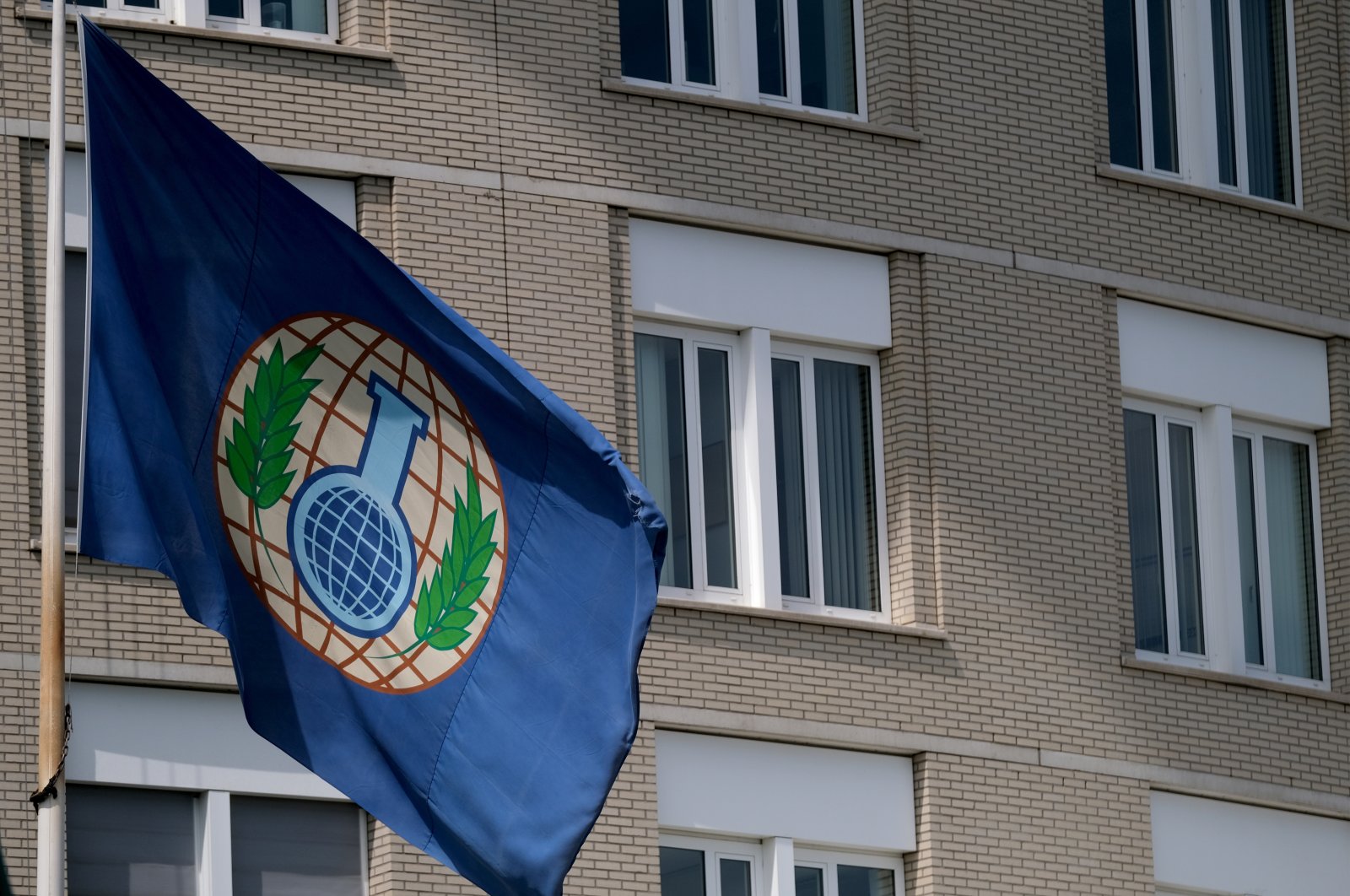 A logo of the Organisation for the Prohibition of Chemical Weapons (OPCW) is seen on a flag fluttering at the entrance of its headquarters building on June 24, 2020 in The Hague, Netherlands. (Getty Images)
by DAILY SABAH Apr 15, 2021 10:44 am
RECOMMENDED

A global chemical weapon watchdog's confirmation of the Bashar Assad regime’s use of chlorine gas in a 2018 attack on an opposition region should not come as a surprise, the U.S. State Department stated Wednesday.

"The Assad regime is responsible for innumerable atrocities, some of which rise to the level of war crimes and crimes against humanity," spokesperson Ned Price said in a statement.

"These well-documented atrocities include the use of chemical weapons, and this most recent report follows the first from IIT last year that attributed three other chemical weapon attacks to the Assad regime," he added, referring to the Organisation for the Prohibition of Chemical Weapons' (OPCW) Investigation and Identification Team (IIT).

It was the second time the OPCW’s Investigation and Identification Team has concluded that Syrian regime armed forces were likely responsible for a gas attack. Last year, the team also found reasonable grounds to believe that the Syrian Air Force was responsible for attacks using chlorine and the nerve agent sarin in March 2017 in the town of Latamneh.

In the latest report, the OPCW investigation team said it found evidence that a military helicopter belonging to the Tiger Forces of the Syrian Air Force dropped at least one chlorine cylinder on the opposition-held northern Syrian town of Saraqib on Feb. 4, 2018, making 12 people sick.

Syria has repeatedly been accused of using chemical weapons during the country’s grizzly civil war.

Yet, the regime once again denies the accusations. Syria on Wednesday angrily rejected the global watchdog's report, dismissing the charge as "fabricated."

In a statement carried by the state-run Syrian Arab News Agency (SANA), Syria's foreign ministry condemned the report "in the strongest terms."

It said Damascus "categorically denies its use of poison gas in the town of Saraqib or any other Syrian town or village."

The report by "the so-called 'identification and investigation team' on the alleged incident in Saraqib ... contains unfounded and fabricated conclusions," it said.

However, it added that it "regrets" the Syrian regime refused to grant access to the site, 30 miles (50 kilometers) south of Aleppo, despite repeated requests.

The investigative team was established after Russia blocked the extension of a joint investigation mechanism set up by the U.N. and the OPCW in 2015. That team accused Syria of using chlorine in at least two attacks in 2014 and 2015 and of unleashing sarin in an aerial attack on Khan Sheikhoun in April 2017 that killed about 100 people.

Turkey has also been urging the international community to hold the Assad regime accountable for its crimes committed using chemical weapons in Saraqib.

“Turkey will continue to support all efforts, including those by the U.N. and the OPCW seeking to ensure accountability in Syria,” the ministry said Wednesday.