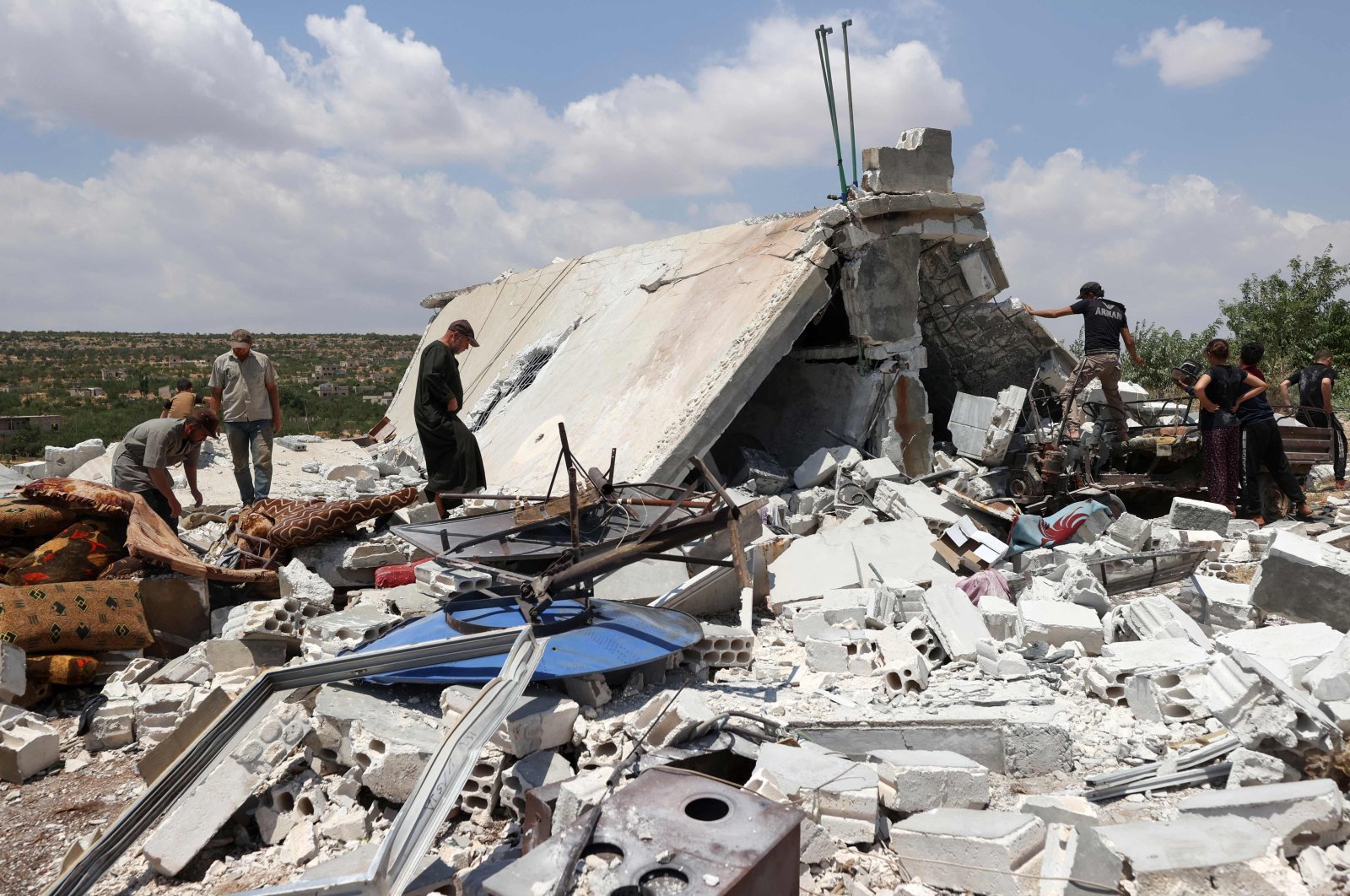 The United States late Sunday urged the Bashar Assad regime and its backer Russia to respect the cease-fire in Syria’s northwestern Idlib province after civilians were killing in deadly airstrikes, including at least six children.

“Yesterday, Russian and Assad regime airstrikes and artillery killed at least eight civilians in Syria – most of them children – and hit a Syria Civil Defense center. These attacks on civilians, health workers, and first responders in northwest Syria must end and the cease-fire must be respected,” the U.S. Embassy in Syria stated.

Artillery fire from Assad regime-controlled territory and airstrikes Saturday on civilians killed eight, six of whom were children, in renewed attacks that the United Nations called “the worst since the cease-fire brokered in March last year.”

“This is just tragic," said the regional director of U.N. children's agency UNICEF, Ted Chaiban. “An escalation of violence will only result in cutting short the lives of more children. We call for the protection of all children and strongly urge those fighting to refrain from further attacks."

The White Helmets civil defense group on Sunday stated that the attacks continued on the second day.

“Russia and regime forces renewed their bombardment today on northern #Syria, targeting many towns in southern Idlib with artillery and missile shells,” they said, adding that many injured civilians were rescued and evacuated from danger zones.