US welcomes progress in Syrian constitutional talks in Geneva 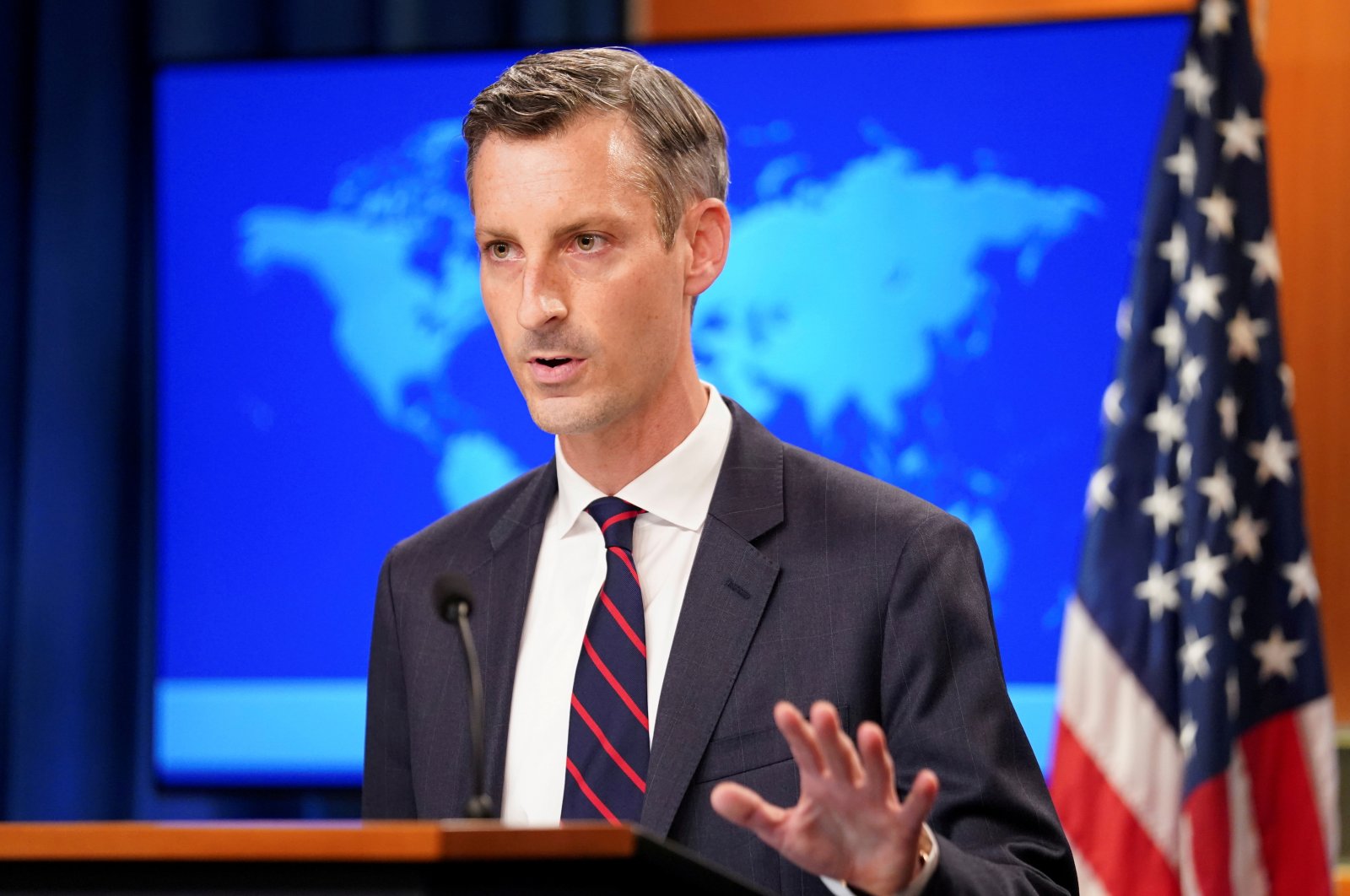 The United States welcomed the opening of the sixth round of talks between the Syrian regime and opposition in Geneva on Monday.

U.S. State Department spokesperson Ned Price said, "It is essential that the Syrian regime and leaders of the opposition engage constructively in Geneva," consistent with the U.N. Security Council resolution on Syria.

A new round of talks focusing on a new constitution for war-torn Syria began Monday in Geneva, with the opposition side saying they will continue, but with the outcome being unclear at this stage.

The opposition co-chair of the Small Body of the Syrian Constitutional Committee, Hadi al-Bahra, said after Day One, "the talks will go ahead tomorrow."

He said he could not predict the outcome of the talks, which are scheduled to continue until the end of the week.

In January, a round of Syrian peace talks in Geneva had failed as the sides could not agree on how to engage.

His co-chair on the constitutional committee from the Syrian regime, Ahmad Kuzbari, left Monday's talks earlier without commenting.

Geir Pedersen, the U.N. special envoy on Syria, had told journalists Sunday, "We now start the drafting process of the Constitutional Committee."

"And of course, while we are doing that, we all realize that we are not working in a vacuum, we understand the realities of the ground in Syria, we know that since last March 2020, there has been relative calm on the ground," he explained.

But Pedersen pointed out that calm is relative, "because we daily have civilians being killed and injured, and my appeal has therefore been that we need to do something to correct the situation."

He said that the Syrian Constitutional Committee is an essential contribution to the political process for the country.

"But the committee in itself will not be able to solve the Syrian crisis, so we need to come together, with serious work, on the Constitutional Committee, but also address the other aspects of the Syrian crisis," said the U.N. envoy.

Pedersen said that on Sunday, another important meeting took place.

"For the first time, the two co-chairs, the one nominated by the government and the other nominated by the opposition, were sitting down together with me for a substantial and frank discussion on how we are to proceed with the constitutional reform," he said.

They also discussed planning for the week ahead, said the U.N. envoy.

At another press conference Sunday, al-Bahra said: "It is not the first time we see each other face-to-face. Because as you know, in the previous five sessions of the constitutional committee, all members were meeting in the same place and talking to each other in the same room. But there was previously no direct negotiation between the two co-chairs."

The committee meetings, which started in October 2019 with 150 members, are the first concrete step to draft a new constitution to determine Syria's future.

Syria has been embroiled in a vicious civil war since early 2011 when the Assad regime cracked down on pro-democracy protests with unexpected ferocity.

Syria’s 10-year conflict has killed over 350,000 people and displaced half of the country’s prewar population of 23 million people, including more than 5 million refugees mostly in neighboring countries.

A round of Syrian peace talks in Geneva in January failed as the sides could not agree on how to engage. After the fifth round of negotiations failed in late January, Pedersen hinted the Syrian regime delegation was to blame for the lack of progress.

In January, Pedersen said that Assad's representatives had rejected proposals by the Syrian opposition as well as the envoy’s own ideas for moving the constitutional process forward.

"Since then ... I have been ... trying to be able to establish a consensus on how we are going to move forward. And I am very pleased to say that we have reached such a consensus," he said Sunday.

Western diplomats say Russia prodded Damascus in recent weeks to show flexibility in the talks, and Pedersen has made two trips to Moscow in recent months.

"The Syrian Constitutional Committee is an important contribution to the political process but the committee in itself will not be able to solve the political crisis," he said.

Pedersen announced late September an agreement on the “methodology” for a sixth round, which is based on three pillars: respect for rules of procedure, the submission of texts of “basic constitutional principles” ahead of the meeting and regular meetings of the co-chairs with him before and during the meeting.

At a Russia-hosted Syrian peace conference in January 2018, an agreement was reached to form a 150-member committee to draft a new constitution.

The 2012 U.N. road map to peace in Syria calls for the drafting of a new constitution and ends with U.N.-supervised elections with all Syrians, including members of the diaspora, eligible to participate.

The United States and several Western allies accused Assad of deliberately stalling and delaying the drafting of a new constitution until after presidential elections to avoid a U.N.-supervised vote, as called for by the Security Council.

In late May, Assad was reelected in what the regime called a landslide for a fourth seven-year term. The West and his opposition described the election as illegitimate and a sham.

Pedersen said the need for “a genuine intra-Syrian dialogue” was reportedly discussed by Assad and Russian President Vladimir Putin recently in Moscow, “and through this, a genuine process of Syrian political reform.”

After support from ally Russia, Assad has recovered most of Syria, but significant areas remain outside his control: Turkish forces are deployed in much of the north and northwest and U.S. forces are stationed in the YPG-controlled east and northeast. The YPG is the Syrian branch of the PKK terrorist group.