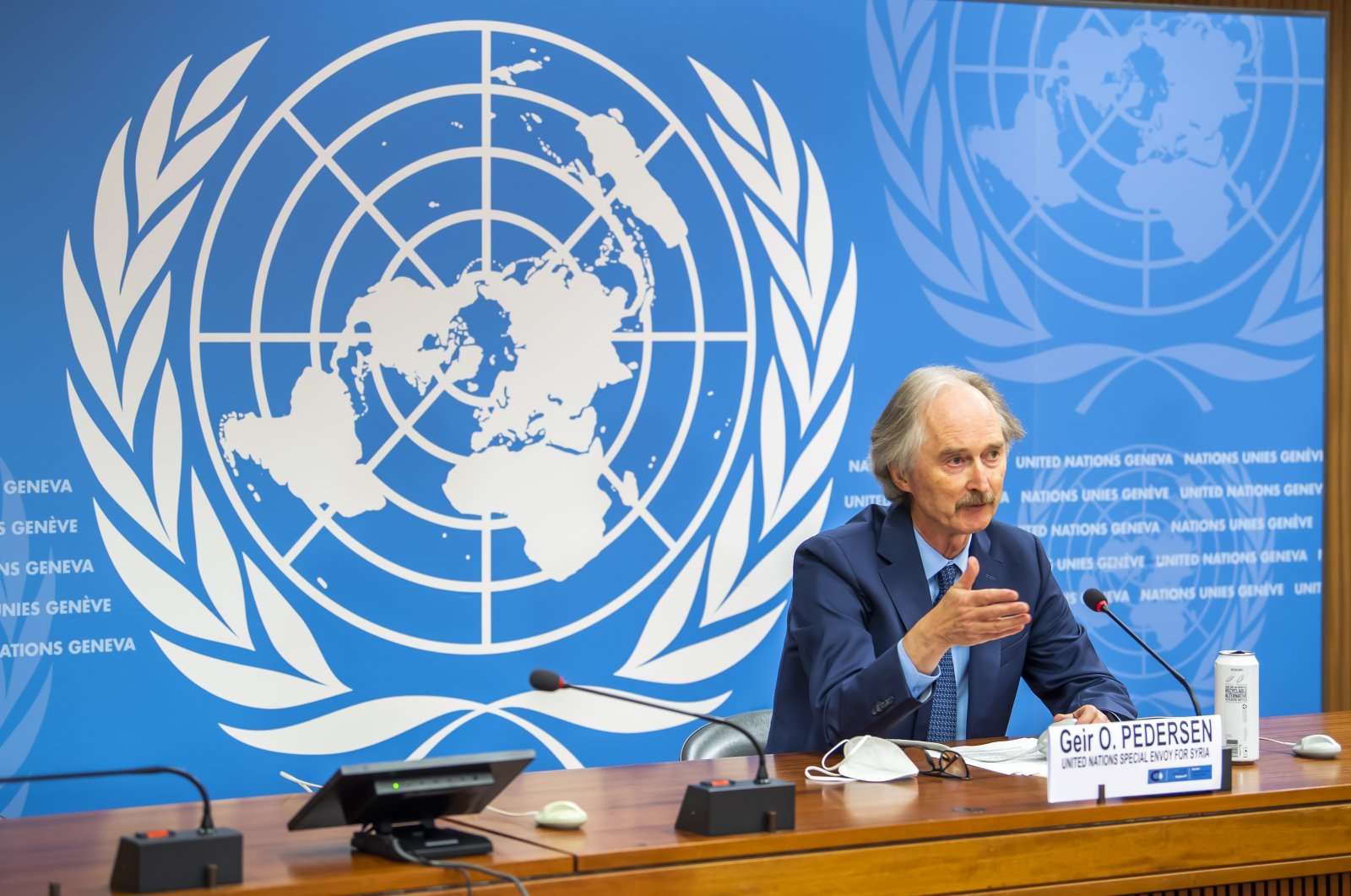 U.N. Special Envoy for Syria Geir Pedersen speaks to the media about the sixth session of the Constitutional Committee Small Body, during a press conference at the European headquarters of the United Nations in Geneva, Switzerland, Sunday, Oct. 17, 2021. (AP Photo)
by DAILY SABAH WITH AGENCIES Oct 17, 2021 6:41 pm
RECOMMENDED

The Syrian opposition and the government representatives of the Syrian Constitutional Committee agreed to launch a drafting process for constitutional reform in the country, according to the U.N. Special Envoy.

Envoy Geir Pedersen, speaking to reporters in Geneva after meeting the Syrian co-chairs ahead of weeklong talks on Sunday, said they had agreed to "prepare and start drafting constitutional reform."

The talks will be the sixth round in two years and the first since January.

“The co-chairs are also committed to setting provisional dates for future meetings and discussing a workplan,” he said.

Syria’s nearly 10-year conflict has killed more than half a million people and displaced half the country’s pre-war 23 million population, including more than 5 million refugees mostly in neighboring countries.