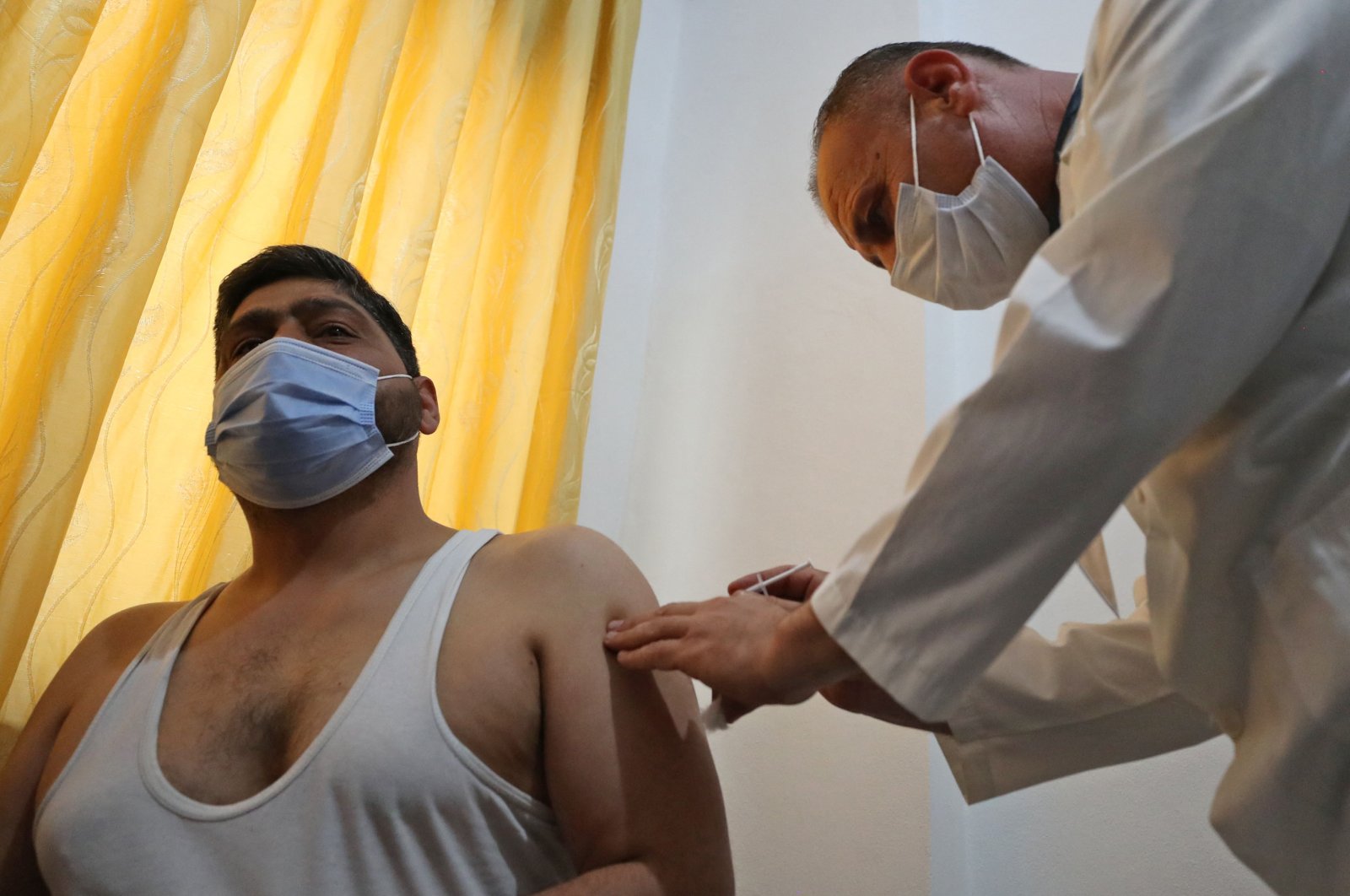 A COVID-19 vaccine campaign kicked off in Syria’s last opposition-held enclave on Saturday, with a 45-year-old front-line nurse becoming the first to receive a United Nations-secured jab.

Nizar Fattouh, a nurse in Ibn Sina Hospital in Idlib city, received one of 53,800 AstraZeneca vaccines delivered to northwest Syria through Turkey on April 21.

The vaccines come amid a new surge of infections in the war-torn country. Syria supplies of oxygen are depleted and its hospitals were already overwhelmed from 10 years of conflict and deteriorating health care services.

The AstraZeneca vaccines were delivered to the opposition-controlled area through a border crossing with Turkey, the northwestern territory’s only gateway to the outside world.

Idlib health official Yasser Najib said the jabs were provided through the U.N.-led COVAX program for the world’s poor and developing nations.

He said the vaccination campaign will last 21 working days, starting Saturday in two of the enclave's largest hospitals. On Monday, the campaign will unfold in other health centers, Najib said.

He said the small quantity will prioritize health care workers and aid personnel who are on the front line of the battle against the coronavirus. Infections among health care workers in the enclave have been high, accounting for as many as 30% of confirmed cases at one point.

There are over 21,000 confirmed infections in the opposition-held enclave, home to 4 million people, most of them displaced from different parts of Syria by the conflict. At least 641 have died in the area from COVID-19 related complications. Conflict has subsided in the area, but outbreaks of violence are still reported.

Syria has been divided by the war so vaccinations in Bashar Assad regime-controlled areas, nearly 60% of the country's territory, are managed and take place separately.

The regime has secured 200,000 vaccines through the U.N.-led program but also has obtained doses from China, Russia and the United Arab Emirates. A limited inoculation campaign had also begun in regime-controlled areas that are experiencing increased pressure on hospitals.

The World Health Organization has said the vaccination campaign in Syria aims to inoculate 20% of the total population residing in the country by the end of the year.