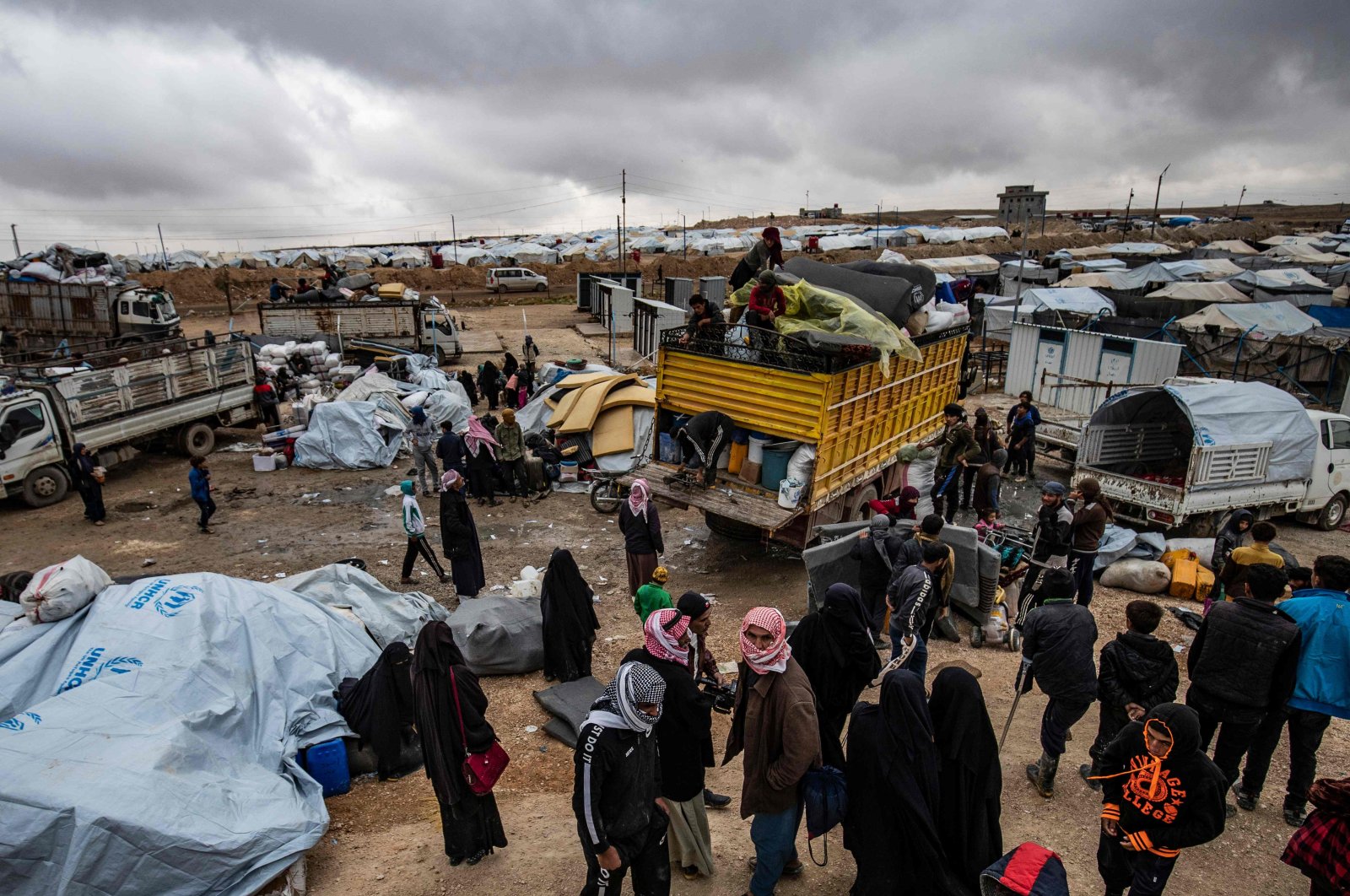 Syrians load their belongings onto trucks as they prepare to leave the YPG-run al-Hol camp, which holds relatives of alleged Daesh fighters, in the al-Hasakeh governorate of northeastern Syria, Nov. 16, 2020. (AFP Photo)
by Agencies
Nov 17, 2020 10:41 am

More than 500 Syrians, some related to alleged Daesh members, were released by the YPG/PKK terrorist group from the overcrowded al-Hol camp in northeast Syria Monday.

Those set free Monday are from Deir el-Zour province, a majority Arab region that has seen protests against the YPG/PKK.

The YPG, the Syrian offshoot of the PKK terrorist group, released 290 Daesh members and their families from the same camp last month.

The group established the temporary settlement in April 2017 and it is notorious for its poor living conditions.

Al-Hol hosts more than 60,000 people, including 24,300 Syrians that were either captured or displaced by fighting to expel Daesh from its last scrap of Syrian territory almost two years ago, according to the United Nations Office for the Coordination of Humanitarian Affairs (OCHA).

Iraqis make up the bulk of foreigners in al-Hol, which also holds alleged Daesh relatives from around 50 countries, including Western nations.