The Christmas we didn't want: World heads into season of isolation amid COVID-19 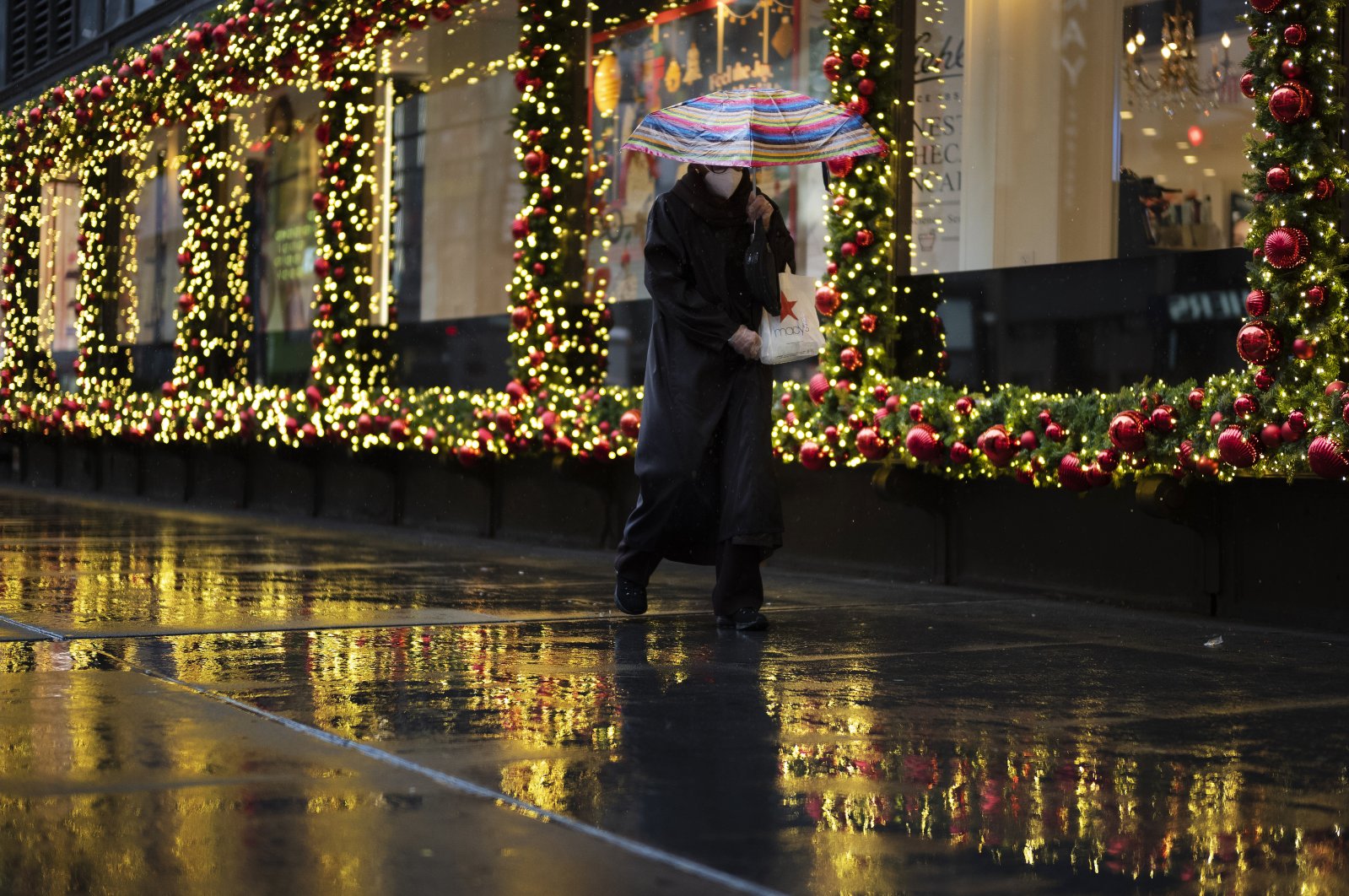 Many countries around the world are embracing restricted Christmas celebrations this year, taking precautions to stem the spread of coronavirus with leading experts warning that gatherings could drag the health system even deeper into crisis

Countries around the world are trying to find the right formulas to keep their people safe for Christmas, especially as new coronavirus variants prompt renewed travel bans and fuel resurgent infections, hospitalizations and deaths at the end of an already devastating year.

All most people wanted for Christmas after this year of COVID-19 pandemic uncertainty and chaos was some cheer and togetherness. Instead many are heading into a season of isolation.

While British authorities planned to relax restrictions, allowing up to three households to mix in the days around Dec. 25, the emergence of a new, more contagious variant of the coronavirus changed that. The four nations of the U.K. – England, Scotland, Wales and Northern Ireland – are all in various states of shutdown and have ditched their Christmas plans.

Hopes that a vaccine could stop the spread were high just weeks ago when Britain was the first country to roll out a rigorously tested shot, but now an aura of dread hangs over the holiday as daily new infections soar. Residents of British capital and southeast England can't see people outside their households. Instead of Christmas joy, a sense of dread and isolation is looming. Dozens of countries have limited flights from Britain and daily new infections are running at record highs. Hospitals across the U.K., which has Europe's second-highest virus-related death toll at over 68,000, are heading towards capacity at a time of year when other illnesses abound.

The virus has been blamed for more than 1.7 million deaths worldwide, and many are still grieving – or worried about loved ones in hospitals or nursing homes as the virus surges anew. But some who have survived sickness – and everything else that 2020 has thrown at them – are looking to rejoice.

In Brazil, Christmas 2020 will look much like normal – even though the country has been among the world's hardest-hit by the pandemic and new COVID-19 infections are now on track to match the peak of the first surge. Many beaches and restaurants in Rio de Janeiro were packed last weekend, despite a city measure forbidding drivers to park along the shore. No national restrictions have been imposed ahead of Christmas, though the governor of São Paulo ordered that only essential services such as public transport, supermarkets and pharmacies remain open around Christmas and New Year's Eve. Sao Paulo, Rio de Janeiro and Salvador have also called off their Dec. 31 firework displays.

South Africa is targeting beaches and booze as it imposes new restrictions for the Christmas season amid resurgent infections. Alcohol can only be sold Monday through Thursday, and a nighttime curfew is in place. Beaches – major tourist attractions this time of year – will be closed on Christmas Eve, Christmas Day and New Year's Day. The government is urging people to avoid crowded Christmas celebrations, but indoor gatherings of up to 100 people are still allowed; outdoors up to 250 people can congregate. Police are setting up roadblocks to slow a second surge of infections that authorities and scientists say is being fueled by another variant of the virus, one distinct from the variant affecting England. Some countries are banning flights from South Africa, where the weekly infections and deaths have doubled over the past two weeks, as The Associated Press (AP) reported.

The U.S. has issued no nationwide restrictions on travel, a decision left to state governments, but a federal agency is advising against crisscrossing the country for the Christmas season. Still, millions of people have passed through airport security in recent days. The travel company AAA predicted that nearly 85 million Americans would be journeying during the holidays – a 29% decline from last year. The U.S. has reported by far the most virus infections and deaths in the world, over 18 million cases and 322,800 deaths, according to a tally by Johns Hopkins University. Even before Christmas, new cases have been rising over the past two weeks.

According to Reuters tally, Europe became the first region worldwide to mark the deaths of 500,000 people due to the coronavirus on Tuesday, as a new variant of the discovered in Britain threatened the region's prevention measures to curb the pandemic.

In Italy, which has Europe's highest confirmed death toll and where many have fallen into poverty following lockdowns, the government has imposed even more restrictions. Travel between regions is banned for 16 days, and a curfew begins at 10 p.m. From Dec. 24-27, "red” rules kick in, closing all shops except food stores, pharmacies and hairdressers – since looking one's best is essential in Italy. Two people can visit the home of another family member and bring children younger than 14 with them. Restaurants and cafes can't serve customers, although takeout and home delivery are allowed. From Dec. 28-30, Italians segue into ''orange” rules, when nonessential shops can reopen, although dining out is still banned. Things turn red again for Dec. 31-Jan. 3, orange for Jan. 4, then red again on Jan. 5-6 for the national holiday on Epiphany.

Unlike much of the world, Lebanon eased restrictions during the holidays, hoping to inject foreign currency into a tanking economy. Tens of thousands of Lebanese expats have arrived home for the holidays, leading to fears of an inevitable surge in infections. Last week, the Interior Ministry allowed nightclubs to reopen – but said dancing will be prohibited. That triggered a debate on social media about what constitutes dancing. Lebanon's health sector has been challenged by the pandemic that struck amid an unprecedented financial crisis. The massive Aug. 4 explosion in Beirut's port only increased pressure on the city's hospitals, knocking out at least three of them.

Meanwhile, reports about fragile health system in France have been poured out from every corner of the country, with many expressing fears about growing number of virus cases and urging restrictions during the holiday period.

The head of the infectious diseases unit at Paris' Saint-Antoine hospital, Karine Lacombe, warned Wednesday that the coronavirus pandemic is not under control in France and a new lockdown must remain an option.

"On the epidemiological front, the epidemic is by no means under control," Lacombe told BFM TV, according to remarks carried by Reuters.

Medical experts have voiced concerns that the Christmas holidays could result in a resurgence of COVID-19 cases in the country. Data published on Tuesday showed that France had reported a further 802 related deaths in the last 24 hours, and another 11,795 confirmed cases, bringing the national tally to more than 2.5 million infectious. Nearly 62,000 patient have died since the virus first emerged in China last year.

The mayor of the city of Nancy in eastern France called for more restrictive measures to be imposed locally from Dec. 28 to curb the spread of the coronavirus. Mathieu Klein said that the epidemic has reached a critical point in the eastern region that was the epicenter of the outbreak during the country's first COVID-19 wave.