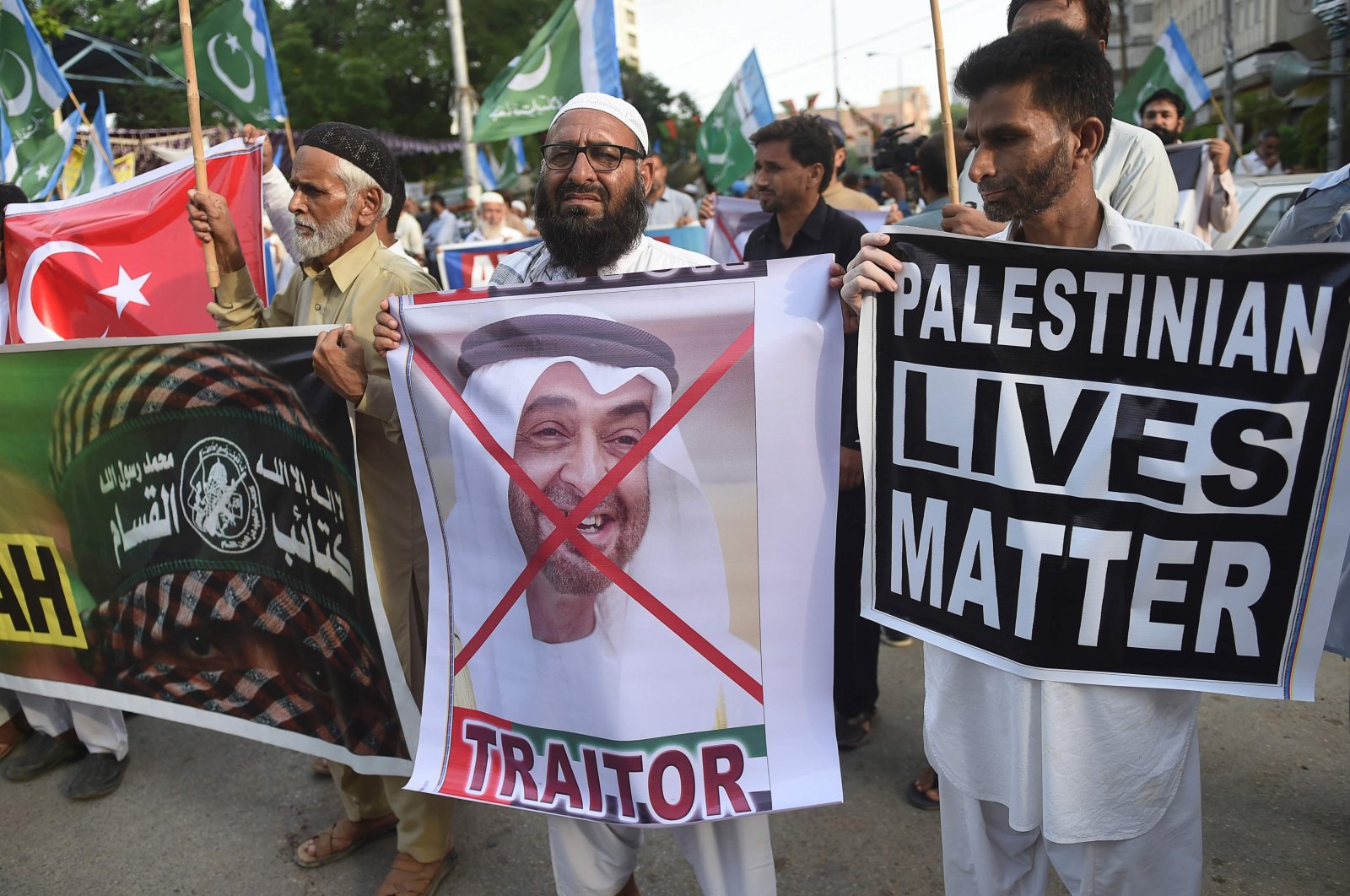 Tens of thousands of Pakistanis marched Sunday against a recent, controversial deal between the United Arab Emirates (UAE) and Israel meant to normalize bilateral relations, including opening embassies in each other's territory.

Rallies and demonstrations were held in the capital Islamabad, the port city of Karachi, the northeastern city of Lahore, Rawalpindi, Peshawar, Quetta, Faisalabad, Multan, Hyderabad and dozens of other cities and towns on the call of Milli Yakjehti Council, a religiopolitical alliance.

In the garrison city of Rawalpindi, thousands marched through the city's thoroughfares led by Sen. Sirajul Haq, chief of the country's mainstream Jamaat-e-Islami (JI) party.

The JI observed the day as "Palestine Day" to express solidarity and support the Palestinians' resistance against the illegal Israeli occupation.

Carrying banners and placards with slogans such as "Down with Israel," "UAE-Israel deal on U.S. pressure unacceptable," and "Pakistanis stand with Palestinians," among others, the protesters gathered at the historic Liaquat park to begin the rally.

Addressing the participants, Haq said Palestine was not the issue of Arabs only but the entire Muslim world.

"Palestine is the land of Palestinians. No deal or backtracking can deprive them of their fundamental right," he said. "Palestinians have been fighting for their land for over 70 years. But, until Aug. 13 (2020), no country has disgraced itself as the UAE has done ... the entire Muslim world rejects this so-called deal, even if some Muslim governments accept it."

The party chief urged Islamabad to try convening an urgent meeting of the Organization of Islamic Cooperation (OIC) to discuss the latest situation.

In Karachi, hundreds gathered outside the Karachi Press Club to denounce the deal.

He said neither the UAE nor any other country had the right to accept Israeli occupation of Palestinian land in the name of "peace."

The JI held another protest outside the Lahore Press Club, which was addressed by the party's secretary-general, Ameerul Azim, and other leaders.

In Peshawar, the capital of northwestern Khyber Pakhtunkhwa province, a large number of people gathered at the historic Mahabat Khan Mosque and marched toward Yadgar Chowk to register their protest.

The agreement is the third Israeli-Arab peace treaty in the Middle East and the first involving a Gulf state. While some have welcomed the deal, Palestine, Iran and Turkey have denounced it.