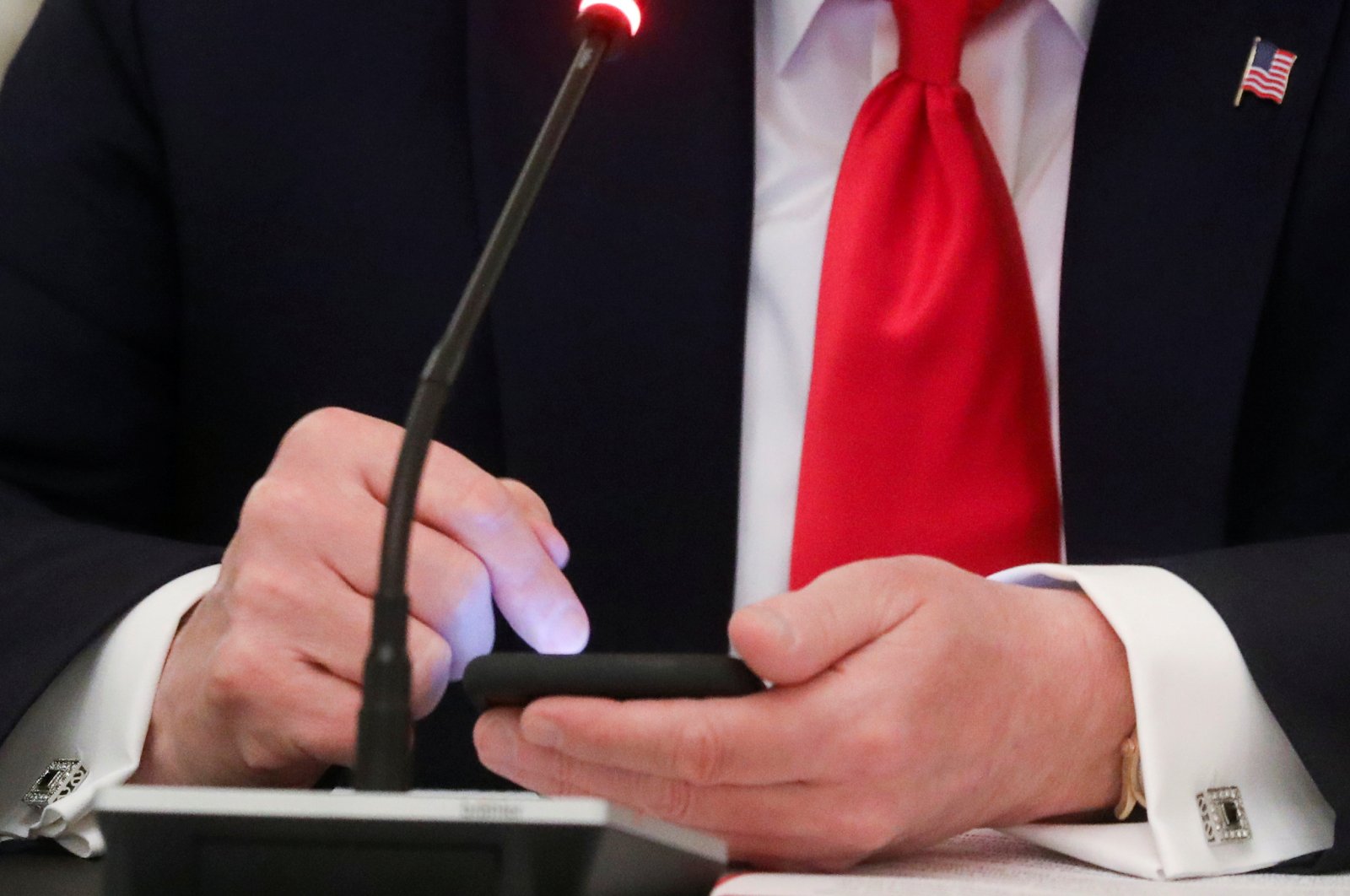 U.S. President Donald Trump taps the screen on a mobile phone at the approximate time a tweet was released from his Twitter account, during a roundtable discussion on the reopening of small businesses in the State Dining Room at the White House in Washington, U.S., June 18, 2020. (Reuters Photo)
by REUTERS Jun 23, 2020 10:20 pm

Twitter Inc said on Tuesday it had placed a warning notice on a tweet from U.S. President Donald Trump for violating its policy against abusive behavior.

"There will never be an "Autonomous Zone" in Washington, D.C., as long as I’m your President. If they try they will be met with serious force!" the U.S. president's tweet read.

In a tweet, the company said it had hidden Trump's tweet behind its "public interest" notice because there was a threat of harm against an identifiable group.